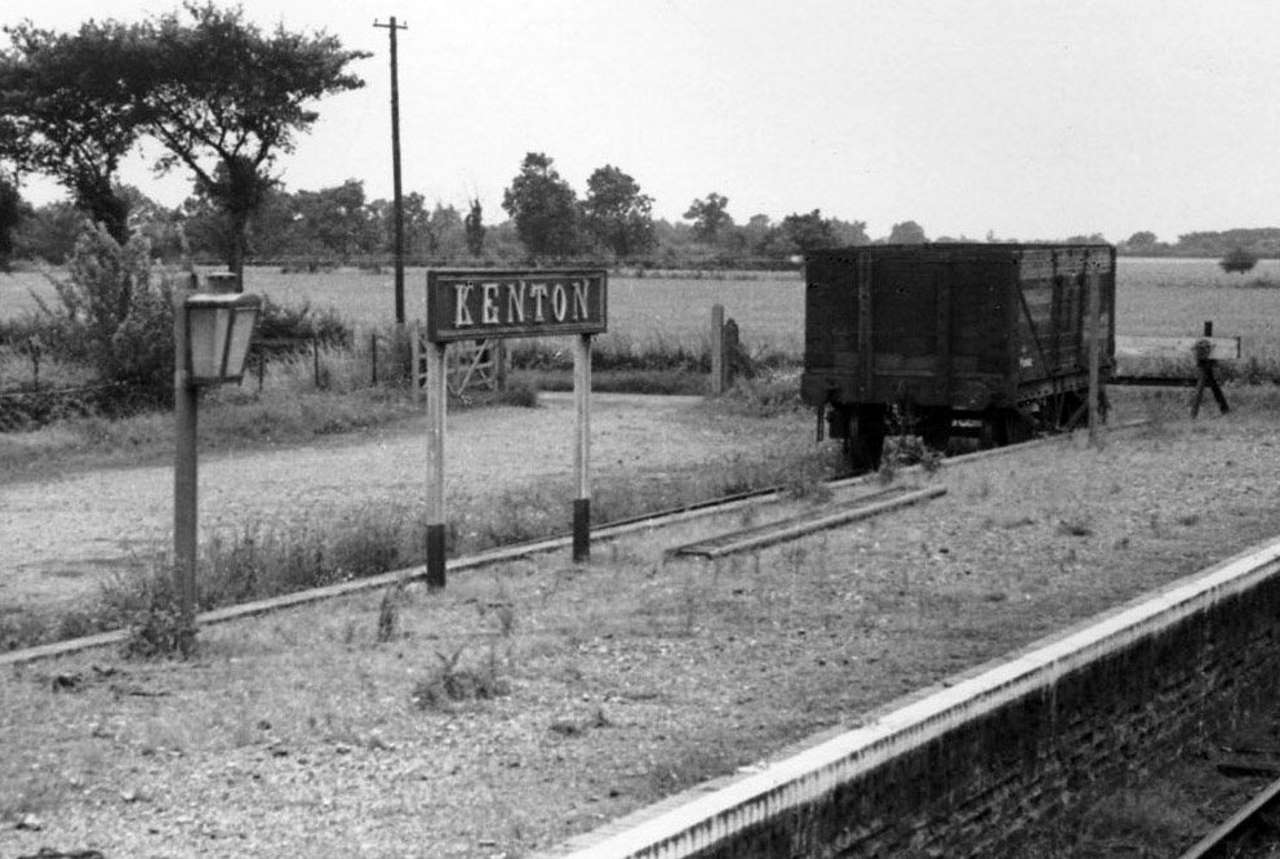 One of the few station running boards known to be in existence since the closure of the old railway has become part of the museum collection at the Mid Suffolk Light Railway.

The Kenton sign had previously been part of the national collection with the National Railway Museum.

Previously, the Museum of British Transport in Clapham were owners of the running in boards after the original line closed in 1952.

However, in the early 1970s, the museum was closed down, and the exhibits were moved to the National Railway Museum at York.

Kenton was the only station on the Mid Suffolk Railway to have two running in boards.

After the Mid Suffolk Light Railway Society was formed, Archivist, David Chappell contacted the National Railway Museum to ask about the loans of the signs. This original request was turned down due to insufficient security at the premises.

During the years since, the MSLR has become a proper company, registered Charity and fully-recognised heritage railway.

David had kept contact with the NRM, and in 2013, their policy changed to one of greater outreach for their collection. After another formal request, the MSLR became custodians of the signs, albeit on loan.

Another six years on, after 30 years of negotiations, the Deed of Transfer form has been completed and signed and the Kenton Running in Board officially belongs to the Mid Suffolk Light Railway.

Steam trains to return to the Worth Valley this August

Why not make this December one to remember with a magical trip on the heritage railway's well-loved Santa...