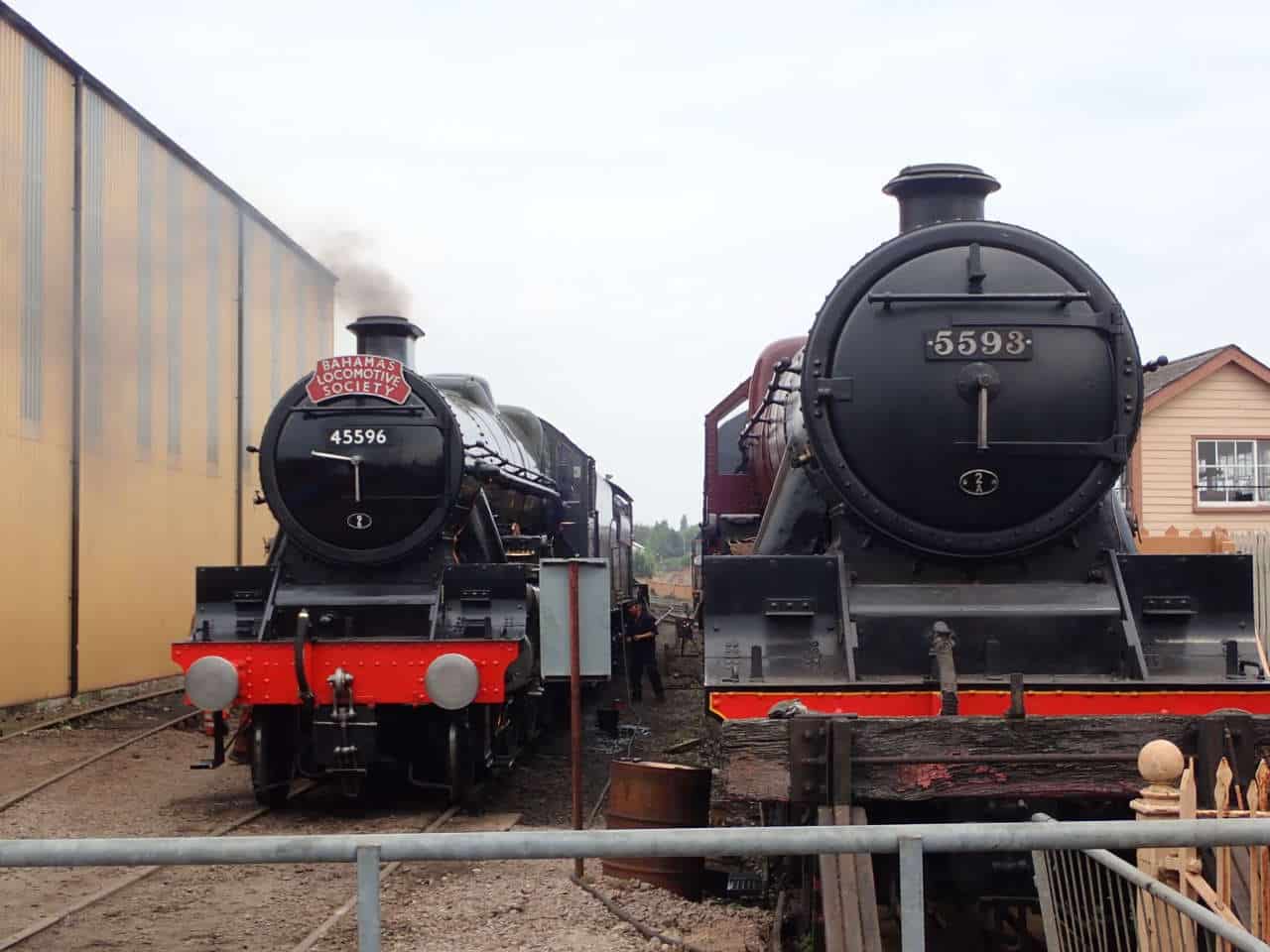 Vintage Trains has announced that Ex-LMS 5593 Kolhapur will be overhauled at Tyseley.

The LMS Jubilee has been out of service since awaiting an overhaul since withdrawal in the 1990s.

The Tyseley team are aiming to overhaul 5593 Kolhapur in time to steam in 2022 for the Commonwealth Games.

Vintage Trains is in early talks with the Commonwealth Games organisers to have steam hauled trains to the Birmingham games in 2022.

Yes, you read that right, Kolhapur will be overhauled to mainline condition and will run tours when completed.

Trustee David Keay has also announced today that a Kolhapur Club will be set up to finance the major overhaul of the 5XP.

5593 was built in 1934 by the North British Locomotive Company to the design by Sir William Stanier and is named after Kolhapur, a state in Western India.

The locomotive was in service for 33 years, when it was withdrawn from traffic in October 1967.

You can donate or join The Kolhapur Club by clicking here. The stunning rail trip will return next summer running between Fort William and Mallaig and hauled by K1...