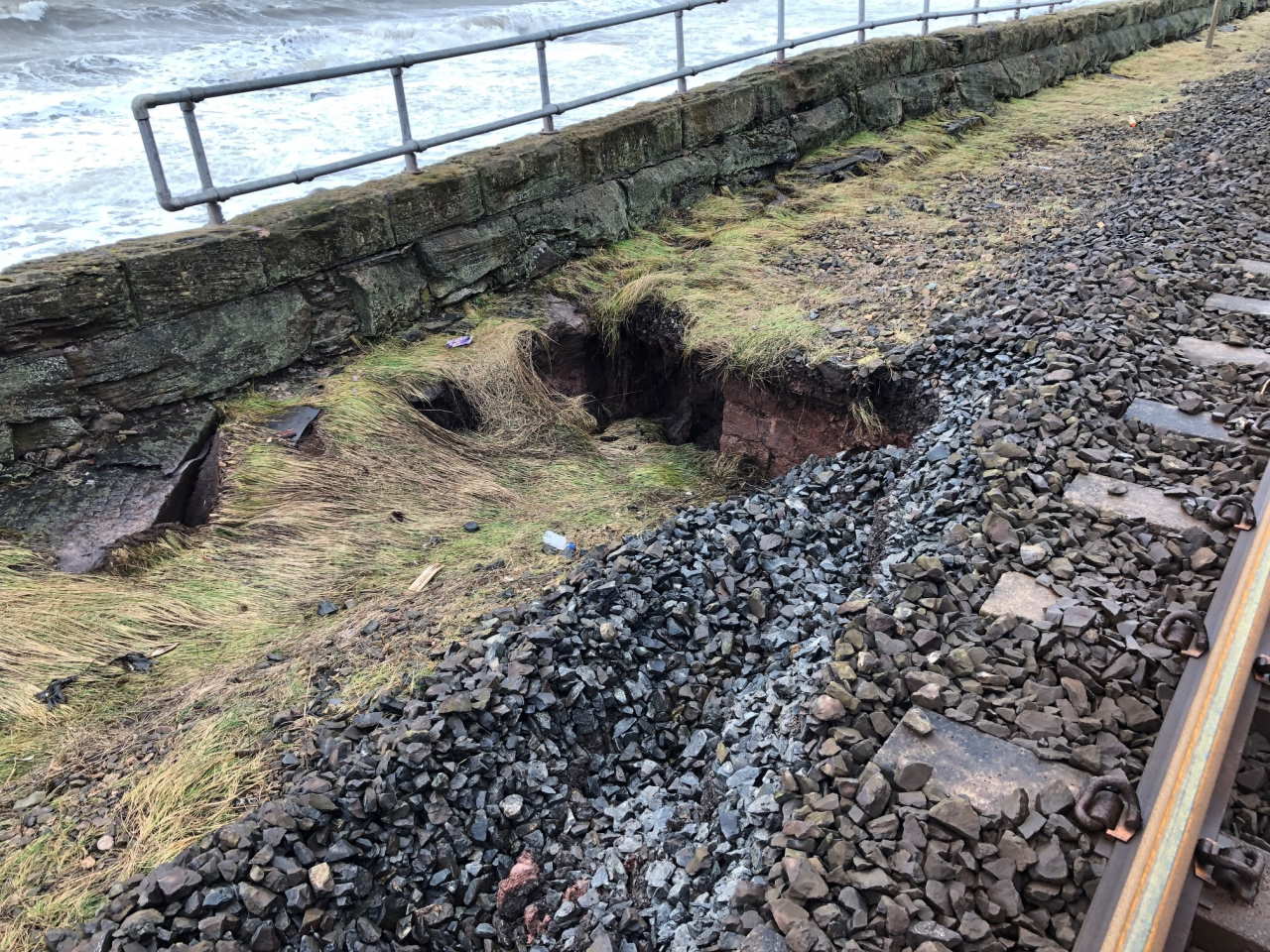 Trains have begun running on the Cumbrian Coast line again after three storms closed the line earlier in 2020.

Northern train services have resumed on the line from this week after Network Rail replaced a railway bridge at Parton, which was damaged beyond repair by Storms Ciara, Dennis and Jorge.

For the last 11 weeks, the railway between Whitehaven and Workington has been closed so that the bridge could be made safe.

Teams have now replaced the underpass beneath the railway, strengthened the sea wall and relaid track.

Whilst trains can now run on the line, Network Rail expect to be on-site improving fencing and landscaping in the area for another four weeks.

Phil James, route director for Network Rail’s North West Route, said: “The scale of the storm damage on the railway at Parton was significant, and I’m pleased that the Cumbrian Coast line is now available for essential passenger and freight services. Our teams have worked tremendously hard over the last 11 weeks to get the railway back up and running, and the upheaval that Covid-19 has caused in that time makes the focus and teamwork demonstrated by colleagues all the more impressive.”

While the railway was closed, work on the sea defences (scheduled for later in 2020) was brought forward to minimise future disruption to passengers.

Later in June, the line between Millom and Sellafield will be closed for nine days due to work to replace the track at Eskmeals, near Ravenglass station.

Chris Jackson, regional director at Northern, said: “It’s great to be able to welcome our customers back onto trains along the whole of the Cumbrian Coast. Network Rail has done a fantastic job in not only repairing the damage, but also making improvements to the existing infrastructure. Our customers have already shown remarkable patience while the work was completed, but I ask them to please continue to be understanding as we work through the ongoing coronavirus crisis. Though our trains have returned, capacity on those trains is significantly reduced as we try to help people socially distance while travelling.  Only essential journeys should be made by rail and I am asking everyone to consider if their journey is absolute necessary and, if not, please leave spaces for those who have to travel.”

Can you help the Crich Tramway Village during the COVID-19 outbreak?

No disruption to Christmas travel on West Coast main line, but work between Milton Keynes and Rugby to...