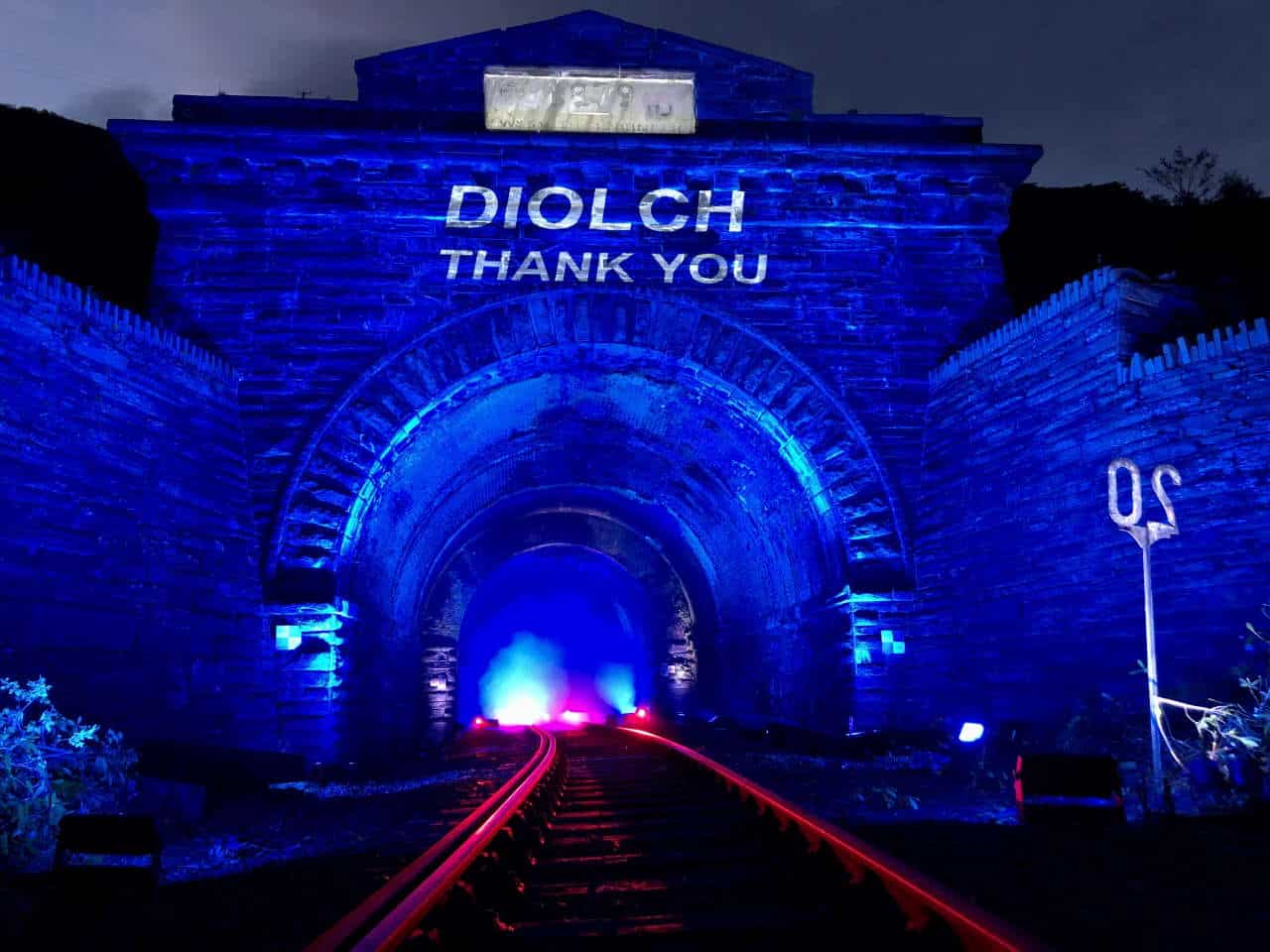 A railway tunnel in Blaenau Ffestiniog was lit up last night in support of the NHS workers fighting against the coronavirus.

The lighting up of the tunnel also recognises the work that railway staff complete, as they are themselves classed as key workers.

The tunnel was built between 1873 and 1879 when the railway was built to tap the slate. The tunnel is two and a half miles long, with the southern portal being built of rough-dressed slate.

Network Rail has thanked Dyer and Butler who made the lighting up of the tunnel possible.

Bill Kelly, Network Rail’s Route Director for Wales and Borders, said “What we have seen from our NHS workforce, and indeed from all critical workers over the last couple of months is literally awesome. We are all very proud of what they are doing for the entire country. The lighting up of this iconic tunnel is a simple yet effective way we can join in with the entire nation in saying “thank you” to all those critical workers.”