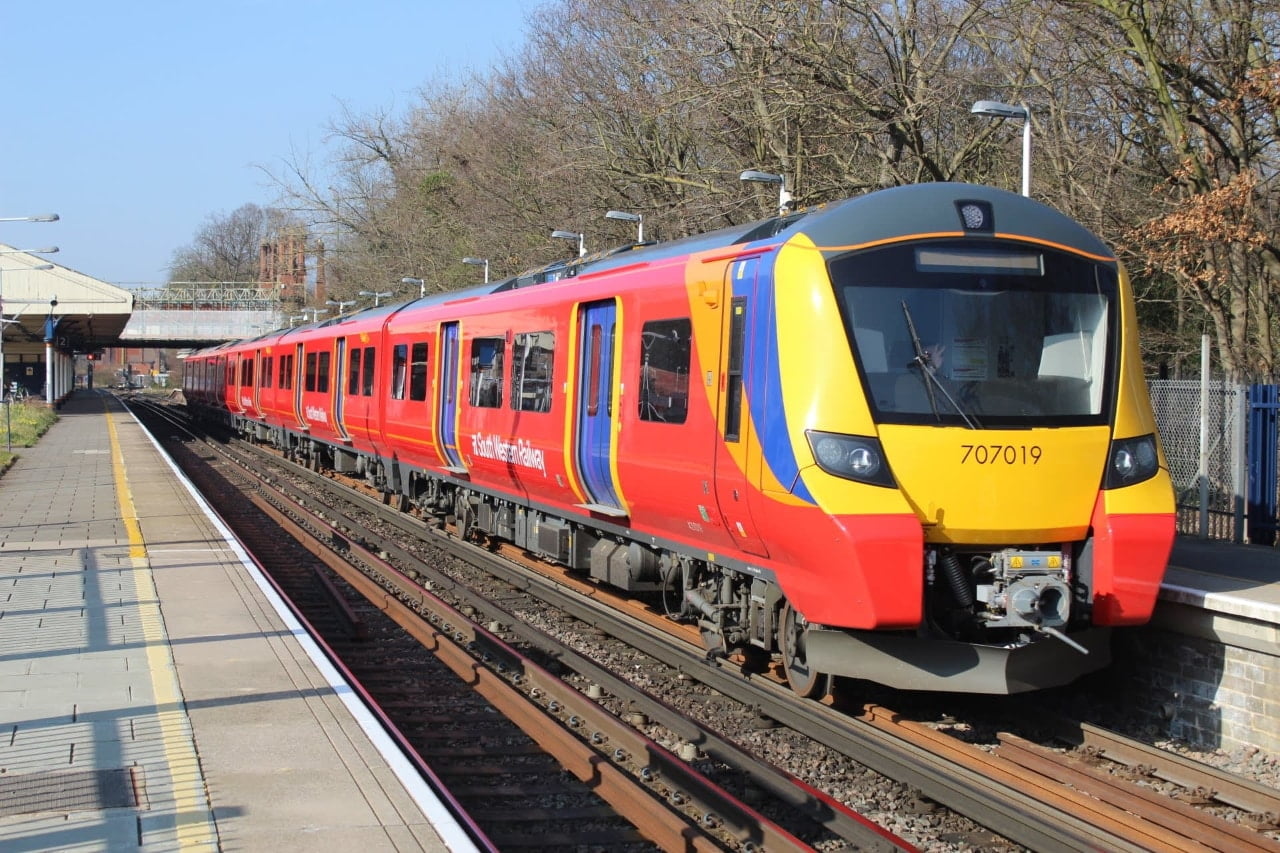 Southeastern has announced that they are planning to use five-car Class 707 trains in the future.

30 Five Car units will transfer over to Southeastern when they are made redundant by South Western Railway.

Class 707s will be replaced by 90 Class 701 Aventra trains, which are on order from Bombardier for South Western Railway, which will be used on Metro services from London Waterloo.

As these new trains will replace Class 707 trains, it is not yet known when any Class 707s will move over to Southeastern.

“We are in the early stages of planning for additional capacity for the Southeastern network- this is part of the Direct Award Contract announced this week with the Department for Transport.

“We are dependent on the availability of existing rolling stock, and we are working with the industry on a plan to transfer 30 x 5 car Class 707 units which are currently in service on the South Western Railway network – only when they become available.”