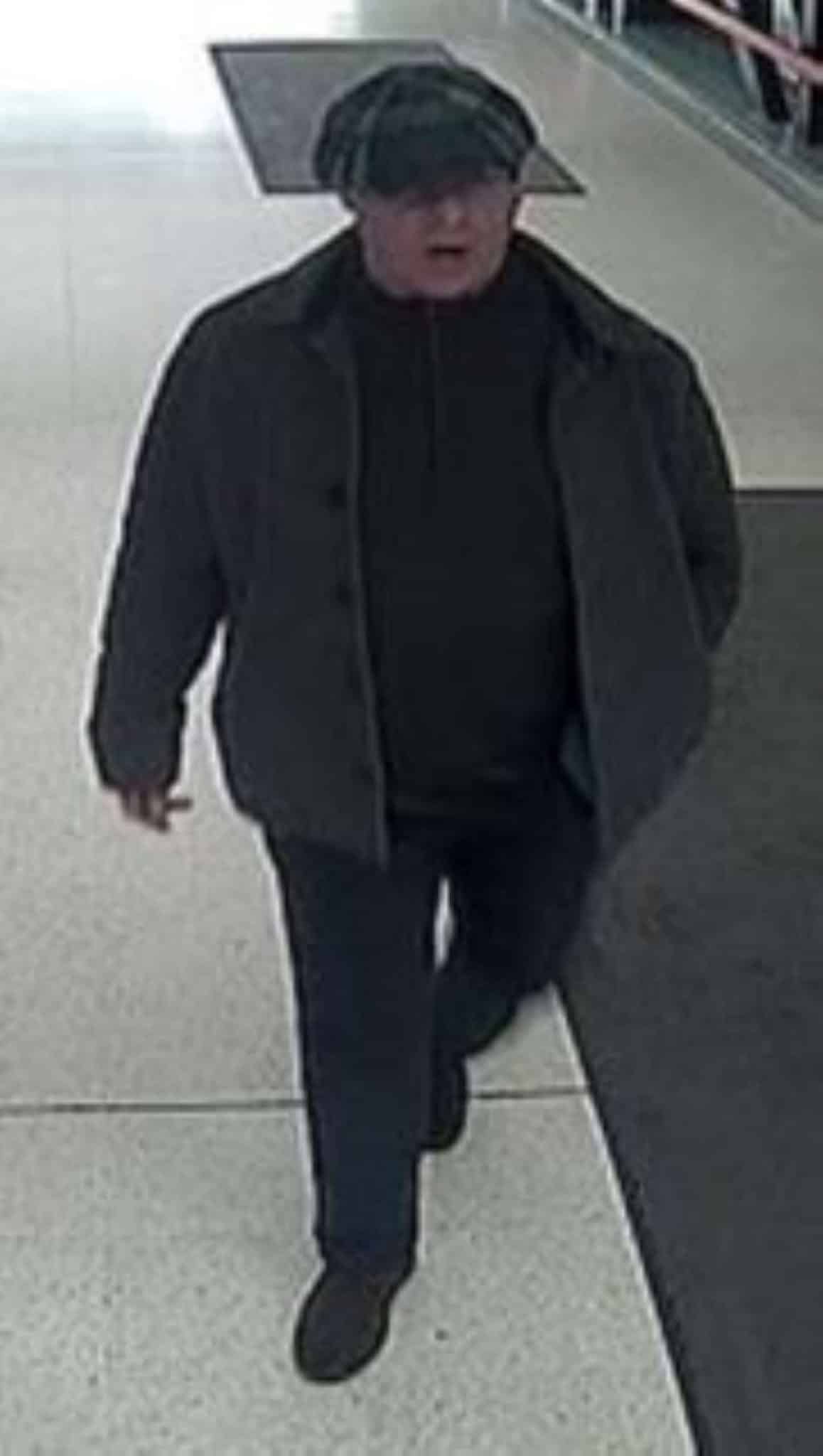 A man has been reported to have touched himself inappropriately in front of a woman and daughter as the train travelled between Birmingham Moor Street and Birmingham Snow Hill.

The man is then reported to have followed the pair off the train at Snow Hill and inappropriately touched the daughter.

Officers would like to speak to the man in the images who may have information that could help their investigation.