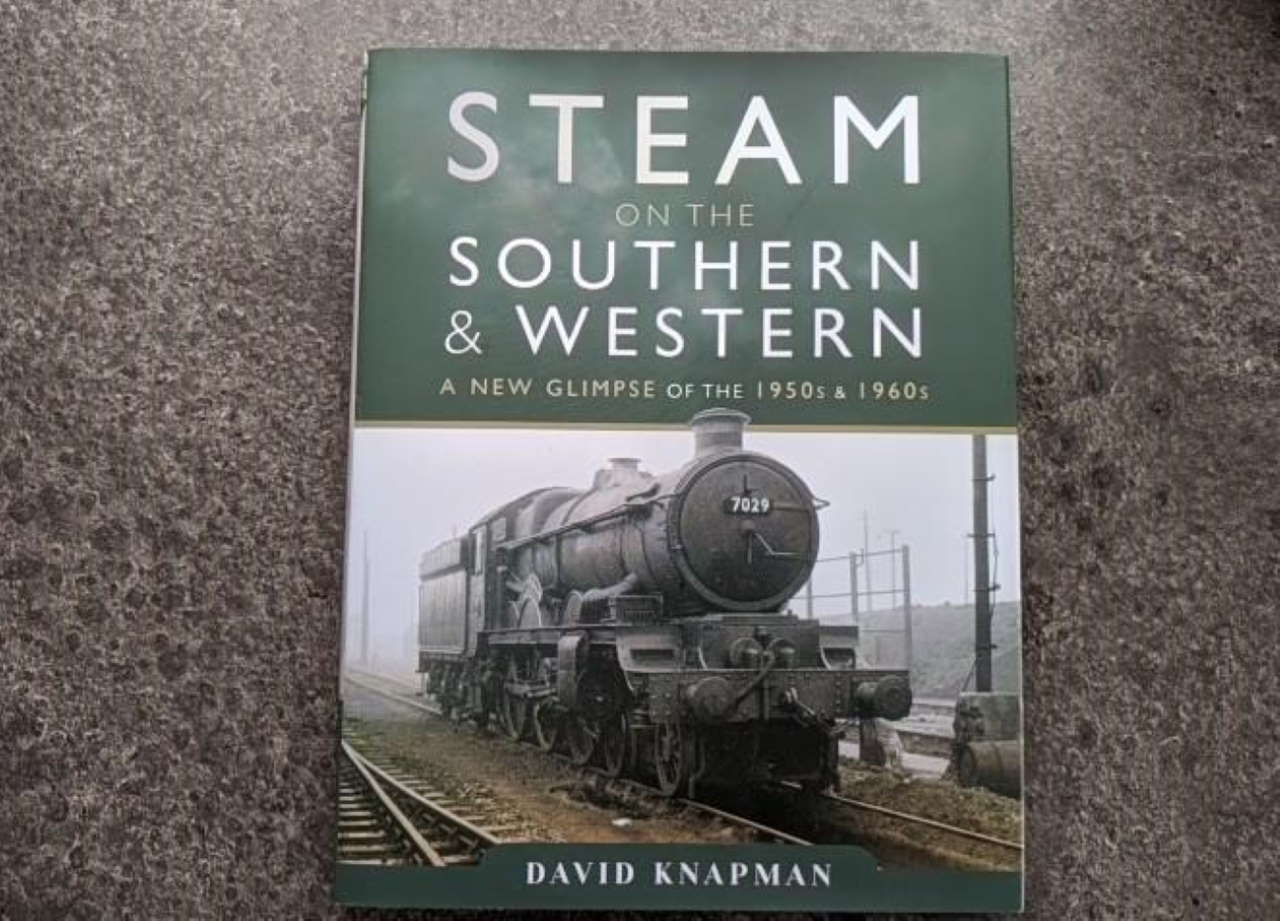 This hardback book was written by David Knapman and measures 23 cm x 30 cm and has over 140 pages full of information and pictures. The book has a published price of £25 and can be picked up on Amazon for a similar price at the time of writing.

The Southern and Western regions were a hive of activity on the railway in the 1950s and 1960s, and this book provides a record of the railways in the run-up to the withdrawal of steam by British Railways.

The book is illustrated throughout with black and white photographs showing a variety of trains and also infrastructure scenes and different branch line views.

This detailed book is split into 24 chapters.

Chapters 1 – 14 covers the Southern Region and covers line such as Guildford, London Waterloo, The Somerset & Dorset Joint Railway, The Bluebell Railway and also the Ashford in Kent.

The Southern Region is very detailed, with photos showing how stations used to look, some of which are now part of heritage lines, and some stations that may never be used again. Also featured in this section is a photo of 35028 Clan Line on the Bournemouth Belle, something she would still haul today, albeit a railtour and not a daily occurrence.

Chapters 15 – 24 covers the Western Region, and includes scenes from London Paddington, Old Oak Common, Oxford, Barry Island and the Festiniog Railway Special which was run in 1964.

Once again, this section is detailed with a number of clear images showing what life was like on the Western Region back in the steam age. A stand out feature is the section on Old Oak Common, which is now almost completely closed after taking on the HSTs after steam. A number of surviving locomotives feature in this section, including 35005 Canadian Pacific and GWR 1450.

Another stand out feature of the Western section is the coverage of the Festiniog Railway Special, which ran in April 1964 – a number of photos are in this chapter, and gives a detailed insight of the day is also recorded, great for those too young to remember this railtour, which 4079 Pendennis Castle featured!

This book really is a great collection of photos and information for some lines that will never see a train again, like the Ruabon to Morfa Mawddach (previously Barmouth Junction) line. The book is a great addition to any bookshelf!

This book is available to purchase from Amazon and Pen & Sword.

We would like to thank Pen and Sword for providing RailAdvent with a copy of this book to review.

This book provides an excellent insight into what life looked like on the Western and Southern. This book is definitely worth a look if you have an interest in Southern or Western locomotives, or just are interested in looking at old photos and finding out more about the different lines, some of which have been lost forever.

Bakerloo Line strikes set to go ahead on London Underground