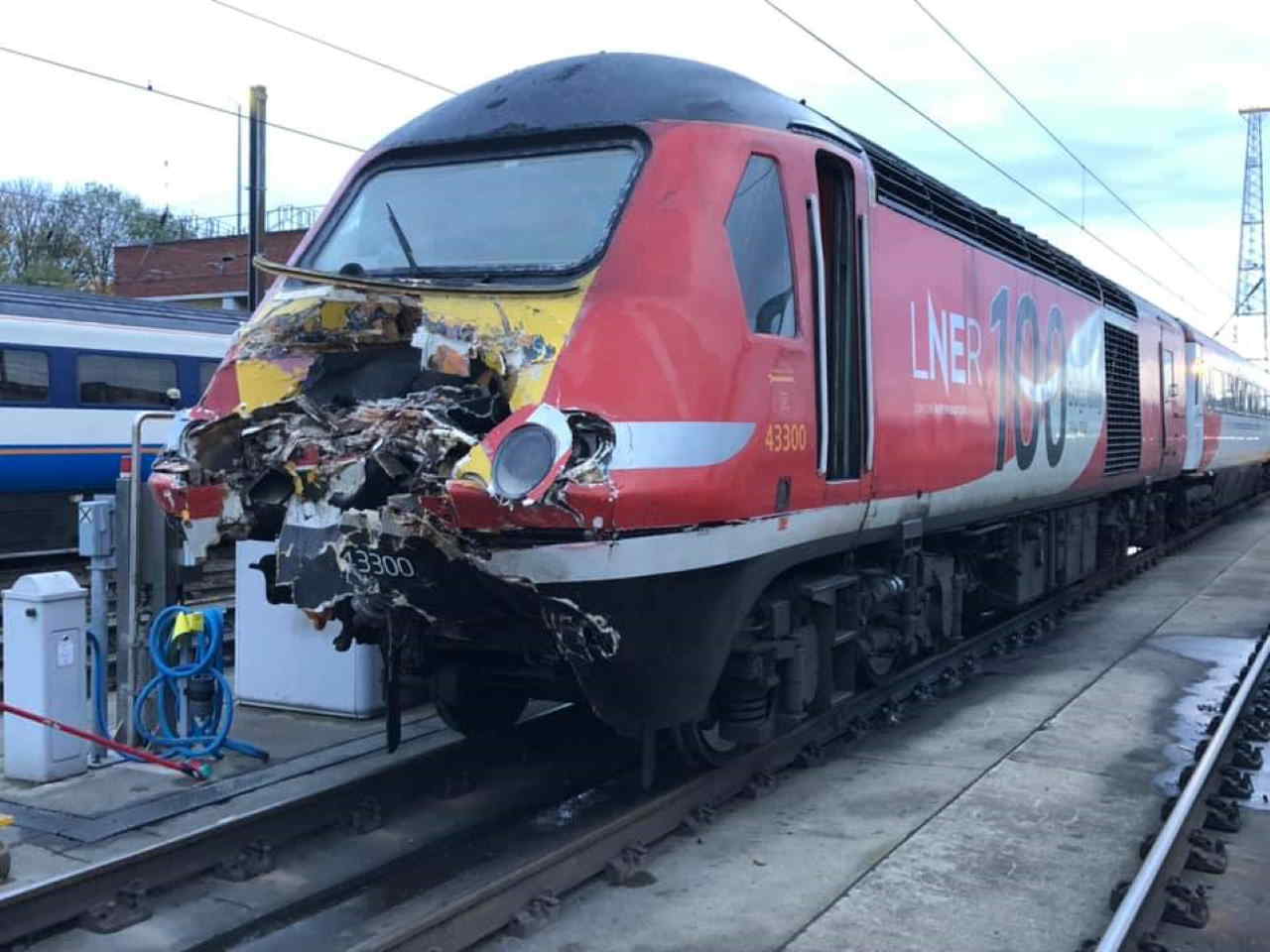 The Rail Accident Investigation Branch has released its initial findings after an LNER Azuma crashed into an LNER HST in Leeds.

The low-speed movement of trains close together is permitted by the signalling system at this location.

The leading train was travelling at around 5 mph and the colliding train at around 14 mph. No one was injured in the accident.

The colliding train was a 9-coach class 800 train. Its leading end suffered significant damage during the collision.

As a result of the collision, the trailing bogie of the second and third coaches and the trailing axle of the fourth coach on the class 800 train, derailed to the right in the direction of travel.

The RAIB will be carrying out a thorough investigation and will identify the sequence of events which led to the accident and the factors that contributed to its consequences. The investigation will consider:

We will keep you any updates as and when they come in.

The British Transport Police have launched an investigation after a railway worker died in Eastleigh this week.

Work starts this Weekend to improve railway in West Cornwall

Northern has said goodbye to its fleet of Pacer trains after more than 30 years in service.

The Great Easton Railway has told RailAdvent that they have become home to the Saffron Walden & District Society of...