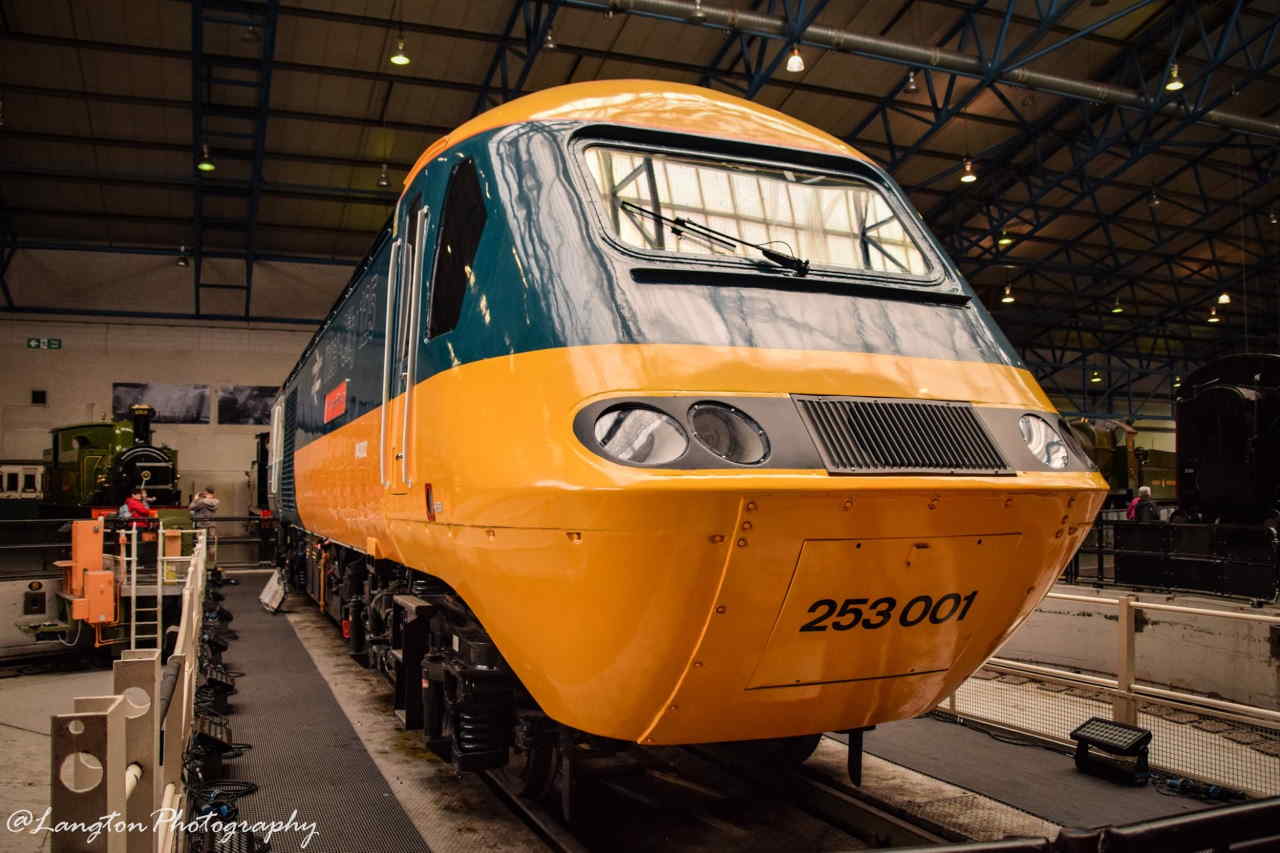 Class 43 No. 43002 Sir Kenneth Grange has joined the National Railway Museum’s collection after more than 40 years in service.

The Class 43 also known as the InterCity 125 has been donated by Angel Trains and Great Western Railway.

The HST has been a familiar sight on the UK rail network since the first of its type were introduced in 1976.

The locomotive is the first production HST and carries the original yellow and blue British Rail livery which led to the train’s nickname – ‘the Flying Banana’.

The locomotive is named after the train’s designer, Sir Kenneth Grange, who created the iconic wedge-shaped nose cone.

Power car no. 43002 was built in the same year the National Railway Museum first opened in 1975. The HST was initially the fastest train in Europe and was only beaten by the Japanese Bullet Train internationally.

The HST class still holds the world diesel speed record of 148mph which was set on 1 November 1987.

The HST power car is now on static public display at the centre of the National Railway Museum’s Great Hall.

“This is one of our most significant acquisitions, and I am delighted to be able to display the HST power car, Sir Kenneth Grange here in York. It is fair to say that this train revolutionised rail travel and helped shape British society, bringing people and communities together.

“I would like to thank Angel Trains, Great Western Railway and Rail Operations Group for their generosity and hard work to bring this icon of British engineering into the national collection.”

“The InterCity 125 is a trailblazer of the British rail industry and we are delighted to support the National Railway Museum in preserving Sir Kenneth Grange’s iconic design for future generations to discover. Education is incredibly important to us at Angel Trains, as well as celebrating innovation and technology, so we are proud to donate this much-admired locomotive to the museum’s extensive collection.”

“When introduced in 1976, these trains were a step change in InterCity travel across the country with new levels of comfort and faster journeys and the new Intercity Express Trains are building on the standards that these set.

“This particular locomotive has been a firm favourite since we returned it to its original livery in 2016 and we are really pleased to see this particular locomotive joining the National Railway Museum’s collection. Our team at Laira Depot in Plymouth have done a fantastic job in preparing it for display and as the last locomotive to leave Paddington in passenger service, its place in history is rightly deserved.” The National Railway Museum's Wonderlab: The Bramwell Gallery is a new interactive experience.