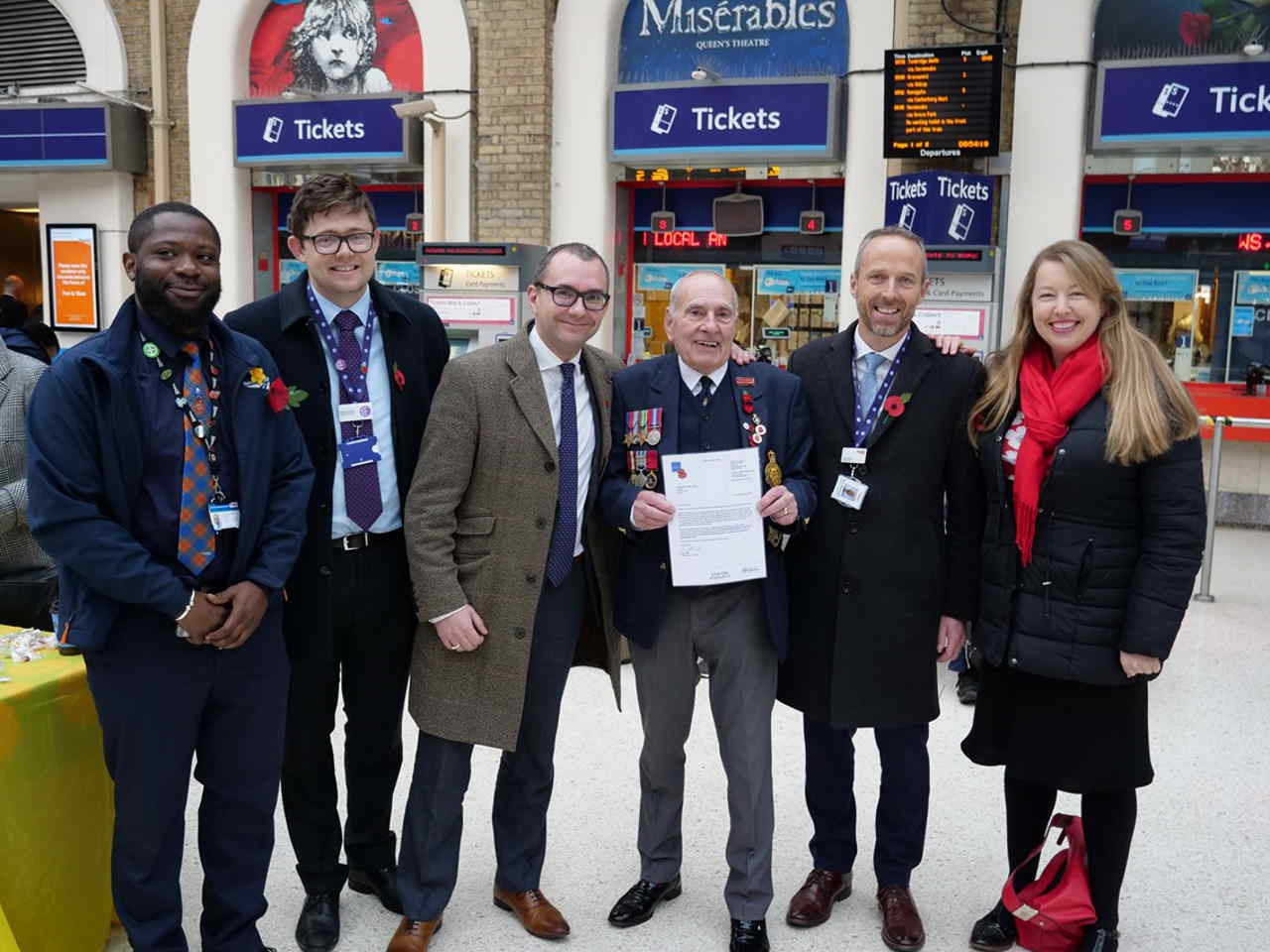 Brian Coombs was presented with poppy-shaped cakes and a certificate of thanks from Network Rail, Southeastern and the Royal British Legion.

Southeastern has also made a donation to this year’s Poppy Appeal, replacing the amount of money that was sadly stolen from his collection earlier this month.

Brian, who hails from Eltham in south London, has long been a regular sight for commuters at Charing Cross station during the annual Poppy Appeal and has raised more than £750,000 for the Royal British Legion during the 30 years he has been supporting the charity.

Special tannoy announcements were also made throughout the day praising this incredible achievement.

Every year in November, the Royal British Legion distributes paper poppies to raise vital funds to help today’s Armed Forces community, and this year the Poppy Appeal is aiming to raise over £50 million to help support serving and ex-serving members of the Armed Forces.

Network Rail has a long history of supporting the Armed Forces and is committed to helping ex-forces personnel reintegrate into successful civilian careers while also helping our reservist community.

“It was a real honour to be able to present Brian with a small token of our appreciation for all the work he has put in to raise money for the Royal British Legion this morning.

“He’s well known to our regular commuters here at Charing Cross and is undoubtedly someone who rarely fails to put a smile on people’s faces. It’s fantastic to be able to give a small something back to him and place on record our thanks for all the work he’s put in over the years.”

“We’re always pleased to see Brian on the station – he’s part of what makes Charing Cross special and our regular passengers love chatting to him. He’s raised so much money for the Royal British Legion over the last three decades, and we want to help him reach a million this time next year!”