​World War One sacrifices remembered thanks to Sussex mum 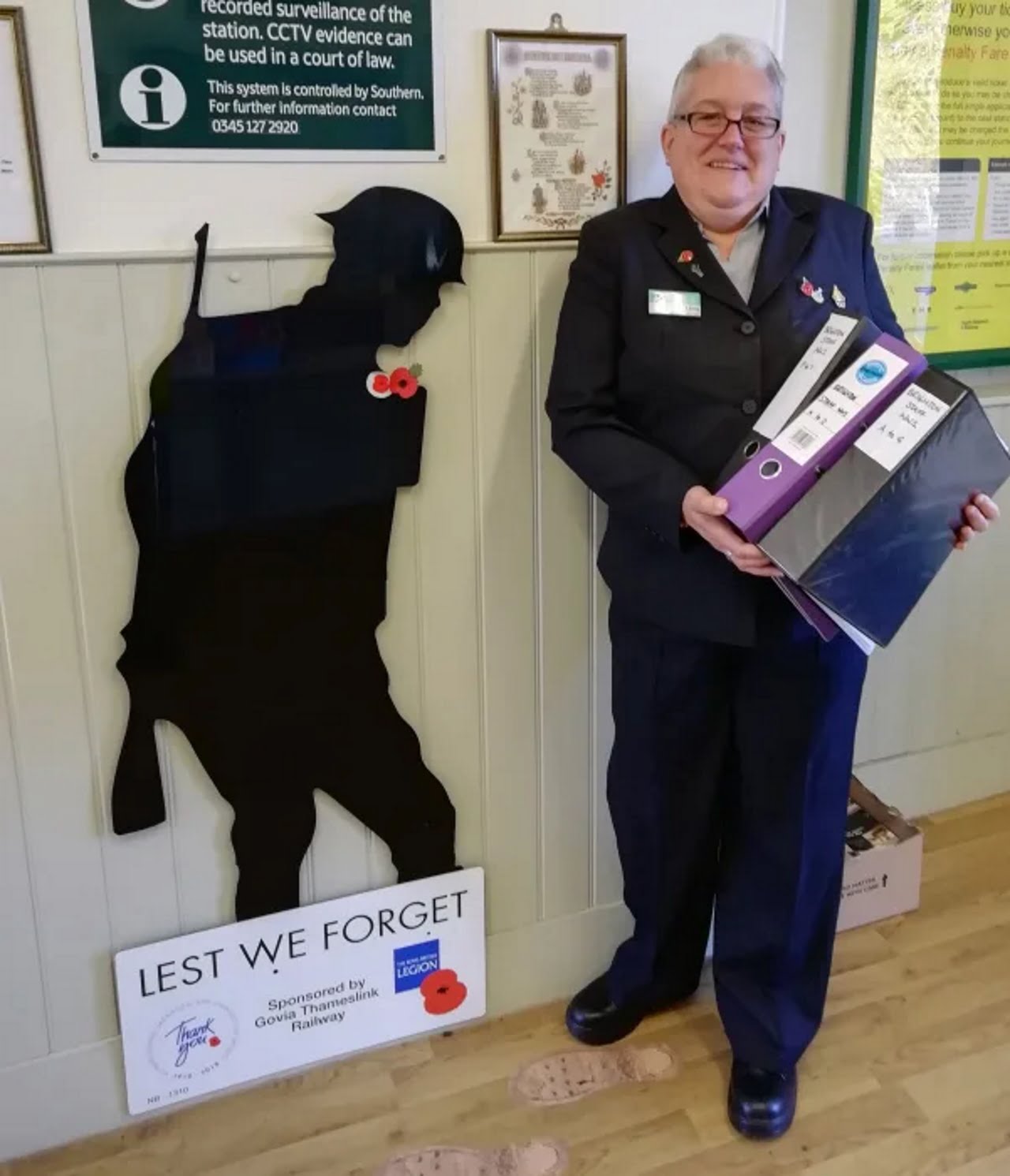 Brighton railway workers who served their country have been remembered thanks to a research project by a mother-of-two.

Arundel ticket office employee Laura Lee has ensured the sacrifices of Brighton railway staff in World War One are not forgotten. She spent hours combing through records to collate the names, ages, roles and fates of those who served, including when they signed up. Where railway workers didn’t come home, Laura has included locations of where they were buried after checking their details with the Commonwealth War Graves Commission.

Laura first started looking into the fates of those who had been based at her own station, Arundel, in the run up to the centenary of the Great War. But the project snowballed as people encouraged her to extend her research to neighbouring stations.

The 50-year-old, from Sussex, became engrossed in the project and regularly found herself spending a couple of hours each night scanning records. Now complete, Laura’s research covers 27 stations. Her research into those who were based at Brighton station, depot and goods yard was the final part of her project and is set to go on display at the station. It will ultimately be lodged at The Keep, which is Brighton’s archive and historical resource centre.

Members of the public are invited to view Laura’s research into Brighton railway workers on November 11 from 10am to 5pm at Brighton station on the concourse.

“Researching Brighton was the last part of my project and it fills three A4 folders. I didn’t realise just how many people worked in rail in Brighton until I started. It was sad to see one chap who signed up in August and by October had been killed. I also noticed lots of the same surnames pop up.”

“I was so impressed by the amount of work and effort Laura has put into her research. Danny Sands [fellow Brighton Station Manager and ex-serviceman] and I felt it was necessary to recognise her hard work by displaying it on the concourse with regimental flags for all to see.”