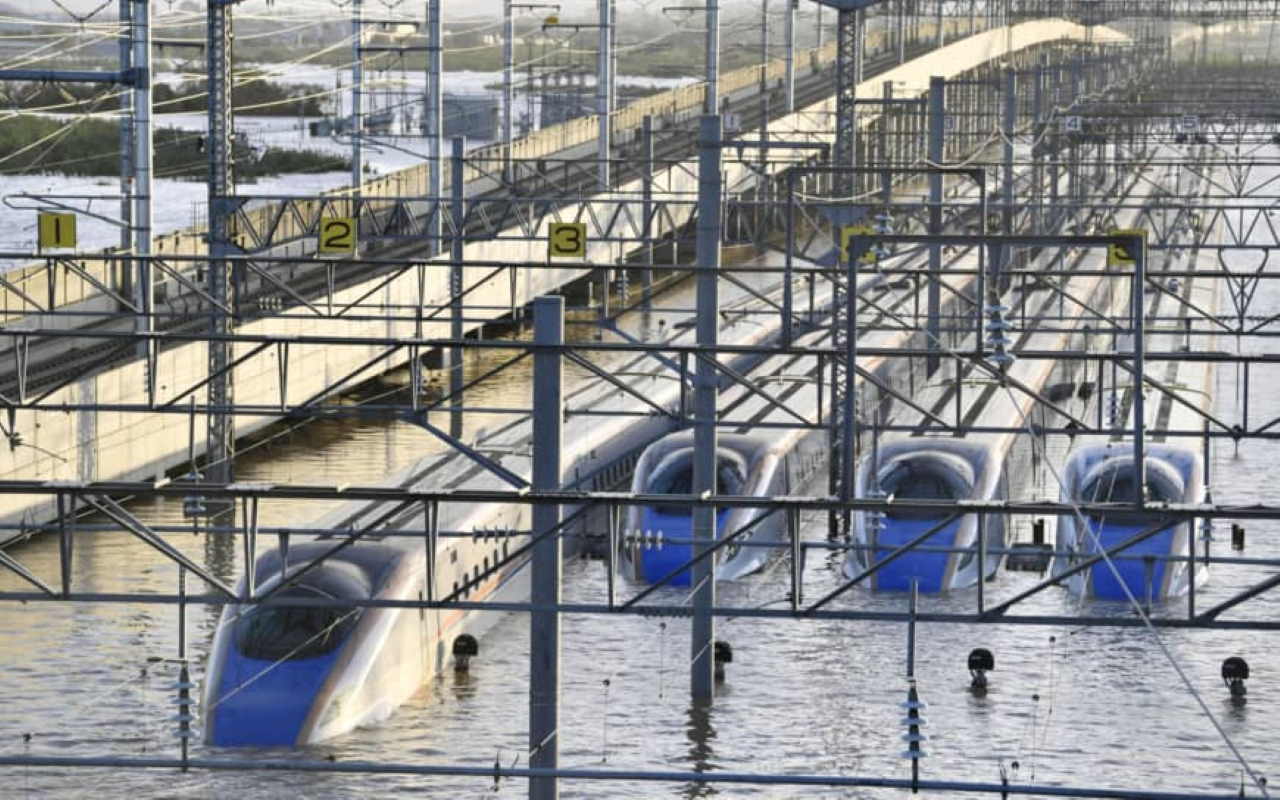 East Japan Railway Co has said that its bullet train yard at Nagano has been flooded as a result of Typhoon Hagibis.

Ten trains have been affected, these are made up of a total of 120 carriages and represent a third of the Bullet Trains on the line, eight being owned by JR East, and 2 being owned by JR West (according to the Japan Times website).

The loss of these trains means that the Hokuriku Shinkansen, which runs between Tokyo and Nagano, is operating a restricted schedule.

However, most of the railway operators are now running a full schedule.