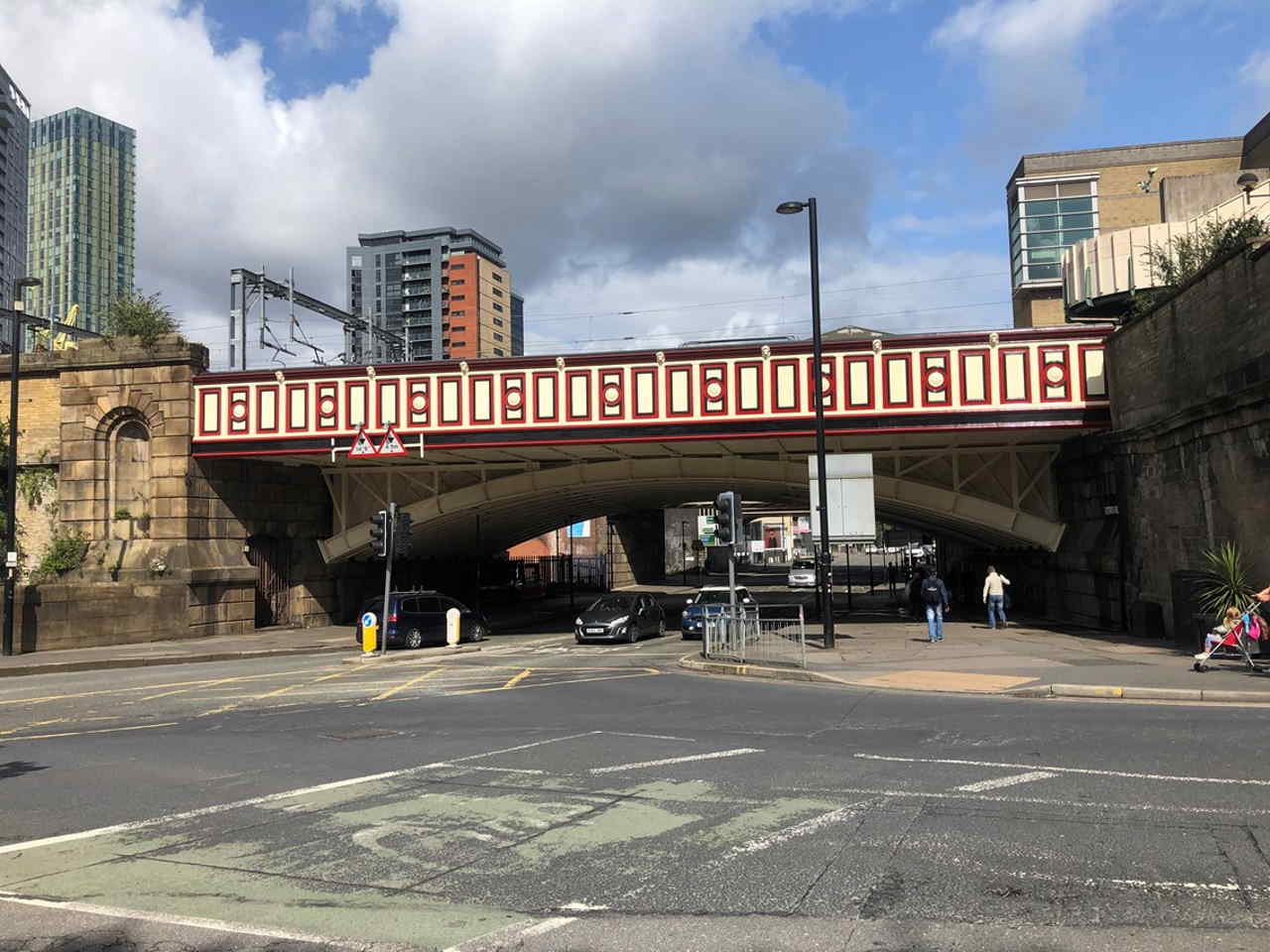 Three Manchester railway bridges which have been restored to their Victorian look have been officially unveiled, as part of the Great North Rail Project.

A plaque was unveiled in Great Ducie Street on Friday 25 October to commemorate the work by Network Rail, in partnership with the Railway Heritage Trust.

Network Rail has worked closely with heritage groups to ensure the bridges are properly restored. Corroded decorative steelwork was reproduced and forged using traditional methods by specialist blacksmiths in the West Midlands. Historic paint research was also carried out to ensure the bridges were returned near to their original Victorian colour scheme.

Network Rail is currently completing a similar restoration of another Victorian bridge next to Deansgate station in the city.

“Bringing these impressive Victorian bridges back to their original state was really important to keep trains running through Manchester safe and reliable for decades to come.

“As we travel, it is so easy to forget the beautiful architecture which surrounds us. The Great North Rail Project has brought back to life three stunning bridges which have for generations underpinned Manchester’s railway heritage, securing their future for years to come.”

“The Railway Heritage Trust was pleased to provide grant support towards this outstanding restoration project by Network Rail, which has transformed three important historic bridges in the centre of Manchester.”

£280,000 investment planned for Wales and the Wirral