Virgin uniforms heading for a useful life with the homeless 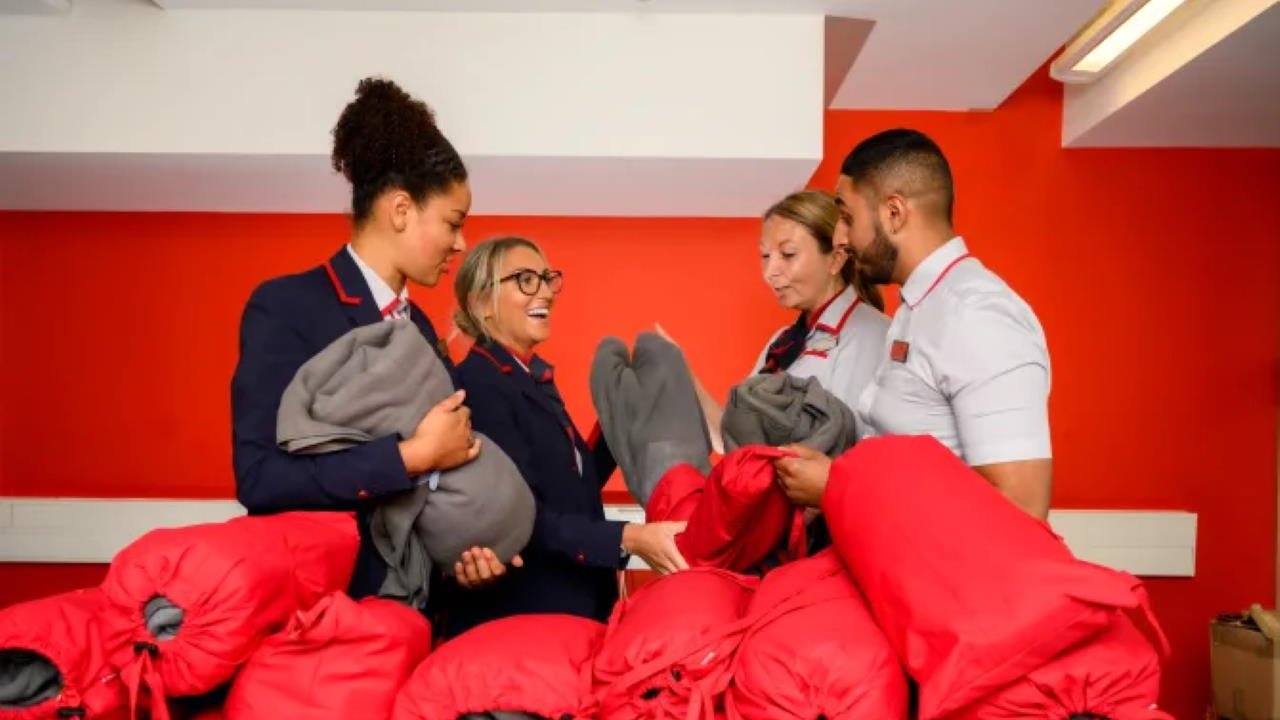 Virgin Trains has announced that they are to donate blankets, scarves and dog coats which have been made from old staff uniforms to homeless charities.

Garments which were originally coats, shell jackets, shirts, trousers and suits worn by Virgin Trains’ frontline have been given a new lease of life and will be distributed to those living on the streets in time for the winter months.

The clothes were transformed by prisoners at HMP Northumberland at their onsite textile factory.

Items will either be distributed by Virgin Staff at London Euston, Birmingham New Street, Manchester Piccadilly, Liverpool Lime Street and Glasgow Central or will go to local charities to give to the homeless.

Other items of clothing which could not be made into blankets have been used to make unbranded dog coats which will also be given out to those homeless people with four legged friends.

Some branded dog coats with the Virgin Trains logo will be given to staff in return for a donation, with the profits going to charity.

This initiative follows on from Virgin Trains recent partnership with Change Please Coffee.

Change Please have used profits generated from their contract with Virgin Trains to recruit more people who have experienced homelessness to be baristas.

“It’s so rewarding to see the repurposed uniform benefitting those who really need a little warmth and comfort during the winter months and we’re so proud to play a small part in helping the homeless alongside our work with our partners Change Please Coffee.”

Transport for Wales to replace footbridge in Llanbradach after vehicle strike