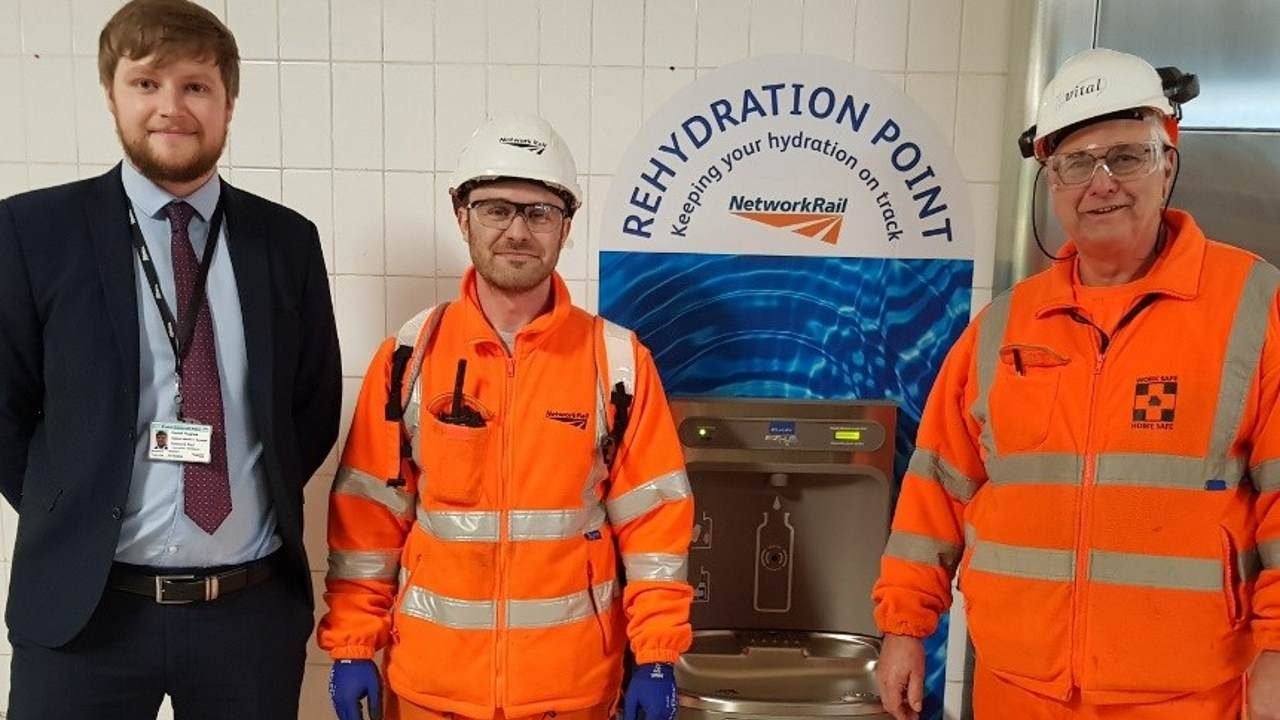 Passengers at Britain’s biggest and busiest stations have helped save the equivalent of one million plastic bottles by embracing the ‘refill revolution’.

Saving over 100,000 water bottles every month, Network Rail’s free drinking water fountains have been a great success since their introduction last year with the help of station users.

Stacked end to end, the bottles would stretch the distance between London and Cardiff (235km) or fill a total of 833 rubbish trucks.

With no signs of slowing down, Network Rail has set a target of saving two million water bottles by the end of the year.

They are encouraging passengers to make the switch to reusable bottles to help reach this milestone.

The announcement coincides with National Refill Day, an initiative led by City to Sea that aims to reduce plastic pollution.

Activity will be underway at London Charing Cross, London Paddington, London Bridge and Birmingham New Street stations on Wednesday 19 June to mark the day and raise the profile of station water fountains.

Passengers are encouraged to download City to Sea’s Refill App which will connect people to over 21,000 Refill Stations around the UK, including Network Rail’s water fountains.

The final station, Leeds, will be on track to install a fountain as part of wider refurbishment works later this year.

“This is a great start and shows that passengers share our passion to reduce single use plastic. I regularly use the water fountains when I’m on the go and I’m pleased to say we’re making it even easier for people using our stations to refill their bottles too.”

“It is great to see Refill Day go from strength to strength, with even more major retailers making it easy to access free water refills, and over 20,000 refill points now listed on the app.

“I encourage everyone to download the Refill app and join in with the effort, helping to protect our precious environment one refill at a time.”

“It is fantastic to see how Network Rail are successfully encouraging more and more passengers re-fill their water bottles at stations, cutting plastic waste on their journeys and at stations.

“We’re really pleased that Network Rail are part of the Refill Revolution this National Refill Day. Their support makes it even easier for everyone to find free drinking water when travelling – meaning we can all save money and save the planet from plastic pollution in one go! People from all walks of life are carrying a reusable bottle now and with Network Rail installing water fountains, we’re rapidly doing away with the need to buy planet-polluting plastic bottled water.”