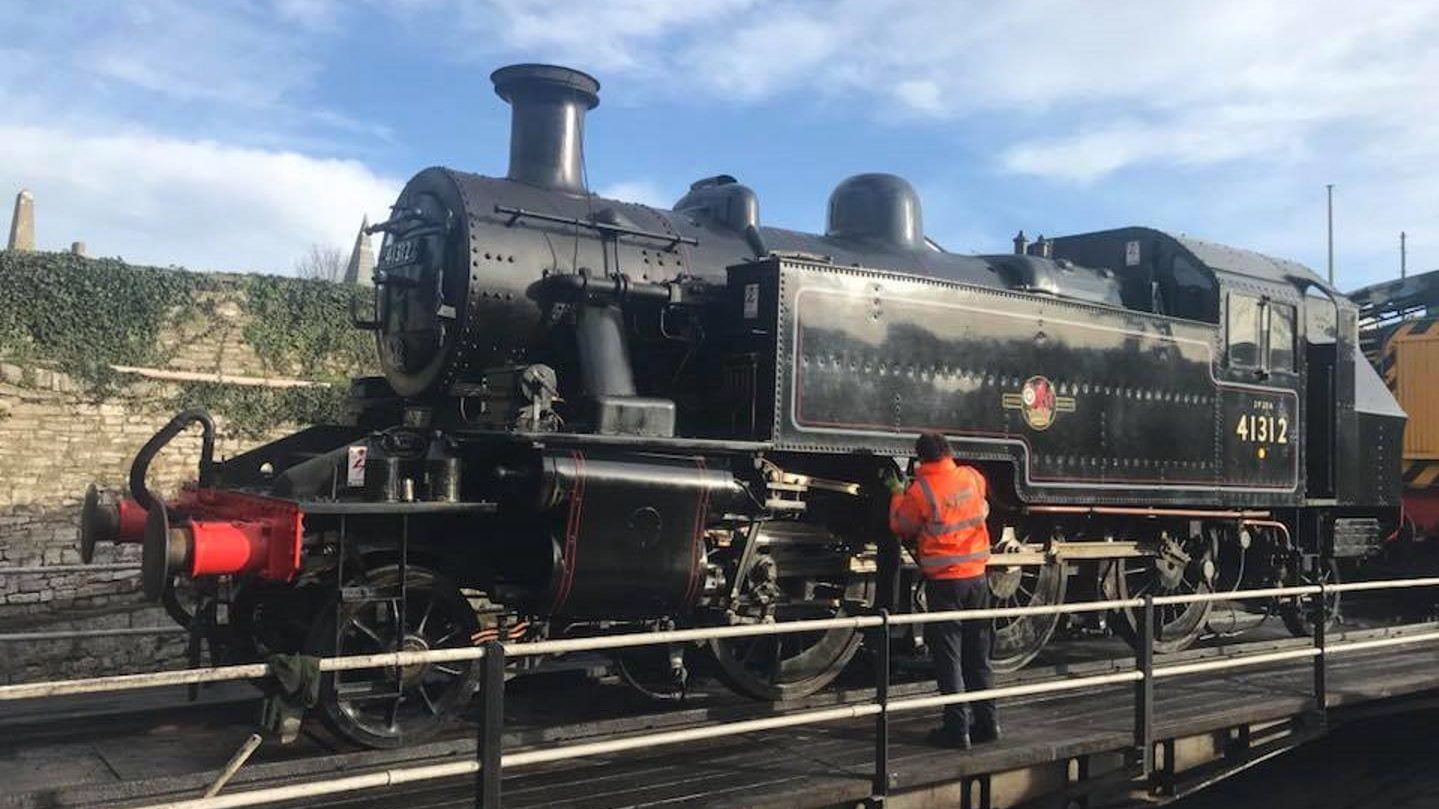 The South Devon Railway has announced that steam locomotive 41312 has arrived with them today.

The BR Ivatt Class 2 arrived at the line following its appearance at the West Somerset Railway Autumn Steam Gala.

This locomotive has arrived in order to provide steam cover for 6412, which is away at Shackerstone (12th and 13th October 2018) and also because No.5786 is currently awaiting completion of its boiler re-tubing.

BR Ivatt Class 2 Prairie No. 41312 arrived with us today (Tuesday 2 October) fresh from the WSR autumn steam gala in order to provide steam cover for No. 6412 being away at Shackerstone (12/13 Oct) as planned and because No. 5786/L92 is awaiting completion of re-tubing.

It is hoped that the Ivatt will be in passenger service soon after completing testing and will stay at the railway until the 16th October 2018.

The Ivatts visit is thanks to the Mid Hants Railway and the West Somerset Railway.