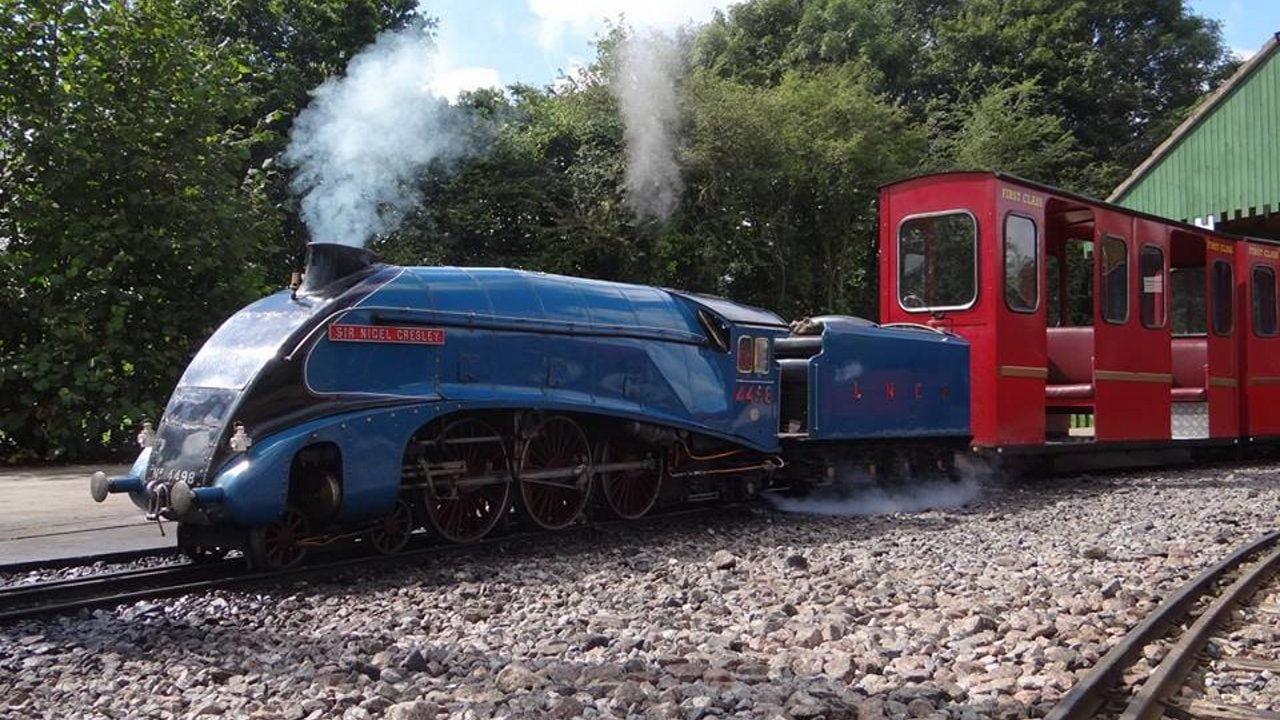 The Eastleigh Lakeside Steam Railway has announced that their A4 steam locomotive, Sir Nigel Gresley, is off to the Bluebell Railway this month.

The 10 ¼ gauge locomotive will be visiting the line for their Giants of Steam Gala and will be based at Sheffield Park.

Sir Nigel Gresley will join full-size A4 No.60009 Union of South Africa at the event which will see an intensive timetable in operation.

This miniature locomotive will be running on a demonstration line at Sheffield Park and is hoped to be in steam alongside 60009 Union of South Africa.

If you’re attending the Bluebell gala, why not go and have a speak with the Eastleigh gang and ask any questions you may have.