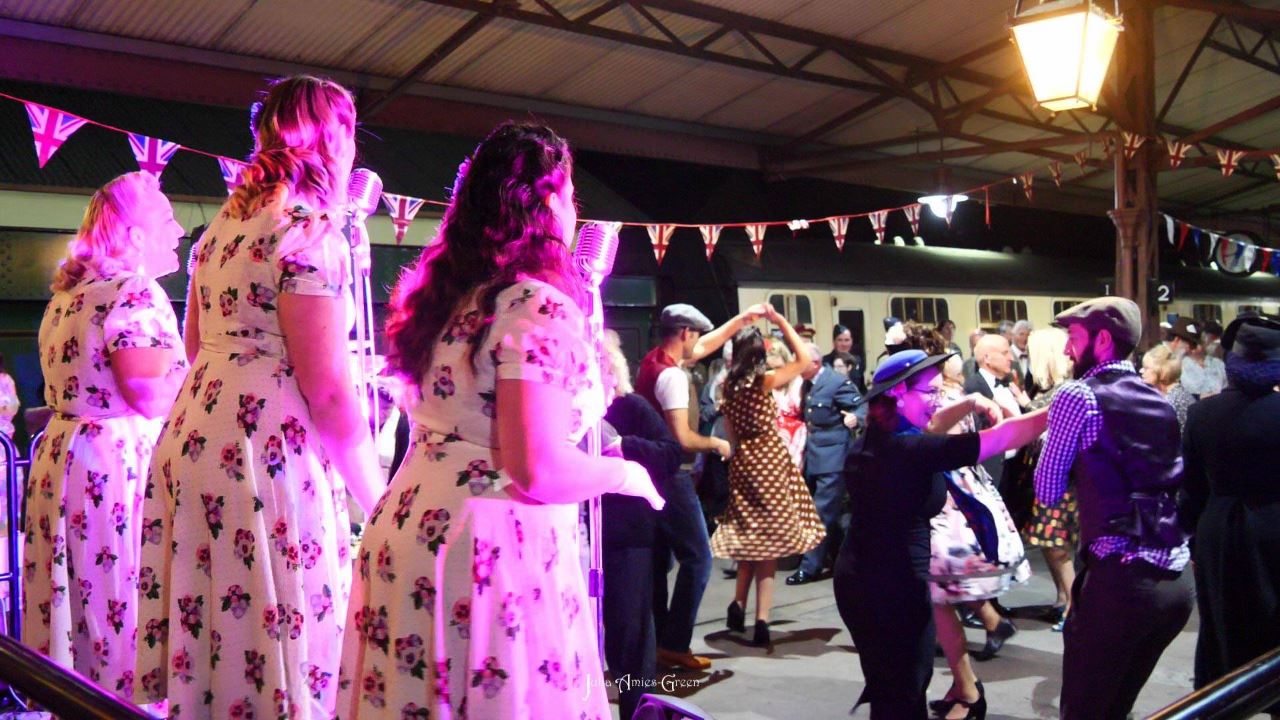 The West Somerset Railway has announced that their 1940s weekend was a huge success, with many vintage fans attending to see re-enactors and more!

All 10 stations took part in the event – including a Spitfire on display at Bishops Lydeard, Land Girls at Crowcombe Heathfield and Stogumber and a load of events centered on the Watchet.

The heritage railway was supporting the ‘Forties’ event which was organised by Robin Witchard from the Mobile Living History Museum, with help from a number of volunteers including Andy Norman.

“We were delighted with the turnout. All of our trains were busy throughout the weekend. Re-enactors travelled up and down the line, including Winston Churchill, King George VI and Charles De Gaulle!”

“The West Somerset Railway wishes to say a big thank you to Robin for his dedication in organising the event, and Andy Norman for his part in making the event happen. In addition to all of the activities up and down the line, we operated an authentic military train hauled by an S160 USA steam locomotive.”