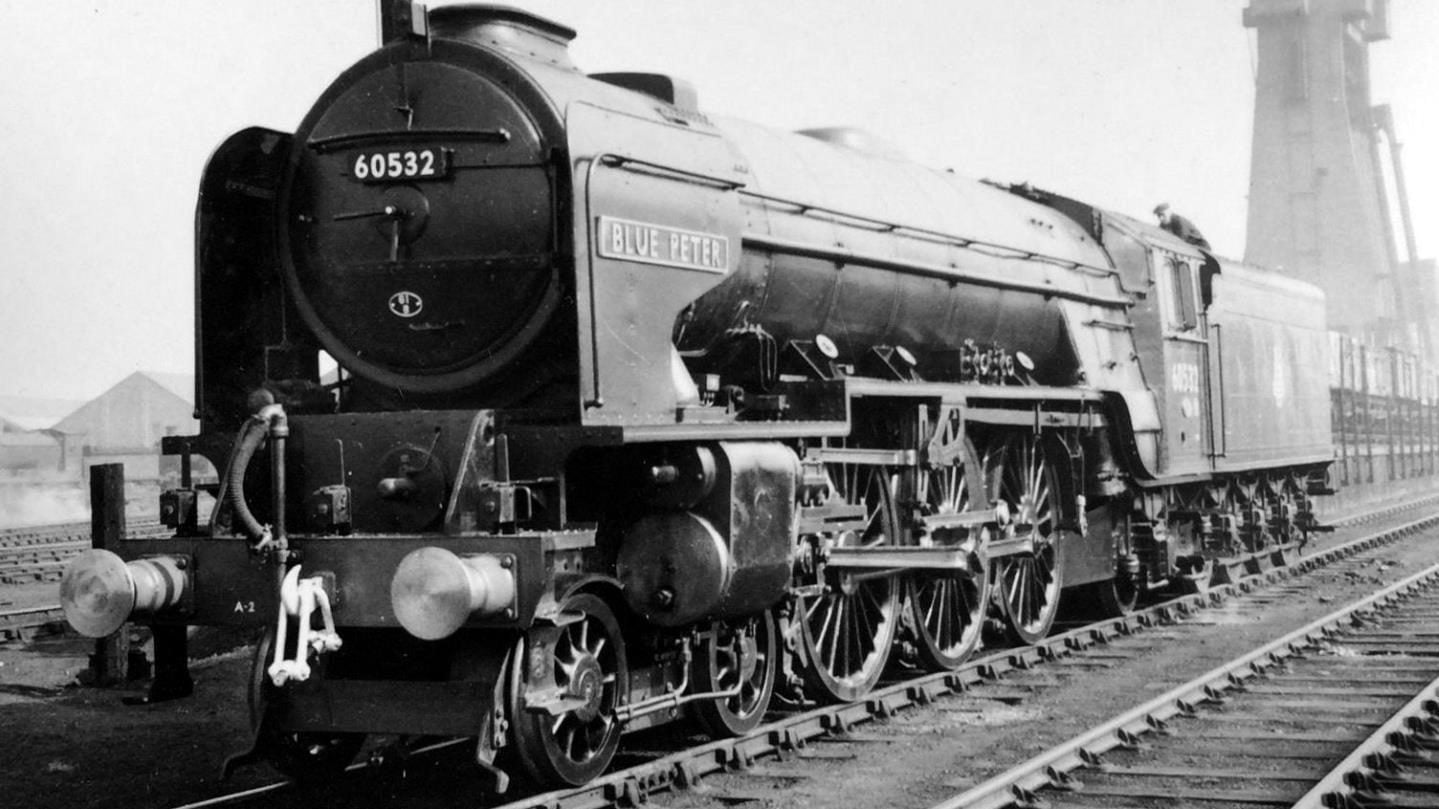 Powerful and fast, the Peppercorn A2s were some of the best and last Pacifics designed by the LNER and form the topic for this week’s Sole Survivor.

Once we look at their short working lives, we will then explore the preservation history of the last class member left.

The order for 15 engines which became the Peppercorn A2s was originally for the Thompson-designed A2/3 class. Thompson used many different designs for locomotive components compared to Gresley, these can be seen both visually and on drawings.

Even before the A2/3s entered service, many people doubted their design. When Peppercorn became Chief Mechanical Engineer (CME) in July 1946, the other 15 engines ordered were halted while Peppercorn and his drawing office team modified the design. By December 1947, construction was well advanced with building the new class.

All 15 engines were built under one lot number at Doncaster Works with No.525 being outshopped in December 1947. This was just before British Railways was formed. The other 14 engines were completed by August 1948. No.525 to 531 received their LNER numbers. Locomotives built later were allocated their BR numbers from new, these being No.60532 to 60539. The order was intended to build 30 when designing the Peppercorn A2s, but under BR ownership, the order was reduced back down to 15.

Not long after entering service the footplate crews noticed the great amount of power the A2s could generate over existing engines and their fast turn of speed due to their 6ft 2in coupled wheels.

These abilities led the traffic department using them on the difficult Edinburgh to Aberdeen via Dundee route. This is due to the Thompson A2/2 (Rebuilt Gresley P2s) had been struggling to haul trains.

The class was also based at sheds between New England (Peterborough) and Haymarket (Edinburgh). The trains they hauled ranged from express passenger to Travelling Post Office (TPO). Despite this wide range of traffic, the Peppercorn A2s performed very well on all of these trains.

Although the class could produce great amounts of power, their fire grate was large. This caused high coal consumption when hauling lighter loads when compared with the Peppercorn A1s and older Gresley Pacifics.

The last member of the class, No.60539 “Bronzino”, was fitted with the Kylchap system over the self-cleaning apparatus. The benefits gained from better steaming must have outweighed the reduced disposal time. This is because five other A2s were also equipped with the Kylchap arrangement.

As some of the last LNER Pacifics built, no steam engines would replace them, it was the diesels. Members of the class based in England would be withdrawn and scrapped first. All 10 of these engines gone by 1963.

Three engines cross the board in 1963 and were allocated to the Ex-LMS shed of Polmadie (Glasgow) to take over from Coronation Class on the road to Carlisle. The remaining five engines ventured on till June 1966 when the last locomotives of the Peppercorn A2 class had been withdrawn from service.

Luckily for No.60532 “Blue Peter”, a private buyer Geoff Dury purchased the engine in 1968. Geoff originally intended to buy a Peppercorn A1, but all of these had been cut up by 1968.

With the help of the BBC TV show Blue Peter, who raised funds for 60532 first overhaul in preservation, Blue Peter returned to traffic in 1971. Blue Peter’s presenters renamed the locomotive to celebrate the engine’s return at Doncaster Works Open Day.

The next 16 years saw little running of 532 at its home of Dinting Railway Centre. A new lease of life for Blue Peter came when around 1987 the North Eastern Locomotive Preservation Group (NELPG) reached an agreement with the Dury Family to run 525 on a long-term lease.

Following another overhaul and renaming by the Blue Peter tv show, the engine was moved to the North Yorkshire Moors Railway for running in. A year later, 60532 was ready to work on the mainline.

After a couple of years on the mainline, Blue Peter suffered major damage when under-trained footplate crew primed the boiler. The impact of this was repair work was the coupled wheels, axleboxes, valve gearing and motion to name the most affected components. This work was completed in 1996 and after running in on the NYMR, 60532 was once again back hauling trains on the mainline.

On expiry of Blue Peter’s mainline certificate in 2001, the engine moved to the NYMR until its boiler ticket ran out. Late 2002 saw 60532 withdrawn from traffic awaiting overhaul. The engine was stored as a static display at both Darlington Railway Centre and Museum and Barrow Hill Engine Shed while the NELPG was trying to raise around £500,000 to fund the overhaul to mainline standard.

October 2014 saw the Dury Family sell 60532 to Jeremy Hosking, with the engine being maintained and operated by the Royal Scot Locomotive & General Trust. Arriving at the RSL&GT’s base at Crewe in May 2015, Blue Peter has been undergoing an overhaul to mainline standard ever since. The latest news (published only a few days ago) can be found here

We hope you have enjoyed this week’s Sole Survivor. The next installment should be released in a few weeks time, with next week’s article being a “Lost Class” one.

Steam locomotive in Taunton this Sunday – where and when to see it!