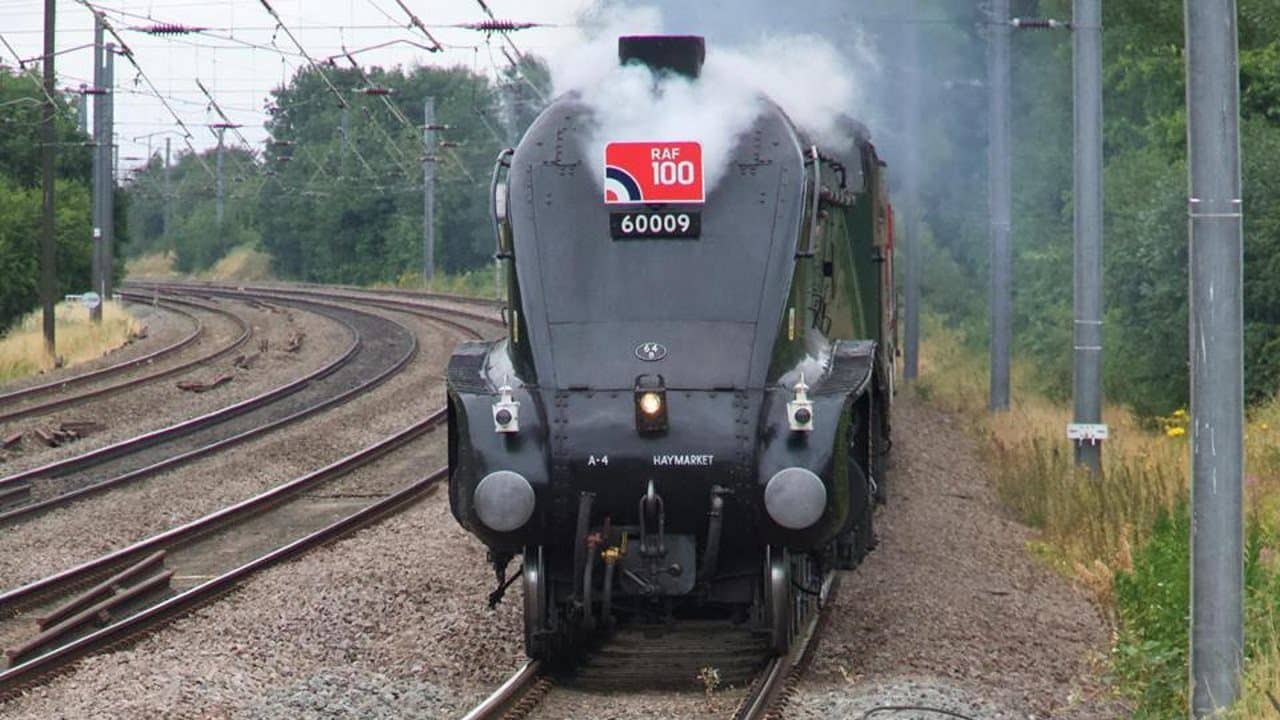 Steam locomotive No.60009 Union of South Africa has joined in the celebrations of the RAF and their 100th birthday celebrations as she hauled a special RAF100 railtour today (10-07-2018).

The special train departed Lincoln at 7:15 this morning and made stops at Sleaford and Peterborough before arriving in the capital for passengers to join in the birthday celebrations.

60009 Union of South Africa was assisted by Class 66 66009 due to the current weather conditions in the UK.

The tour was put on by the A1 Steam Locomotive Trust as it was hoped that A1 60163 Tornado would haul the tour, but unfortunately, repairs are just quite finished so 60009 Union of South Africa stepped up to the mark to haul the train to London.

A brief history of 60009 Union of South Africa

60009 Union of South Africa is an LNER Class A4 steam locomotive. It was built in 1937 at Doncaster Works. The ‘A4’ was a common sight on the East Coast Mainline between London and Scotland. 60009 is one of six surviving A4s. She retires from service in 2019 and is placed in a museum alongside 61994 ‘The Great Marquess’ in Fife, Scotland.