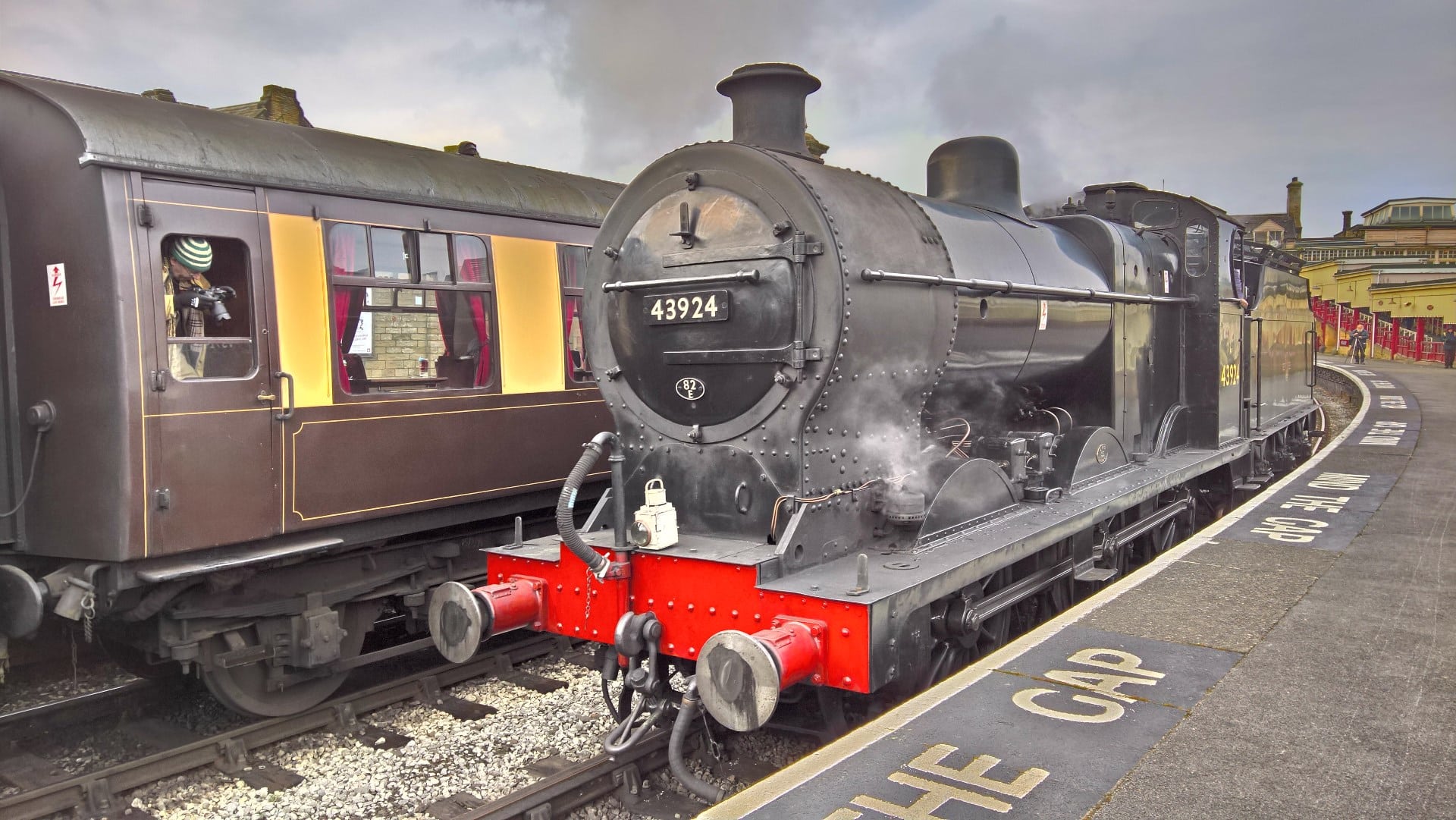 This week we turn to the Midland 3835 / LMS Fowler 4F Classes, 0-6-0 engines designed for freight work. Once looking at the background of both classes, we will then move onto the preserved members and their current status.

Initially, two engines were built and entered service in 1911. These locomotives, No.3835 and 3836, remained the only engines of the class until 1917 when the further locomotives came in batches. The class totaled 197 members by 1922, before grouping into the London Midland Scottish Railway.

After six years of running on their own, 3835 and 3836 were joined by several batches of engines right up until grouping. The class could be seen across the whole MR infrastructure, usually hauling freight trains of various types. Their light axle loading permitted them to run across branch lines, where in later years they could be seen hauling passenger trains too.

The batch of five engines built by Armstrong Whitworth was originally based on the  Somerset and Dorset Joint Railway, taking the numbers 57 to 61. When transferred to the LMS in 1930 they received the new numbers of 4557–61.

The biggest issue with the class was the axleboxes had a tendency to overheat. This was due to them being short in design, a common practice on the MR.

Grouping of 1922 formed the London Midland and Scottish Railway, which the Midland Railway was absorbed into. Fowler went on to become the new company’s Chief Mechanical Engineer and most of the directors came from the MR. Due to this, the small engine policy of MR days stayed and lead to further 0-6-0 being built.

The new class of 0-6-0 freight engines was called the Fowler 4Fs. These closely followed the design of the 3835 class but with a number of minor improvements. This includes changing the driver’s side from right-hand to left-hand to bring the class in line with new LMS policies. Problems with the axleboxes on the 3835 class was corrected in the Fowler 4Fs by fitting mechanical lubricators, ensuring the axleboxes had sufficient lubrication.

The Fowler 4Fs shared the same working careers as the MR 3835 class. With the class being built under LMS ownership, they were designed to run across the whole LMS network, and most likely led to them being spread out further than the MR 3835 class.

With the introduction of the BR Standard Classes featuring three power class 4 engines (more information on these can be found here), the withdrawal of the 3835 class started in 1954 when No.43862, at roughly 35 years old, was scrapped. 11 years later, 22 members of the class could still be seen running, but by the early 1960s engines often ran in filthy states. By the end of 1965, the class had all been withdrawn, leaving only one engine left, which started preservation in Barry Scrapyard.

1959 saw the first Fowler 4Fs withdrawn, this being 44 engines. By 1966 only 11 were left in service, all withdrawn by the end of the year. Three engines have survived.

One example has survived into preservation, this being No.(4)3924. Entering Barry in Autumn 1965, 3924 became the first engine to leave the famous South Wales scrapyard three years later in 1968. Arriving at the Keighley and Worth Valley Railway (KWVR) in 1970, the small team who formed The 4F Society to purchase the engine spent four years restoring 3924 back to her former glory.

The locomotives first boiler ticket ran out in 1987, leading to 3924 being withdrawn from traffic. In 1990, while as a static display, the KWVR brought the engine from the society. After over two decades out of steam, 43924 returned to steam in 2011 wearing Unlined BR Black with Late Crest.

Three engines of the LMS 0-6-0 freight engines have lived on passing though the phasing out of steam in 1968.

That’s another Class Information completed, time for the next Sole Survivor in a week’s time. We hope you have enjoyed this week’s Class Information (and new Lost Class series, more information here), stay tuned for next week’s article.