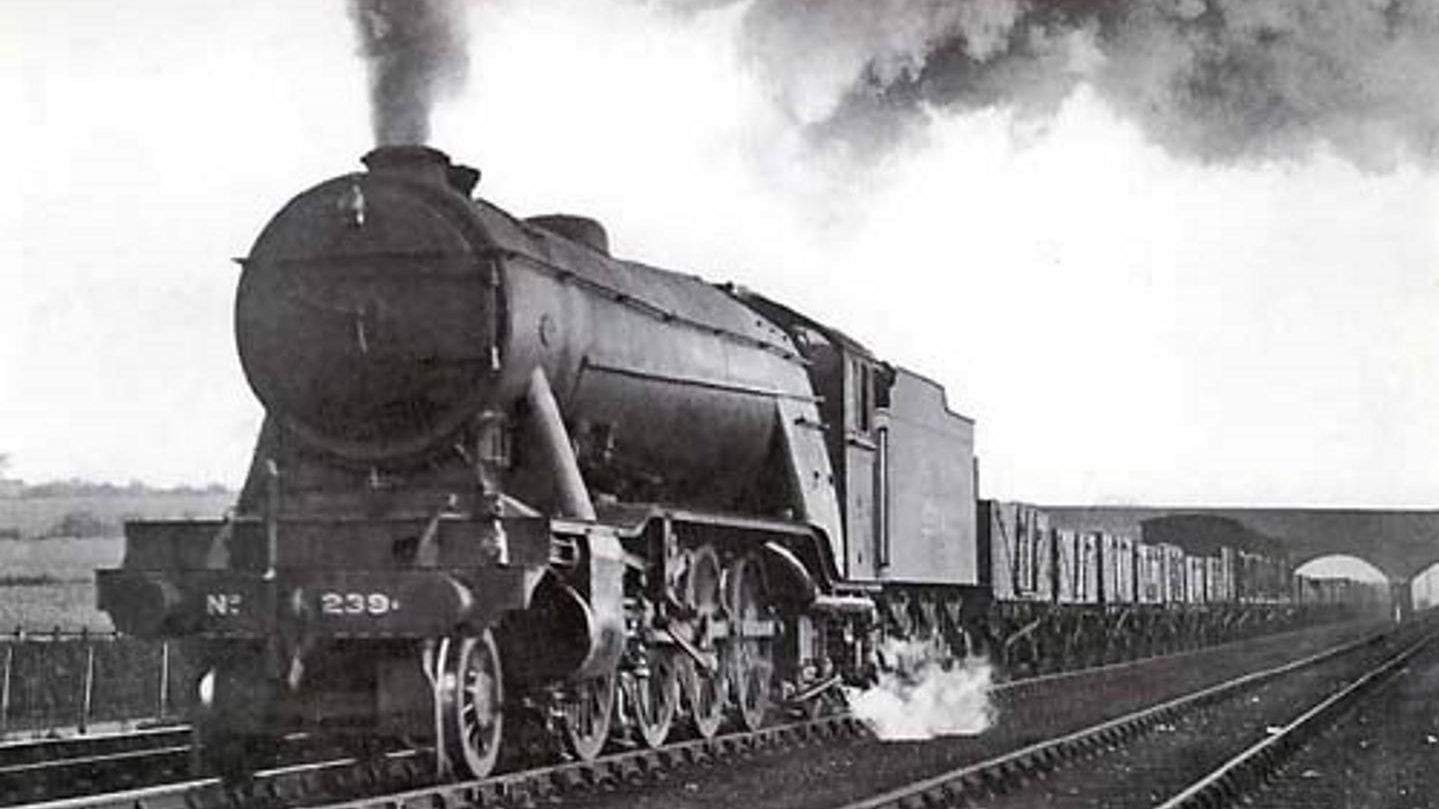 This Wednesday’s Lost Class series will be looking at the London and North Eastern Railway’s P1 class designed by Sir Nigel Gresley.

From the early 1920s, Gresley had considered producing larger freight engines than his O2 class for hauling trains made up of 100 wagons. After looking at the various wheel arrangements suitable for the new engines, Gresley settled on the 2-8-2 ‘Mikado’ wheel arrangement. His next move was to submit the proposed P1 class to the LNER Locomotive Committee, who approved an order for two engines to be constructed.

While at the design stage, The Superheater Co was drafted in to help with designing the booster for P1s. After evaluating possible types, they ruled Gresley’s own version the best, this being the Cartazzi truck. They also recommended installing the “E Double” superheater. The booster was fitted in order to provide extra power when the engine most needed it, such as when starting heavy trains or just before reaching the summit of a hill. A steam pipe ran from the engine’s boiler to the 2-cylindered booster. 8,500 lb/f was produced by the booster, with the engine itself making 38,500 lb/f, 47,000 lb/f of tractive overall could be used in hauling the P1’s freight trains, one of the UK’s most powerful freight locomotive classes.

The basic dimensions for both engines as built include: 2-8-2 wheel arrangement (coupled wheels – 5 foot (ft) 2 inch (in), leading bogie – 3ft 2in and trailing truck – 3ft 8in), A1 type boiler pressed at 180 lbf/in2, three cylinders (one inside and two outside) (20 in diameter and 26 in stroke) worked by Walschaerts and Gresley valve gearing, total weight came in at 100 long tons (engine only) and a tractive effort of 38,500 lbf.

June 1925 saw No.2393 enter traffic. Due to their wheel base and designed for the heaviest freight trains, the engine spent its whole working between New England (Peterborough) and Ferme Park (London). The engines proved capable of hauling these heavy trains, with plans put in place to build another four engines but this eventually ‘fell through’ and only two were built. No.2394 was completed in November 1925, being the same to 2393 apart from having the “E Double” superheater, whereas 2393 had the Robinson type superheater.

The biggest issue with the class was not necessarily caused by them. Hauling trains lighter than 1,600 tons resulted in high coal consumption. Due to the small amount of heavy freight trains and congested East Coast Mainline, only one 1,600 or plus freight train was scheduled during the Mid-1930s. On top of this, the booster proved problematic in use. Steam would flood the cab when operating the booster, that’s if the steam pipe form the boiler to booster hadn’t been punctured while manoeuvring tight curves. Namely New England’s turning triangle. Lastly, the fireman struggled to keep up with the extra demand for steam the booster needed, this being highlighted on test trains. By the late 1930s, both engines had their boosters removed.

The P1’s original boilers were in a poor state when they were replaced with the A3 type in 1942, which were pressed at 220 psi. The first boilers had been retained for much longer than the Pacifics, which may have contributed to their high fuel consumption. While receiving these new boilers, the cylinder’s diameter was reduced by an inch in size to 19ins, increasing tractive effort up to 42,500 ibf. With these modifications, they became the P1/2s.

When Thompson became CME, he started mass changes to the locomotives of the LNER. Apart of this new policy saw the scrapping of both engines, especially with the introduction of the mixed traffic B1 class. The only parts to live on were the boilers and tenders, used on A3s and the two B2 respectively.

Many LNER locomotives have been chosen for new build projects, such as two P2s which essentially were express passenger versions of the P1s. Most new build locomotives are based on classes which are ideal for both Heritage and Mainline running. With the size of the P1s and by design, a freight engine, it’s unlikely we will see a project to build a new P1 soon.

We hope you enjoyed our second Lost Class article. We aim to bring you the next one on Wednesday the 25th of July.

AC Cars Railbus W79978 is set to be star of the show at this weekend's Diesel Gala at...