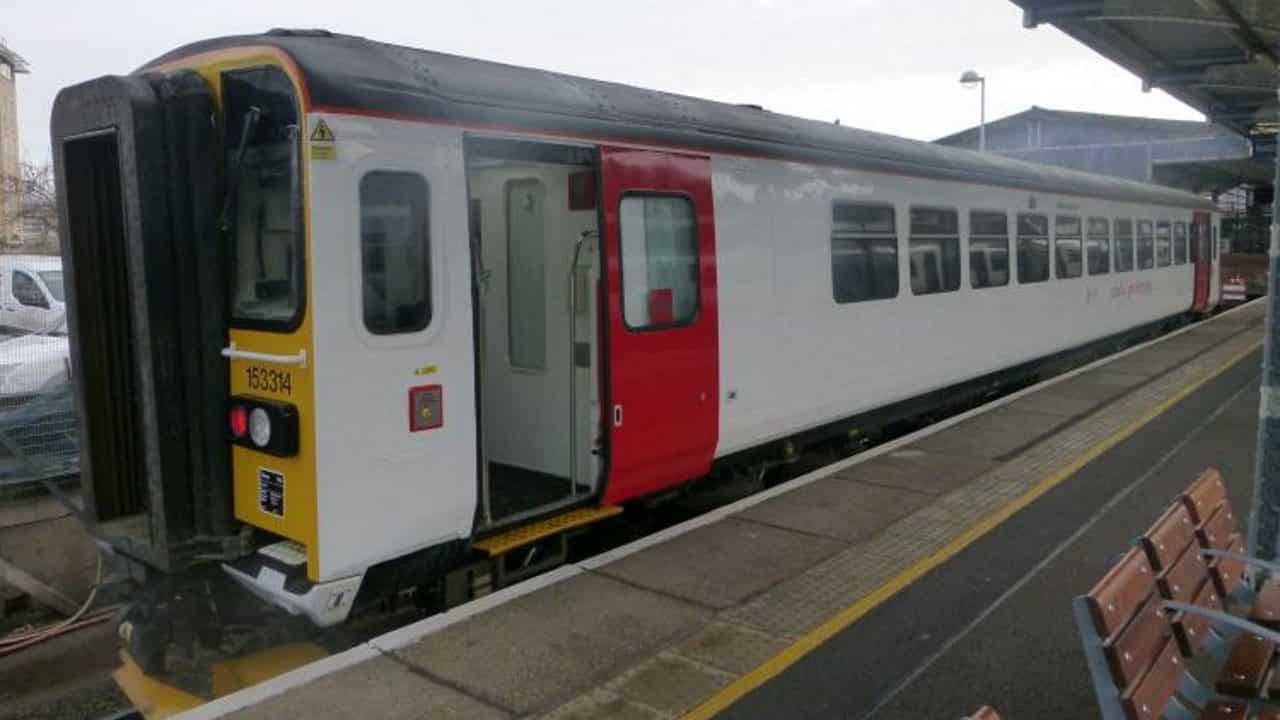 Greater Anglia has announced that a new braking system, like ABS in cars, is to be fitted to more of their trains after it helped to improve reliability last autumn.

The Wheel Slide Protection system is going to be fitted to all of the operators Class 153 trains which operate on the rural lines of Norfolk, Suffolk, and Essex.

The installation follows the successful installation of the system to the Class 156 trains, which also operate on the rural lines of Norfolk, Suffolk, and Essex. These trains were fitted with the system last year.

As a result of this innovative system, Greater Anglia was named best performing train operator in the UK during Autumn 2017.

Passengers on rural branch lines suffered less disruption due to ‘leaves on the line’, with a 4% improvement on the punctuality of trains when compared to the previous year, despite leaves falling quicker than the previous year.

Falling leaves fall on to tracks and are then compressed by the train wheels into a Teflon-like layer, this makes the rails as slippery as black ice. This can cause the train to slip, and if the train continuously slips, this can make the wheels have flat ends, known as Wheel Flats. Wheel flats must be removed on a wheel lathe, this machine makes the wheels a perfect circle again, but can take up to a week to rectify, meaning the train won’t be able to serve their passengers.

Falling leaves create mulch that sticks to the track and gets compressed and hardened by train wheels into a Teflon-like layer. This makes the track as slippery as black ice, so train wheels lose grip and in some cases become damaged.

If several trains suffer from this problem at the same time it can lead to disruption of cancelled trains or trains with fewer carriages than planned.

Wheel Slide Protection is a braking system that uses technology to judge whether the wheels are slowing evenly when the brakes are applied.

The work is being done in partnership with the train owners, Porterbrook, and the system’s designers, SNC-Lavalin, KBRS and Loram UK Ltd.

“It’s great that these innovative brakes are being rolled out to our Class 153 trains as it means the entire rural fleet will be more reliable this autumn, improving performance and our passengers’ experience while we await the roll out of new trains from 2019.”

“We are delighted to be working with Greater Anglia to deliver this important industry upgrade. This WSP technology will reduce delays and engineering downtime, as well as improve over-all fleet performance. This is another example of Porterbrook innovation offering tangible cost and operating benefits to our customers.”