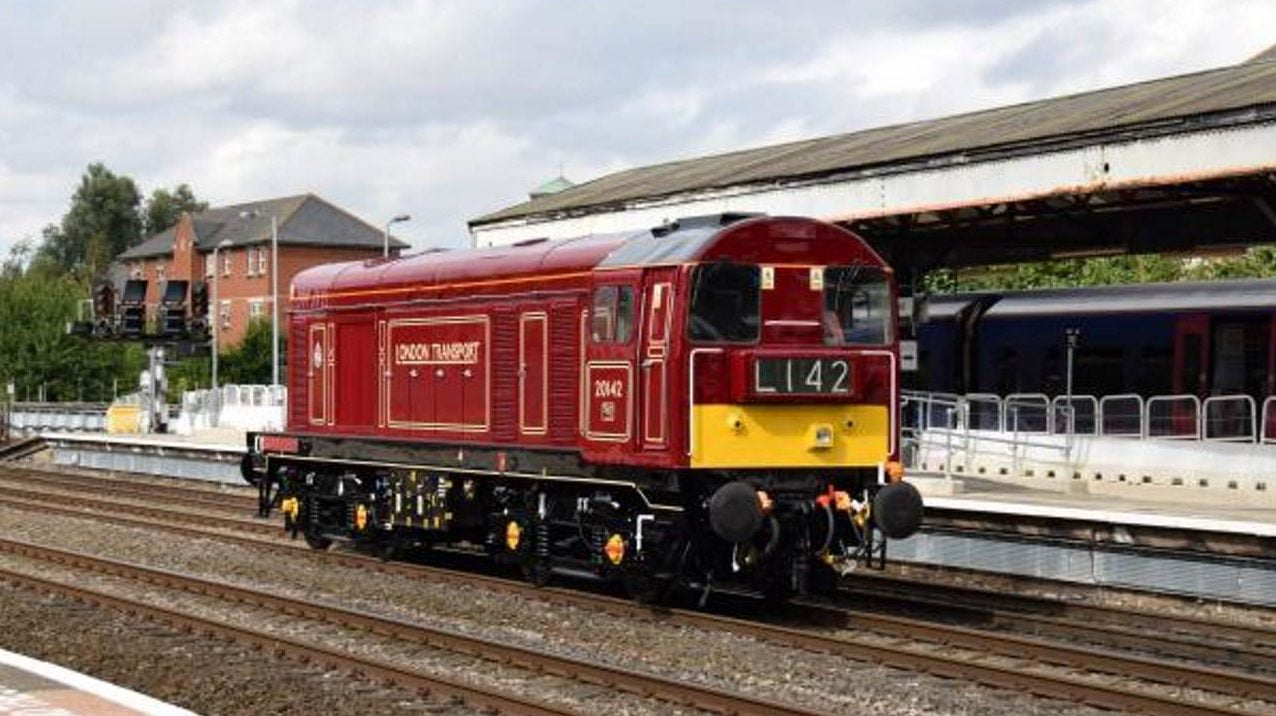 Midland Railway Butterley has announced that Class 20 locomotive No.20142 will be joining them for their Diesel Gala.

20142 is returning to the Midland Railway Butterley after time away on tour to heritage railways and mainline railtours in Southern England.

The locomotive is a Class 20 which was built in the 1950s and 1960s at the Vulcan Factory and Robert Stephenson and Hawthorns, the Class 20s soon gained the nickname “Choppers” for their distinctive sound. The class was allocated to haul light mixed traffic work, with only a small amount of passenger work ever being done by the Choppers.#

Many were paired together, making them useful at a time when more and more freight traffic was being lost to lorries. Many have been preserved and some can be seen on the mainline.

20142 can currently be seen in London Transport red livery and is named ‘Sir John Betjeman’.

About the Diesel Gala

20142 joins the growing lineup for the Diesel Gala, which features an intensive timetable. The event is being held on the 16th and 17th June 2018.

Heritage Railway’s delight as passenger numbers soar in May 2018

Steam locomotive No.2007 Prince of Wales has wheels tyred and crankpins fitted