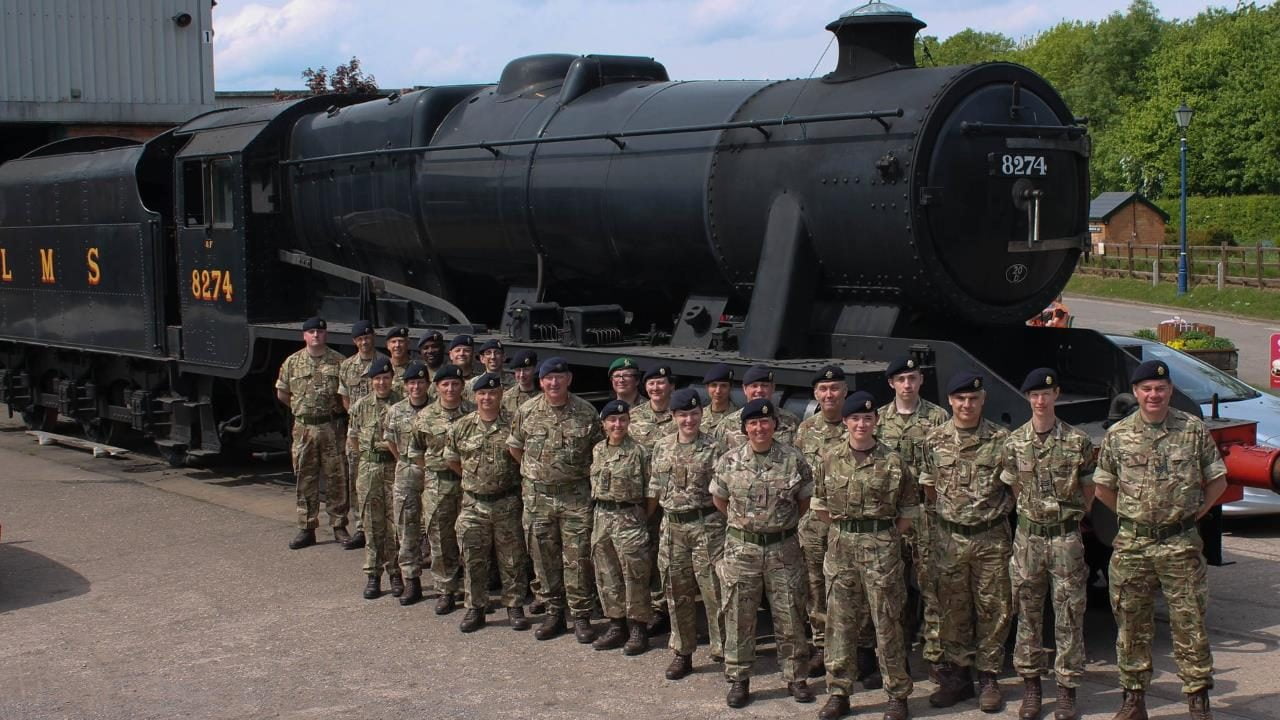 The Great Central Railway – Nottingham have announced that they have helped out 281 Squadron – Royal Logistics Corps for a training exercise.

The training exercise, Ex Sodor, has been conducted over two weekends at the heritage railway in Nottingham.

The first weekend involved the team planning how to move vehicles and equipment by rail. The soldiers were taught on the selection of rolling stock and calculating the train configuration, also, they were taught how to work safely on the railhead with others.

The second weekend involved conducting a reconnaissance of a railhead and presenting their findings to the Squadron Officer Commanding.

The Great Central Railway allowed the Squadron to use their facilities for the army training.

The ability to get “hands-on” experience outside the classroom is essential in order to bring Army logistic planning to life. All those that took part enjoyed the day and were able to present a comprehensive report to the Officer Commanding.

The Regiment would like to thank GCRN – Great Central Railway Nottingham for allowing 281 Squadron RLC to use their facilities, providing a valuable training opportunity.