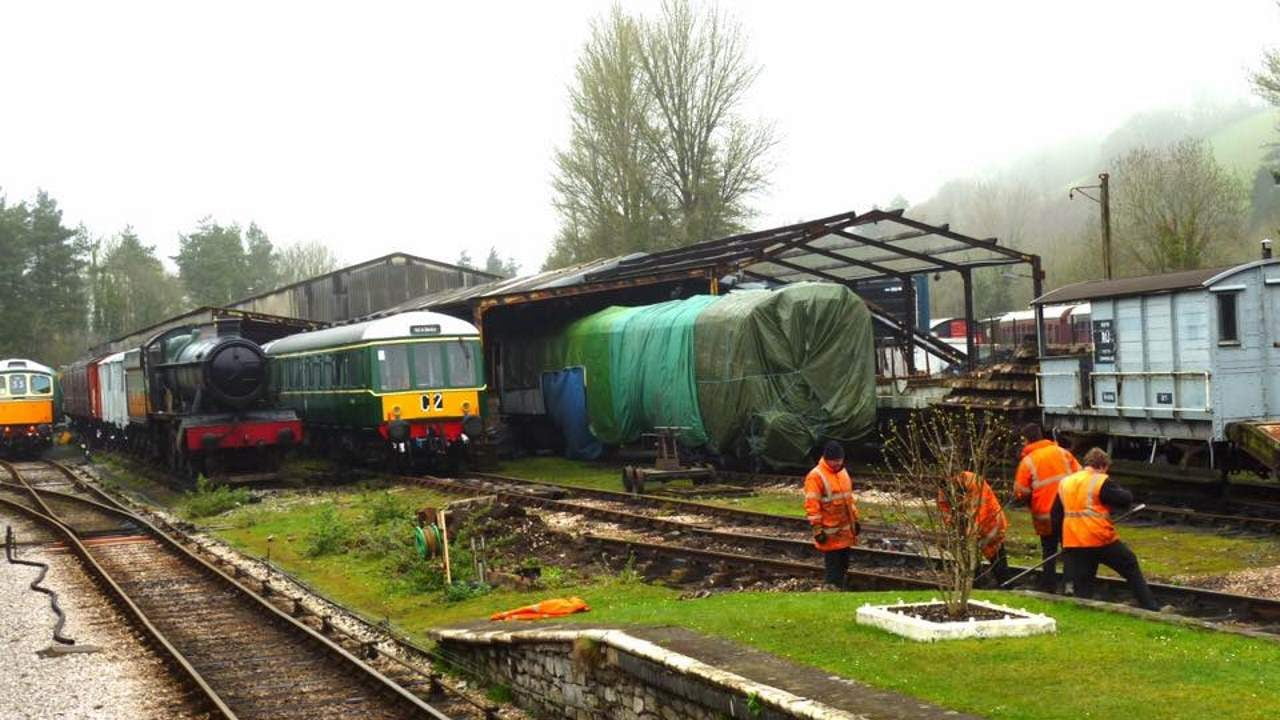 Steam locomotive, 4920 ‘Dumbleton Hall’, has been reconnected to the rest of the line at the South Devon Railway.

Over on the 4920 ‘Dumbleton Hall’ facebook page, the photos show the P-Way gang slewing the track back together to allow the locomotive to be released from her severed siding.

The locomotive has been sat awaiting overhaul on this siding for the past 9 years.

This, by no means, means an overhaul is now on the cards, we shall have to wait for that information to be released, but it is nice to see this locomotive reconnected with the rest of the line.

A brief history of 4920 Dumbleton Hall

Dumbleton Hall was sold and restored to the BTSR, Buckfastleigh and steamed, in restored condition, in 1988. It is now stored awaiting overhaul at the South Devon Railway carrying Great Western Railway green livery.