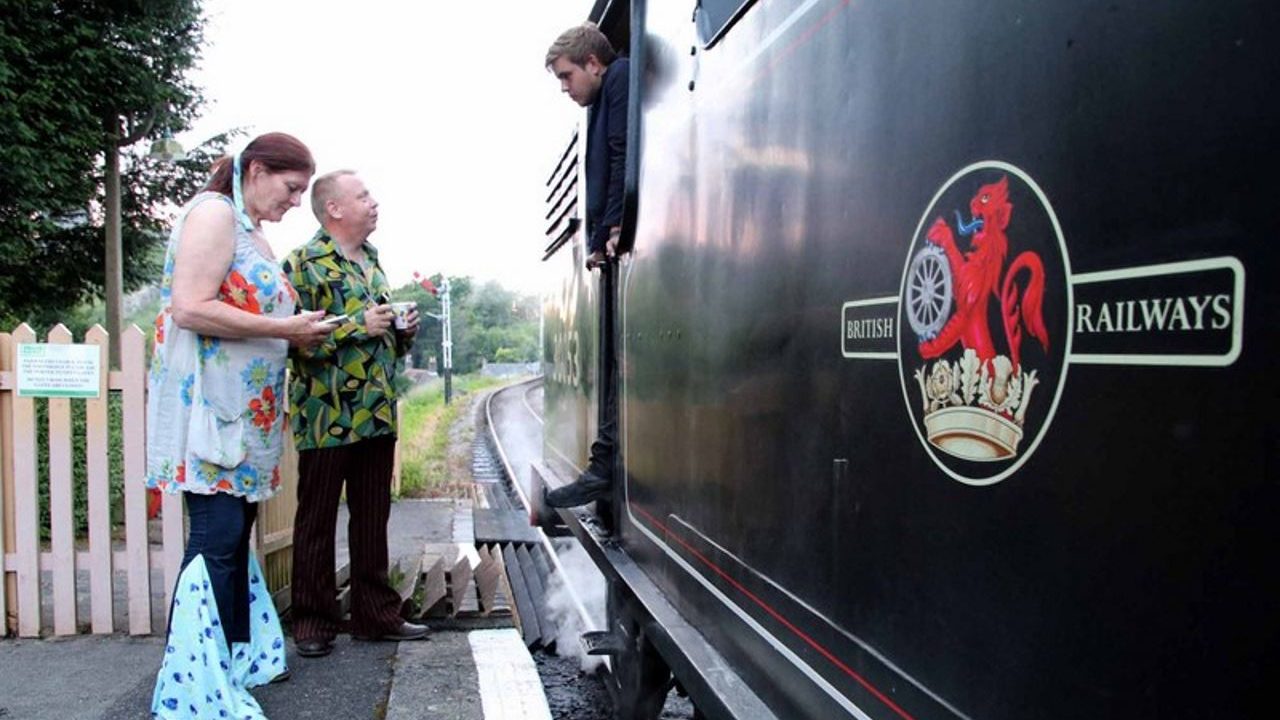 The Swanage Railway will be running the ‘Sounds of Summer Musical Express’ steam train this June and will take you back to the hits of the 1960s, 1970s, 1980s.

The event will be featuring talented band, Driftwood’, who is from Southampton. This special evening will feature musical nostalgia across 50 years.

The band will be playing one music set at Swanage station before the train departs. They will then play two music sets at Corfe Castle.

Passengers are being invited to attend in fancy dress on a mid-summer theme, with a prize for the best fancy dress.

The goods shed museum at Corfe Castle station will be open for passengers riding on the ‘Sounds of Summer Musical Express’ steam train.

The special music train evening is being hosted by a group of Swanage Railway volunteers, which maintain and develops Harman’s Cross station, a facility that has been built from scratch since 1988.

The ‘Sounds of Summer Musical Express’ steam train can only be boarded at Swanage station.

Tickets for the ‘Sounds of Summer Musical Express’ are:

“A talented four-piece vocal harmony band, ‘Driftwood’ will be playing  music from the 1960’s to the present day, including the Beatles, the Rolling Stones, Elbow, the Eagles and many other classic covers.

“The band was formed in 2006 and is made up of guitarists Darren Henley and Brian Price, bass player Andy Daish and vocalist Mark Whitcher.

“All the band members are experienced vocalists who create and perform superb harmonies for a wide range of songs.

“’Driftwood’ has consistently impressed its audiences, having played in more than 60 venues across the south of England.

“The band members played in the Isle of Purbeck having last May when they appeared at a Harman’s Cross Village Hall Music Night where they were very well received,” added Bob, a retired fire-fighter who has been a dedicated Swanage Railway volunteer since the 1980s.

“It’s not only a chance for people to come along and re-live the memorable music of the 1970s but also an opportunity for younger people to experience and enjoy the music from some 40 years ago for the first time.

“I would like to thank the dedicated team of volunteers that has organised the ‘Sounds of Summer Musical Express’ for their hard work, dedication and attention to detail. I am sure that it will be a marvellous evening,” he added.