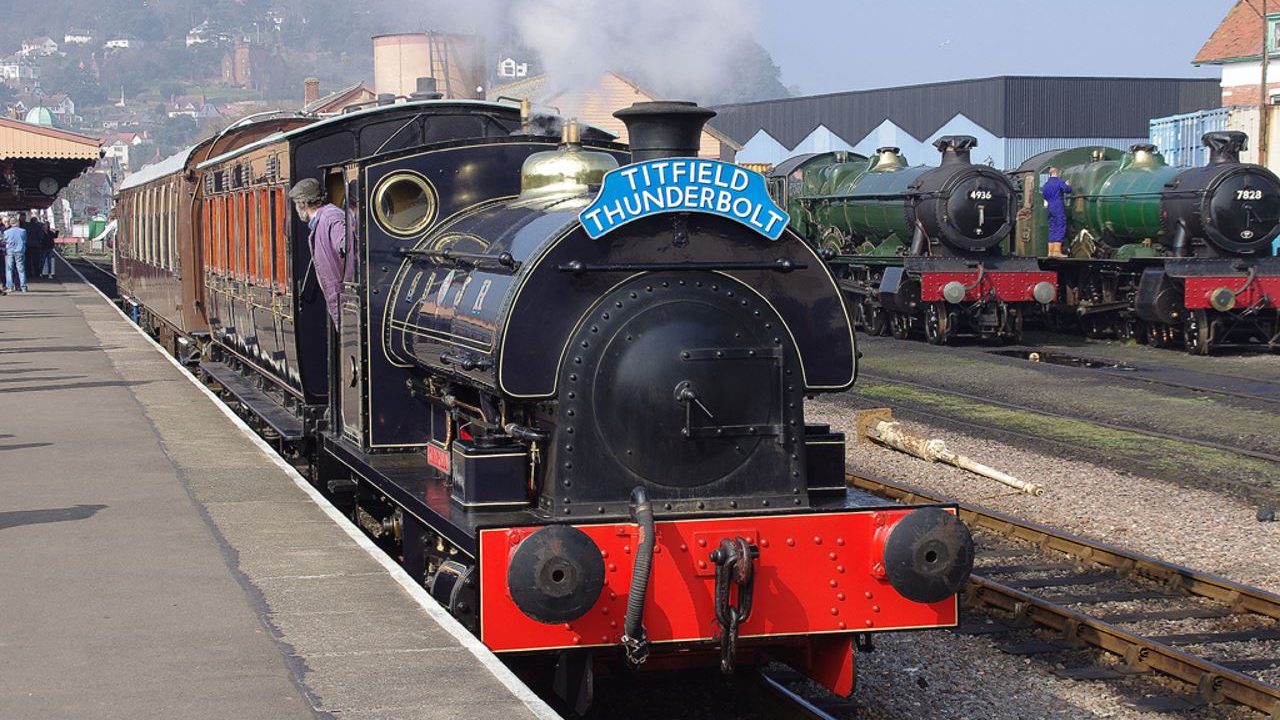 The Helston Railway have announced that the Somerset & Dorset Railway Trust’s steam locomotive ‘Kilmersdon’ will be visiting them for the 2018 season.

The locomotive will be based at the heritage railway in Cornwall until early 2019.

The locomotive, which is in Prussian blue livery, will make her debut on the line at the popular ’40s Event’ on the 27th and 28th May 2018 (late May bank holiday). Kilmersdon will be the first steam train over the Helston branch in over 55 years.

There will be plenty of opportunities to ride behind this lovely steam locomotive in 2018, and a calendar of dates when the locomotive will be used is being created by the railway.

Kilmersdon was built in Bristol in 1929 and is a typical small industrial shunting locomotive. The locomotive spent its working life at Kilmersdon colliery in North Somerset. Now owned by the Somerset & Dorset Railway Trust, at Washford, it is usually steamed to provide shunting demonstrations during Gala events at the West Somerset Railway.

“We are simply delighted by the news that the Somerset & Dorset Railway Trust have agreed to hire us this wonderful locomotive for the 2018 season. This doesn’t of course mean we have forgotten about our other locomotive ‘William Murdoch’. Work is steadily progressing on the final stages of the boiler repairs and then the engine will be re-assembled and tested, we will then be hosting an event with both Peckett’s in steam later in the year”

Step onboard steam locomotive No. 60103 ‘Flying Scotsman’ at the East Lancashire Railway this April

Can you help the Mid Hants Railway and their steam locomotive No.73096 project?