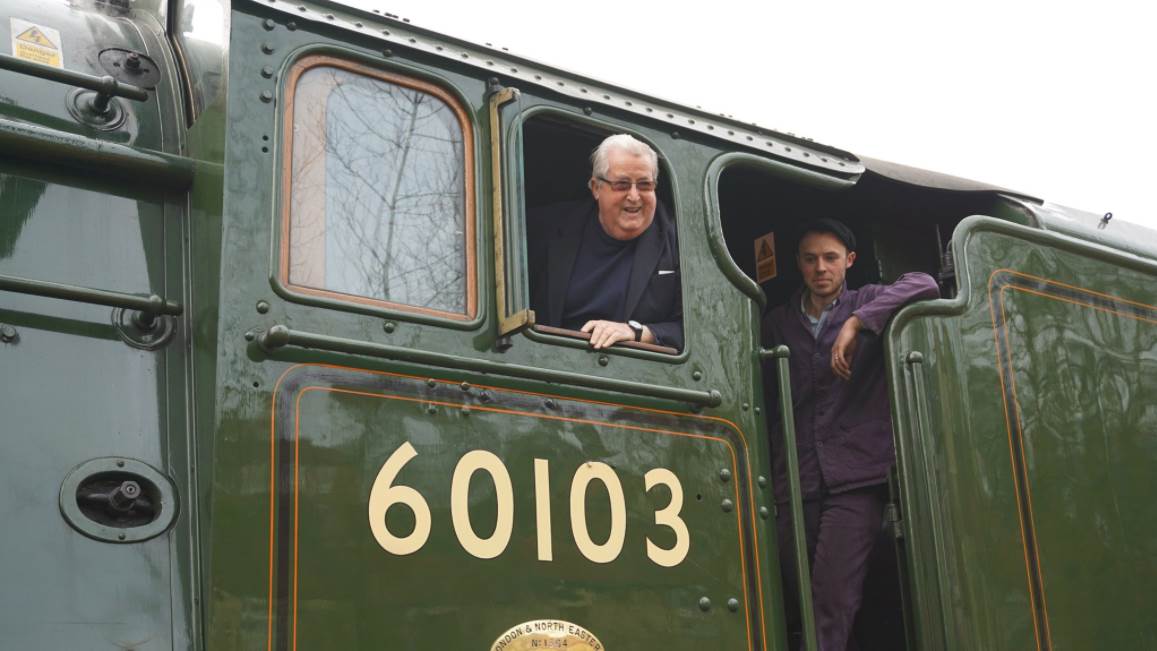 Some sad news to bring you this morning, we have today learned that Sir William McAlpine has passed away aged 82.

The 6th baronet saved steam locomotive Flying Scotsman after Alan Pegler could no longer run it.

The billionaire baronet had his own private railway on his estate in Buckinghamshire, with a Hudswell Clarke steam locomotive, which he bought for just £100. The railway is only open on selected days in the year, with it being an invitation day only.

Away from his private railway, Sir William purchased GWR 4073 Class 4079 Pendennis Castle in partnership with John Gretton. As said previously, he also purchased LNER A3 No. 60103 (then numbered 4472) Flying Scotsman after a financially disastrous tour of North America.

Heritage Railways also benefited from his work. McAlpine was involved in saving the Romney, Hythe and Dymchurch Railway – later becoming its chairman. He also bought controlling shares in the efforts to preserve  Carnforth LMS 10(A) Shed – this later became the Steamtown visitor attraction. He was also chairman of the Dart Valley Railway and the Railway Heritage Trust – and he is a Patron of the Swanage Railway Trust.

He will be missed in the railway world!  Our thoughts and condolences are with his family and friends at this very sad time.