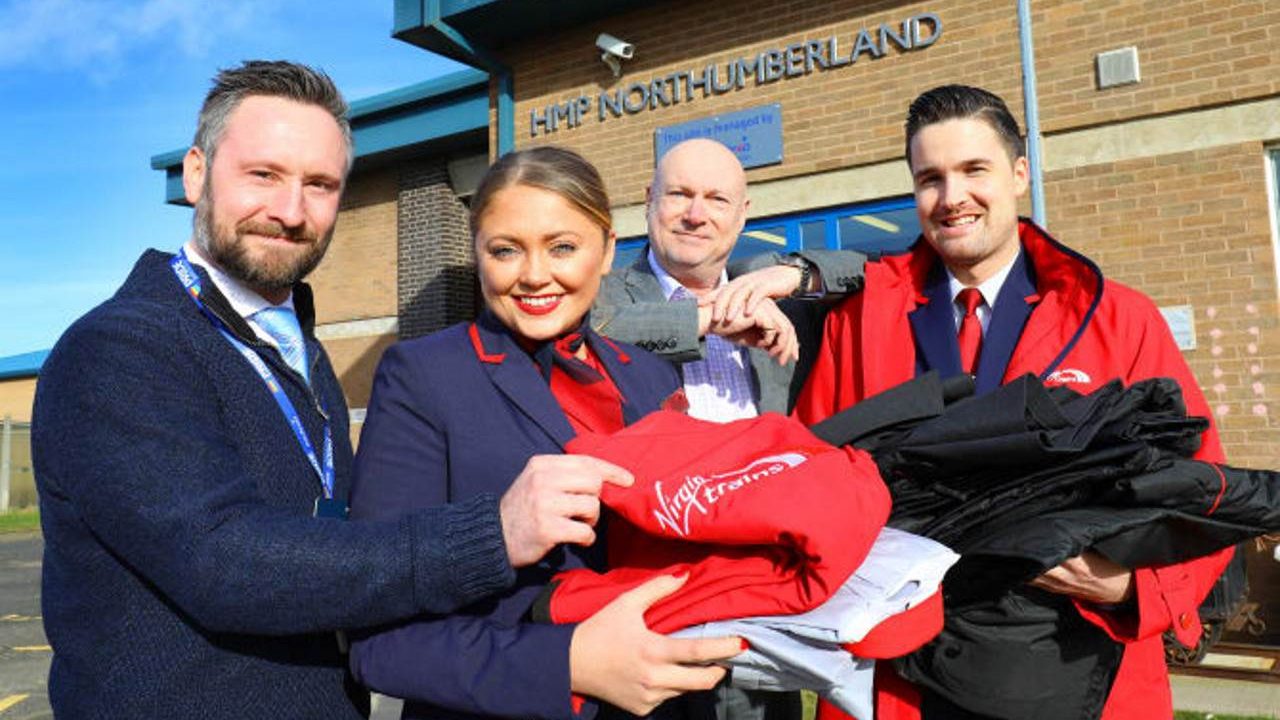 Virgin Trains has announced that it has handed over its old uniforms to a prison in Northumberland to be recycled by its textiles team.

This follows on from the launch of Virgin Trains’ new body-neutral uniform range in 2017. The uniform was designed by sustainable fashion designers Gerardine and Wayne Hemingway for every gender, size and shape across both the East and West Coast.

Every year, around 30 million tonnes of corporate wear are sent to landfill in the UK. To try and provide a solution to this, Virgin Trains’ old uniforms are being transformed into new items by prisoners in its onsite textiles factory.

The partnership is part of a rehabilitation scheme which prepares prisoners for life outside, this is to help reduce reoffending rates.

The scheme, which has been developed by Virgin Trains and HMP Northumberland (supported by Hubbub), will see the prisoners make the old uniforms into new items such as blankets and coats for those living on the streets.

On receiving the old uniforms, Steven Goodacre, Head of Business Development at HMP Northumberland, said “We’re delighted to be partnering with Virgin Trains on its uniform upcycling initiative. Not only is it great to be giving back to local and national homeless charities, but it’s also a fantastic opportunity for our offenders within the establishment to learn new skills which will help them once they have been released, while also decreasing the likelihood of reoffending.”

Zinzi Dzuda, Responsible Business Manager, Virgin Trains commented “Virgin Trains has a passion for sustainability, so when it came to launching our new uniforms we wanted to make sure our old ones were being recycled in the best way possible. This environmental collaboration with HMP Northumberland gives our old uniforms a new lease of life and is a creative solution to achieving zero waste to landfill, whilst also supporting vulnerable people across our patch.”

Full Steam Ahead as Helston Railway launch their 2018 timetable