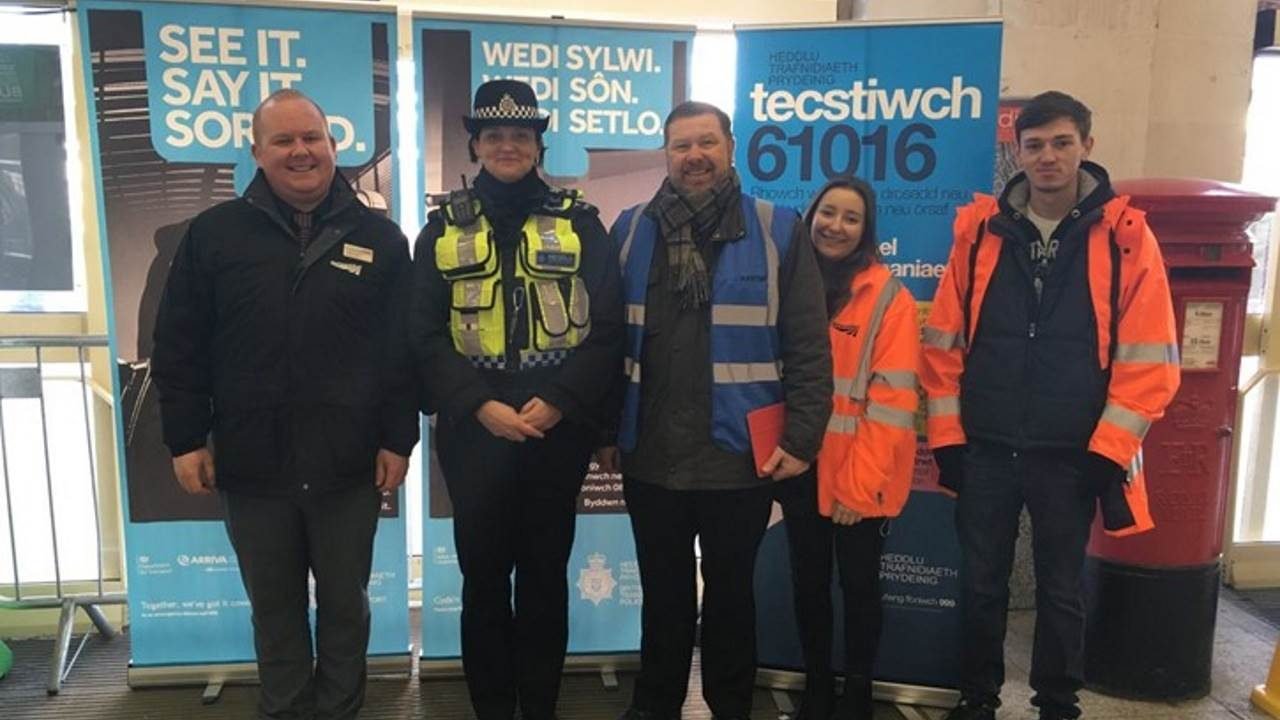 Arriva Trains Wales has announced that an event aimed at making the railway a safer place for all, which took place at Cardiff Central railway station, was a great success.

The British Transport Police, along with Network Rail, joined Arriva Trains Wales staff at Cardiff Central to promote key safety messages, including how to look out for suspicious behavior, and how to report an incident discretely.

Info: The 61016 number is a way of contacting the BTP text without drawing attention to yourself whilst on public transport.

Campaigns such as the See it. Say it. Sorted campaign was promoted at the event.

Simon Turton, Security Manager for Arriva Trains Wales said: “The railway in Wales is a very safe and secure place anyway with staff given extensive training in spotting suspicious behavior. We also invest significantly in the top of the range security equipment with round the clock CCTV monitoring. However, with more than 30 million people travelling with us every year we want them to be our eyes and ears too to keep each other safe. So if you do ever see anything that sets off an alarm bell or even just doesn’t look quite right, tell rail staff or the BTP.”

Storm Callum set to cause travel chaos this Friday in Wales