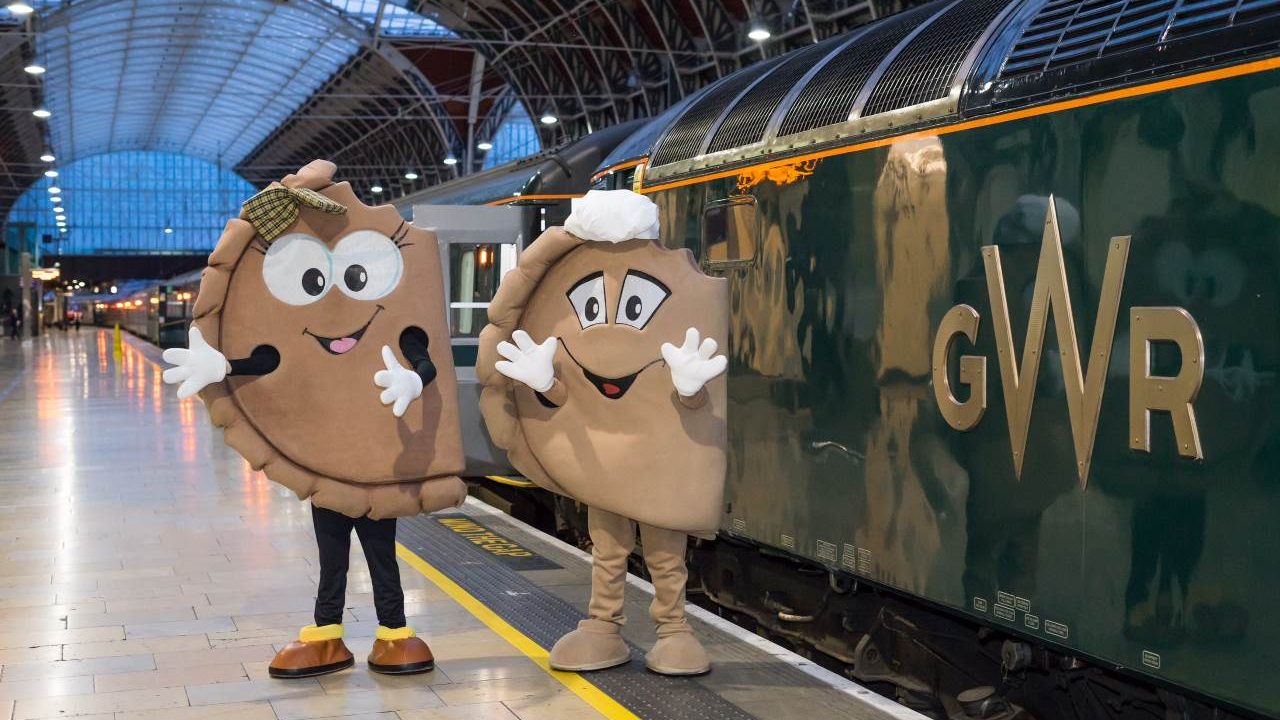 Great Western Railway has announced that it is helping to support the first ever Cornish Pasty Week.

Cornwall’s culinary contribution to the world will be celebrated in a week dedicated to the pastry dish. Great Western Railway will be helping to celebrate this by transporting Mr. and Mrs. Pasty to London for a week of activities promoting the history of the pasty.

As part of the events which are taking place, Great Western Railway passengers will be offered complimentary pasties onboard selected services – this is thanks to a partnership with Bodmin based producer, Proper Cornish.

To help promote the ever-popular pasty, and the best way to travel to Cornwall, Great Western Railway has teamed up with ‘Let Them Eat’ to offer a months supply of pasties to one lucky winner. To enter, just re-tweet the image on GWR’s twitter of Mr. and Mrs. Pasty alongside the Night Riviera sleeper service. #

Cornish Pasty Week is being held from the 25th February until the 3rd March 2018 and is an initiative by the Cornish Pasty Association.

Mark Hopwood, Managing Director of Great Western Railway, said “It’s a delight to work with the Cornish Pasty Association in such a fun way to promote the Cornish pasty and a wonderful part of our network to the rest of the world. We hope this week will inspire more people to visit Cornwall and try a world-famous pasty.”

Update on the overhaul of steam locomotive No. 6695