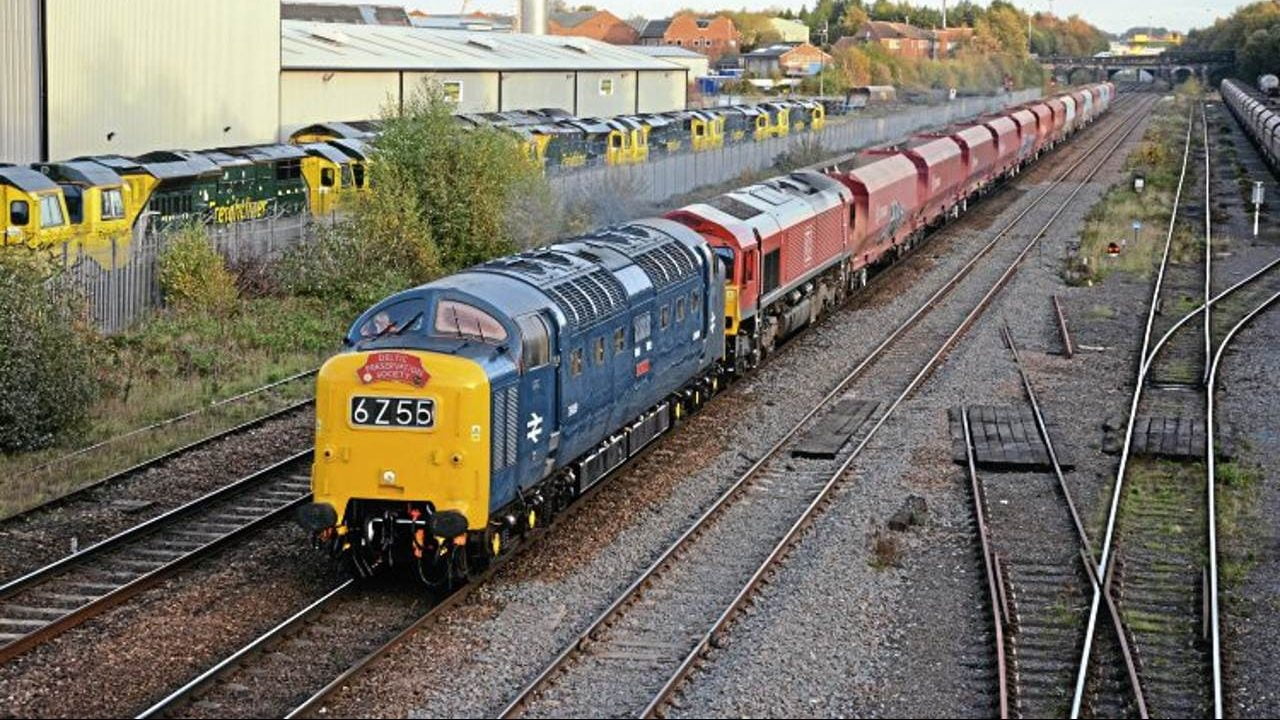 The East Lancashire Railway, in Greater Manchester/Lancashire, has announced that Deltic D9009 ‘Alycidon’ will be visiting them for their ’40s at 60′ themed gala later in 2018.

D9009 is currently based at the National Railway Museum at York. It entered traffic in 1961 after being named at Doncaster Works on July 21st, 1961. It was named after the winner of the 1949 Ascot Gold Cup.

Purchased for preservation by the Deltic Preservation Society, it was towed to the North Yorkshire Moors Railway where it entered traffic immediately. It saw regular use until it needed a major overhaul in November 1990. After overhaul, she emerged in 1998 with the ‘as built’ 1960s two-tone green livery with no yellow ends. The locomotive returned to the North Yorkshire Moors Railway in August the same year.

The locomotive has had spells of visits to the East Lancashire Railway, which the locomotive moved to after visits to the North Yorkshire Moors and Severn Valley Railways. It has since seen use on the mainline hauling tours around the country.