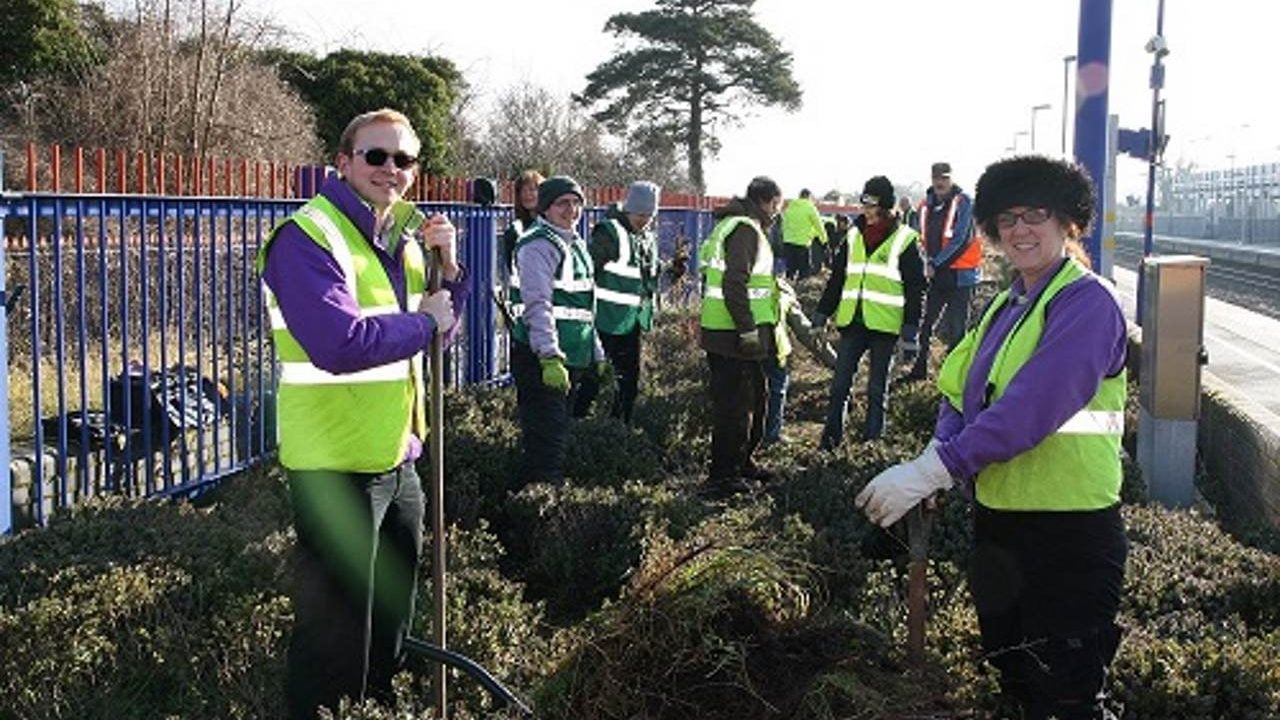 Commuters travelling at Bicester North railway station on Tuesday 6th February 2018 would have seen a hive of activity taking place in the garden on the London-bound platform.

This was the first ever working party of Bicester North Station community group which is thanks to the launch of Chiltern Railways’ latest Station Friends Group.

The group has convened to give the garden a makeover. The group has come together to support Chiltern Railways in its aim to make journeys better now and in the long term.

Despite the flurry of snow and icy temperatures, 21 volunteers turned out to dig up the weeds and prepare the garden for planting. Eventually, the 388-sqm space will be replanted with a garden that will provide year-round colour.

Alan Riley, Customer Services Director at Chiltern Railways, said “I am hugely appreciative to the Friends of Bicester North Station and other Station Friends Groups for the work they do to maintain the gardens at stations along our route. While the work at Bicester North has just begun, the area already looks much smarter and will no doubt be a place that the community can take pride in when it is complete.”

Bea Foster of Friends of Bicester North Station, said “It was so much fun to take on a new project and be part of the birth of a new group. Already we can see a difference and it has been fantastic to work with such a great bunch of people. I look forward to more sessions and seeing Bicester North station looking splendid and cared for.” Services on CrossCountry Trains will be severely disrupted on 19th February and 5th March due to planned strike...