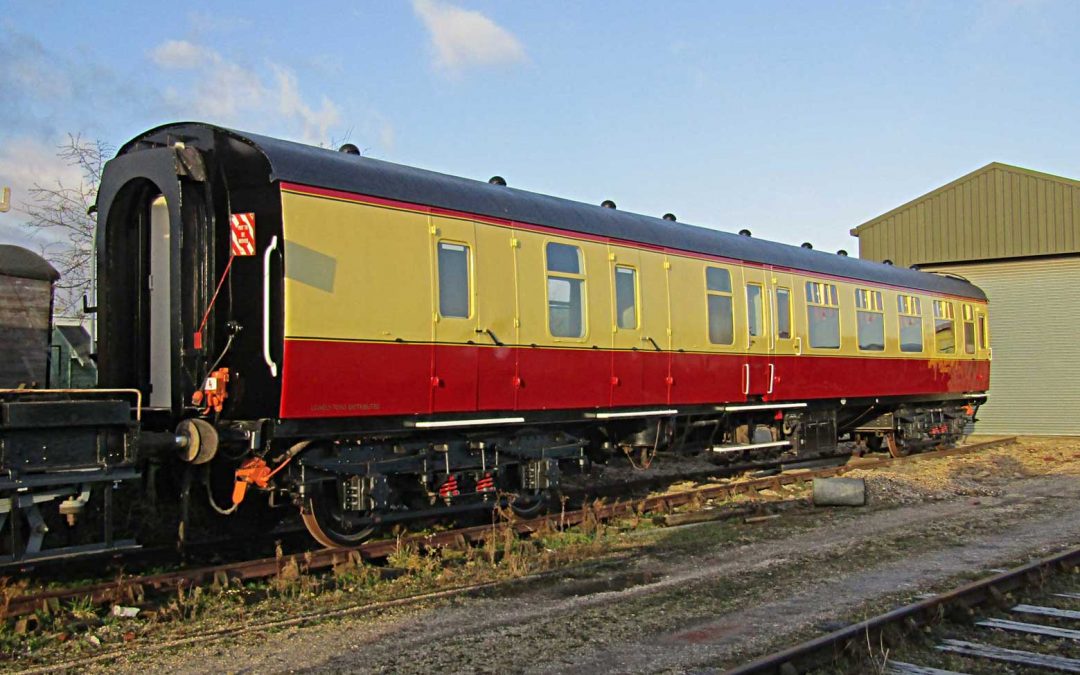 The Lincolnshire Wolds Railway have completed the restoration of a rare MK1 BSK coach.

The railway carriage has been completed at the railways Ludborough carriage workshops.

It was used as the mainline support coach for Black Five No. 44871 (which is used on mainline tours, as well as ‘The Jacobite’ trains in Scotland. Currently residing at the Keighley and Worth Valley Railway over the winter) until it moved to the Lincolnshire Wolds Railway in 2006.

No. 35123 has been turned out in Blood and Custard livery.

The carriage will be used in the coming season in the Lincolnshire Wolds Railways running set.

Is it ready to go?

Steam and brake tests have also been completed, so it is ready for the upcoming season, which starts in March.