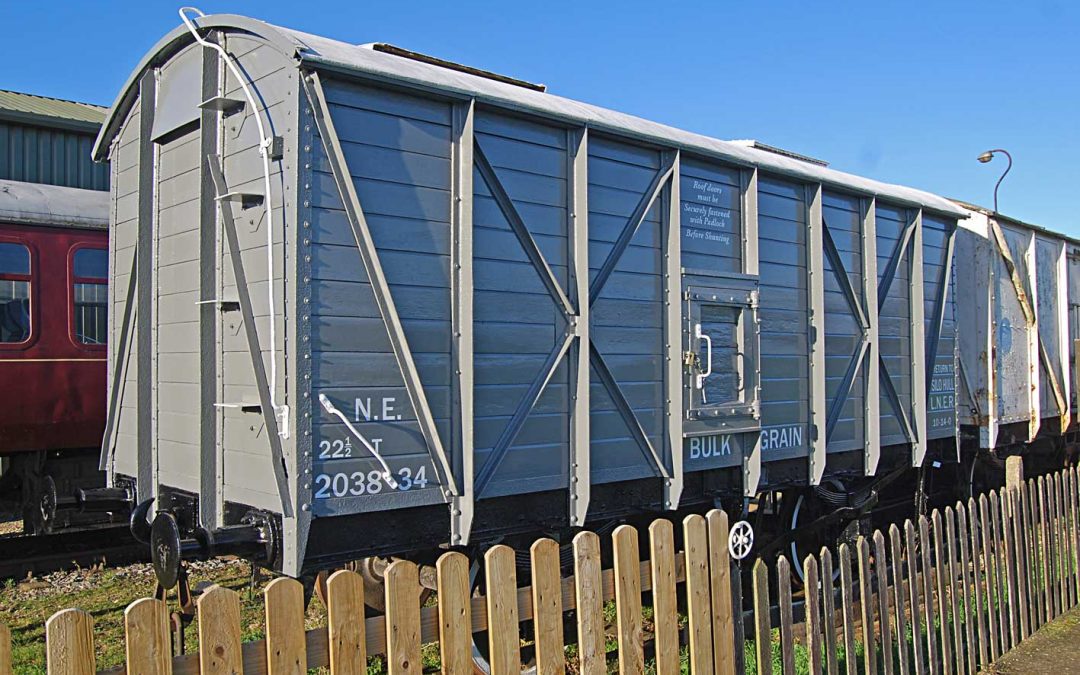 A Grain Van built by the London North Eastern Railway that worked between Grimsby and Louth’s Malt Kiln has been restored by the Lincolnshire Wolds Railway.

The van is one of three grain wagons donated to the Grimsby to Louth Railway Group by the owners of the kiln after the line closed in 1980.

After 20 years of being exposed to the weather, they were transported to Ludborough in 2000.

History of the wagons

The original batch of these LNER grain vans was delivered in 1929. They were built to GWR drawings. The grain was always being taken to the King George Dock in Hull.

The vans had two uses, either a covered goods wagon or a hopper wagon. They used flaps to either have a flat floor or open to use as hoppers.