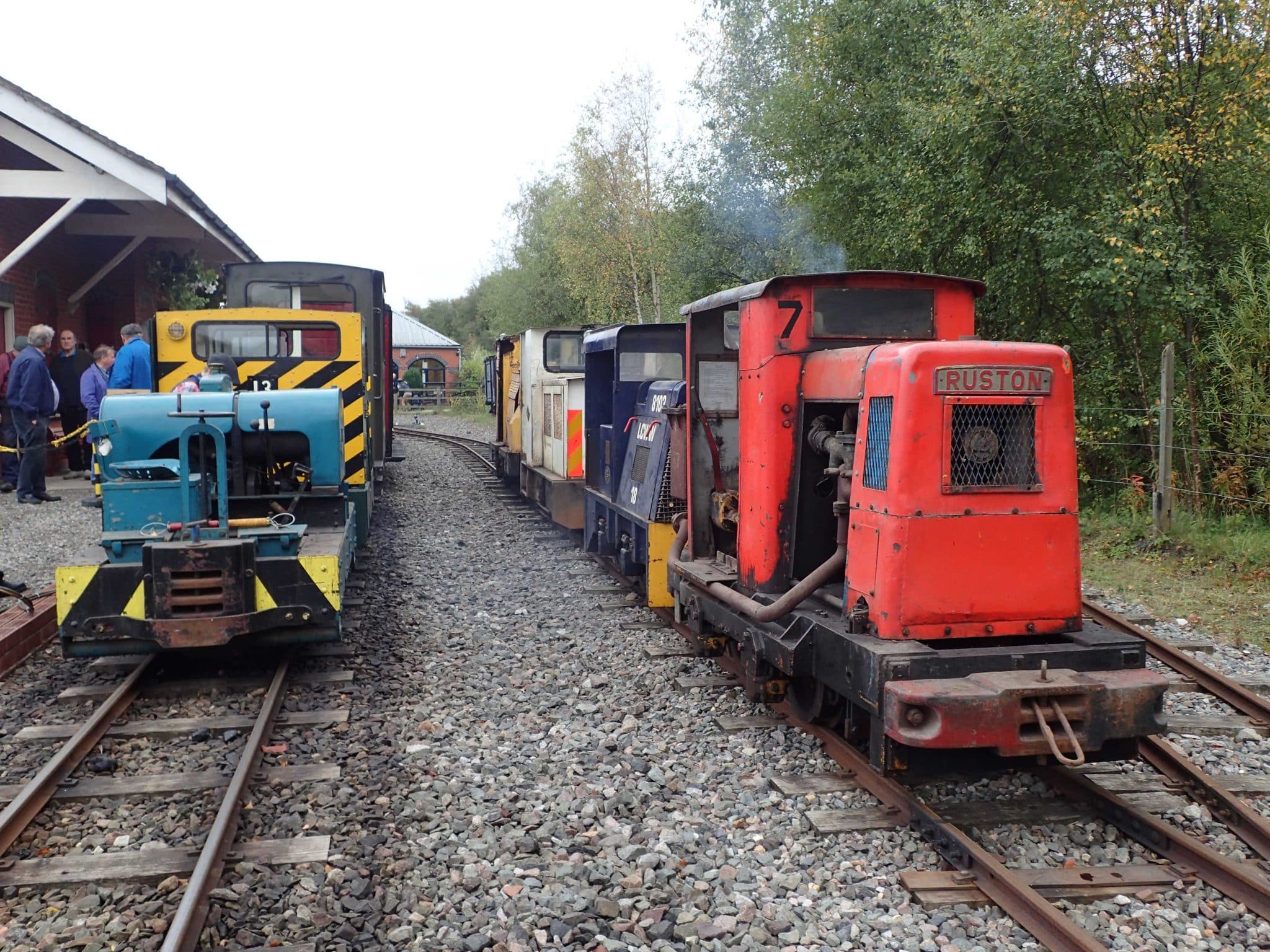 The Moseley Railway Trust has announced that it has had a really successful Diesel Delights gala, which it held in October 2017.

The narrow gauge railway saw no less than 18 diesel and petrol locomotives running at the gala.

The event was organised by some of the railways younger members.

The deal to bring these locomotives to Apedale saw Stanhope return to Lancashire for a few days. The locomotive is currently steaming towards the end of its boiler ticket so has bowed out in style.

What did the officials at the Moseley Railway Trust say?

Phil Robinson, the Trust Chairman said “We are delighted with how the Diesel Delights event went. The weekend was a real testament to the abilities of our younger members, who showed that the have the organisation abilities to run a significant event – well done to all!”

I missed the events this year !

Track Trek At The Bluebell Railway