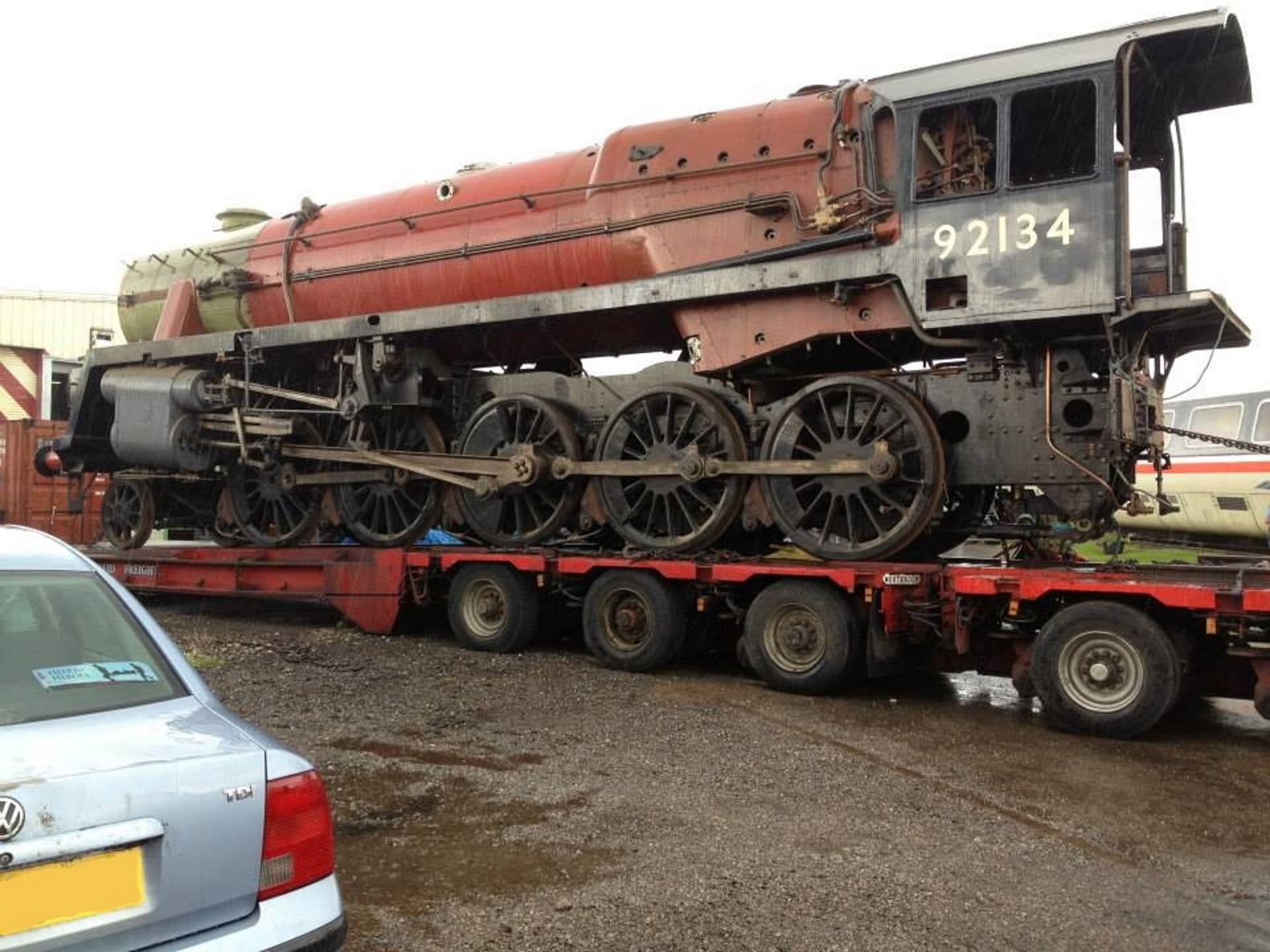 At LNWR Heritage in Crewe, the boiler for 9F 92134 has successfully passed its steam tests. With the boiler now completed, this means 92134 is on the final leg of its restoration.

92134 is a unique 9F, being one of three preserved 9Fs built at Crewe and to have a single chimney.

92134 is also the oldest preserved member. Working for BR for only 9 years and 6 months, 92134 was bought by Woodham Brothers of Barry on withdrawal.

Saved for preservation in December 1980, 92134 moved to Crewe, where the majority of restoration has been carried out, either at Crewe Heritage Centre or LNWR.

The loco was moved to the East Lancashire Railway in early 2016, where the loco will be based once returned to steam.