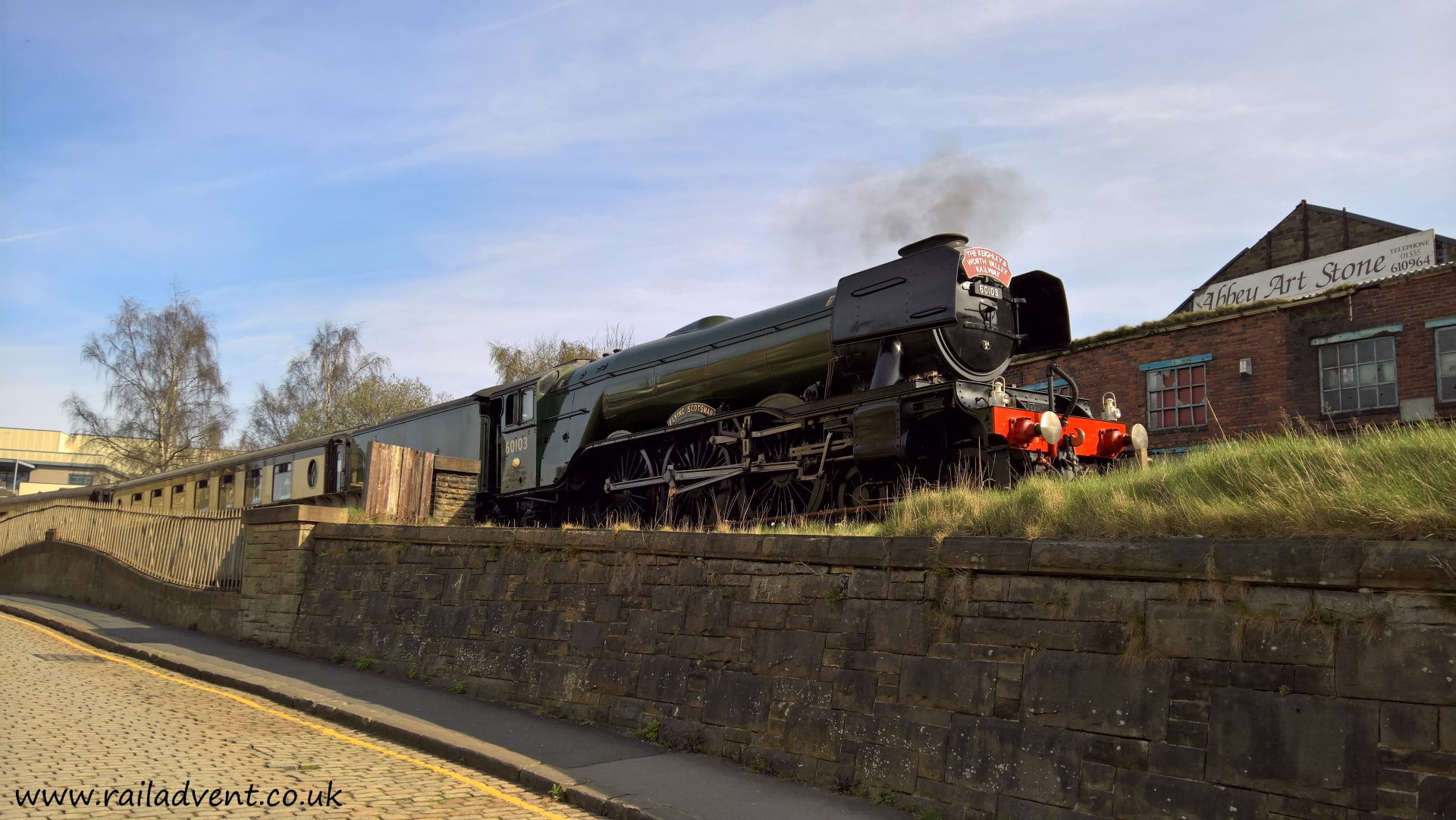 The National Railway Museum have sent out an update about Flying Scotsman after it failed with a hot axle box on a steam charter this week.

In the update, they have said that Flying Scotsman, which returned to steam last year, was taken out of service as a precautionary measure.

Flying Scotsman is now being stabled at the Nene Valley Railway in Peterborough while an engineering inspection is being completed.

The trips from Norwich which was scheduled for this weekend have been cancelled.

The spokesperson said “However, we can confirm that, thanks to the efforts of our train operator, West Coast Railways, along with Network Rail, Riley & Sons Engineering and tour operator Steam Dreams, the trips are in the process of being re-arranged for Saturday 11 November, instead of being cancelled. They will run to the same schedule and timings, subject to final confirmation from Network Rail.”

We will update you on Flying Scotsman when we receive the information.