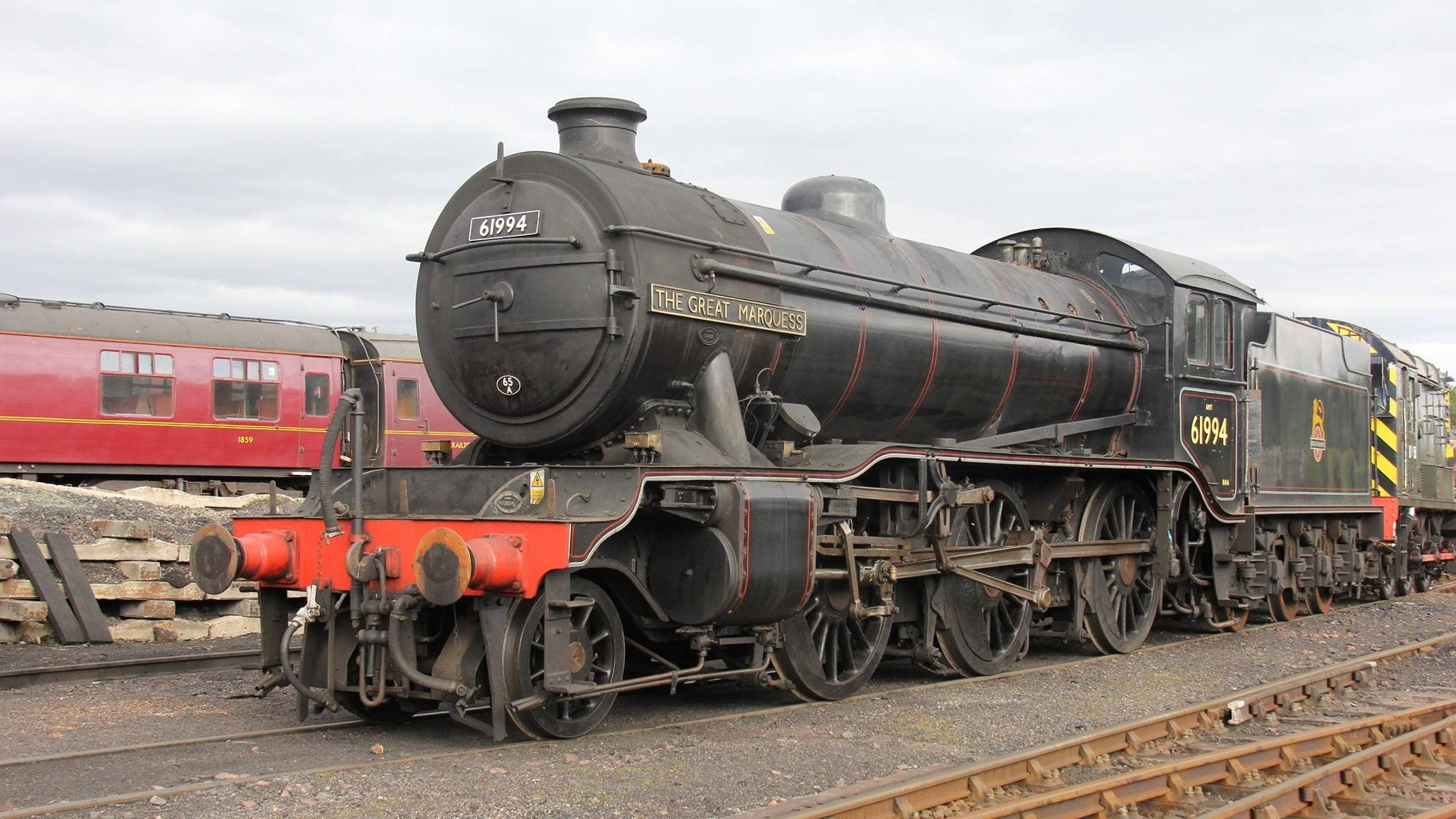 K4 No. 61994 ‘The Great Marquess’ has begun a new chapter of its life in Scotland at the Museum of Scottish Railways at the Bo’ness & Kinneil.

The locomotive has been left in the sidings at the North Yorkshire Moors Railway since its withdrawal from service.

The Bo’ness & Kinneil Railway have reached agreement with the Cameron Railway Trust for The Great Marquess to be displayed at Bo’ness until the new museum has been built, where it will be joined by A4 60009 Union Of South Africa in Fife.

The LNER Class K4 locomotive, which was designed by Nigel Gresley, will stay with the BKR for two years. The locomotive will be on display and visible to visitors along with the rest of the railways collection

It is hoped that the locomotive will be on display at the Steam Gala on the 21st/22nd October. It will then move into the museum shortly after.

Vic Michel, who is Scottish Railway Preservation Society Chairman, commented: Great Marquess was built in 1938. The locomotive was designed to work on the West Highland Line being a very powerful and yet manoeuvrable locomotive. The K4 was able to manage the steep gradients and sharp curves of the West Highland Line. It is very fitting that this locomotive should come back to Scotland and be on display at our Museum of Scottish Railways. We are delighted to be able to look after it and make it available for the public to see before it finally goes back home to ’John’s Museum’. I am sure it will be a very popular engine whilst it is with us.”

John Cameron said: “I am delighted that The Great Marquess is to come back to Scotland to Bo’ness and be available to be seen in the Society’s Museum for the next two years prior to going into our own ‘Visitor Centre’ in Fife. Where – along with Loco 60009 ‘Union of South Africa’ it will also be available to be visited by the public.”