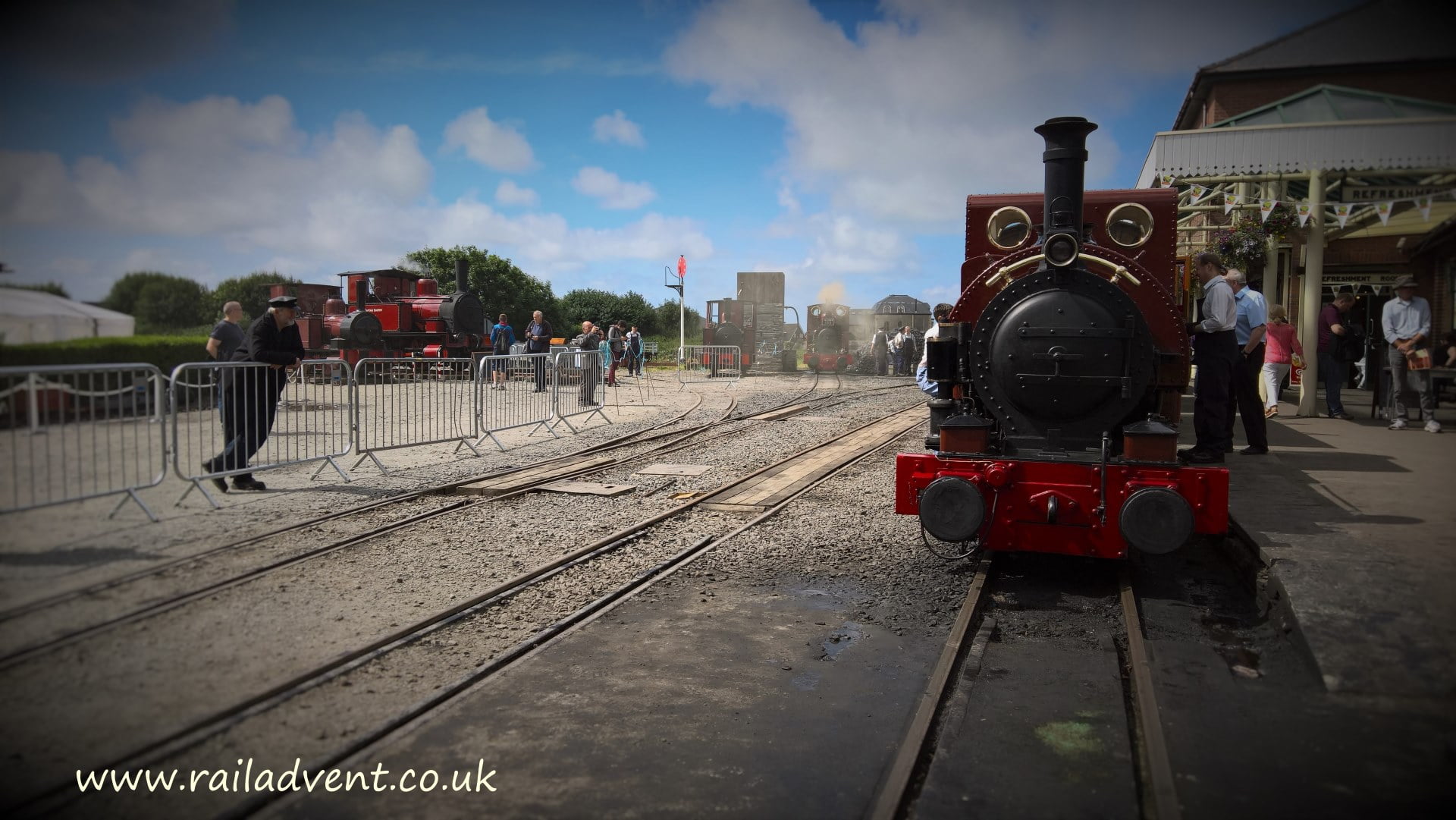 William Finlay, No. 173L, also worked at the Dorking Greystone Lime Works, it is current owned by the Narrow Gauge Railway Museum, who have cosmetically restored the loco (Not Steaming Condition), William Finlay will replace “Jubilee 1897” who is being loaned to the Penrhyn Quarry Railway, in Bethesda.

The twin of William Finlay, Townsend Hook also worked at Dorking and is currently owned by the Amberley Museum & Heritage Centre. Work has been completed, though, like William Finlay, it isn’t in steamable condition, and was a static display at the gala.

Other highlights include a re-enactment of the first passenger train, hauled by Dolgoch (Who celebrated her 150th Birthday at the Gala). Also featured is the miniature railway, which was in operation at Wharf Station, and also the Llechfan Garden Railway, which had an open day throughout the event. Finally, in part one, see all 5 in-steam Talyllyn Resident Locomotives depart Tywyn with a ‘Cavalcade’ special.

Numerous events for Barnards Miniature Railway in 2020 for 10th anniversary