A Visit to the National Railway Museum in York 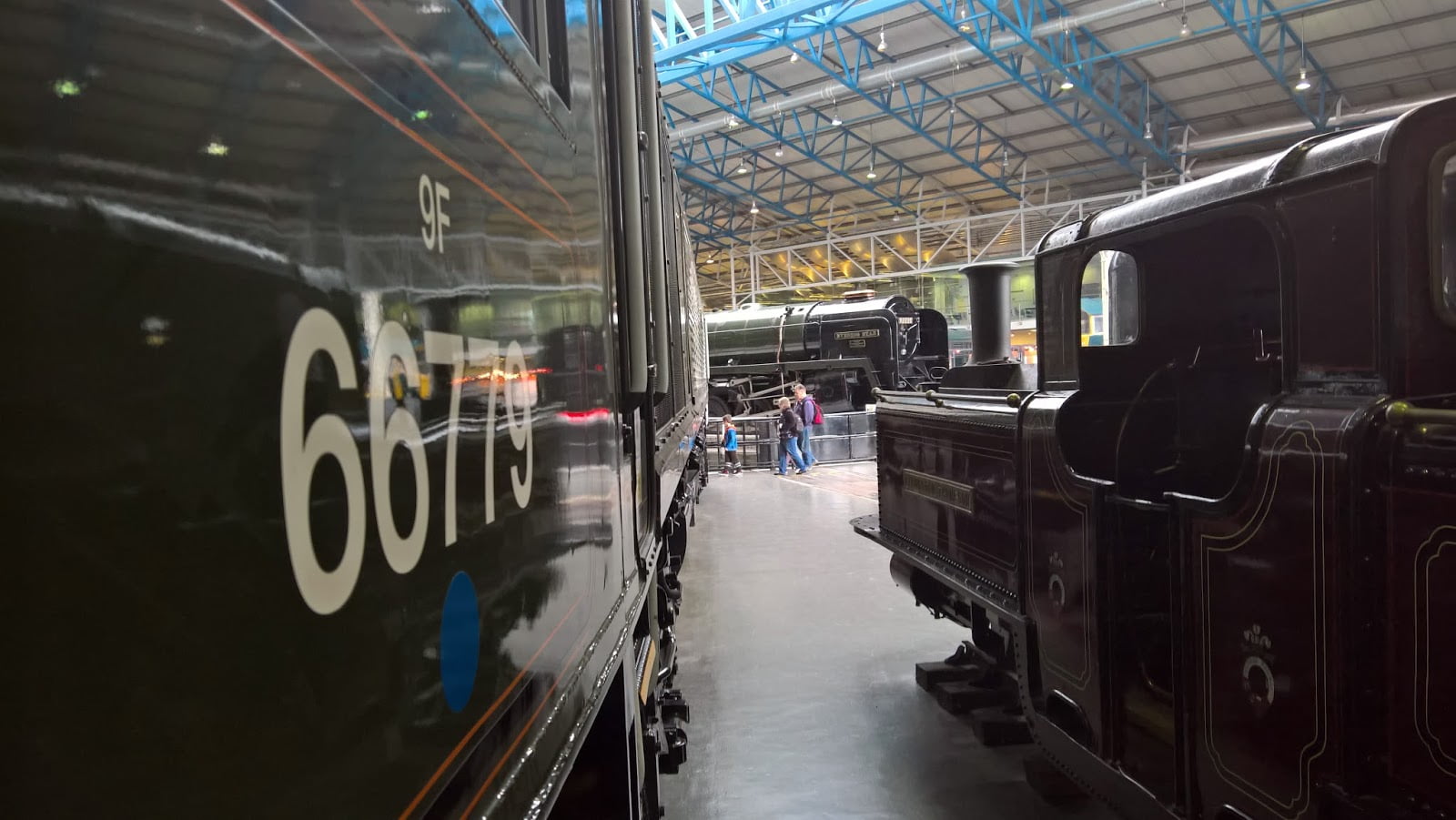 On Sunday 15th May 2016, we visited the National Railway Museum at York. The museum has a display over 100 locomotives, and nearly 300 other items of rolling stock, which mostly all ran on the railways in the UK, or was built here. The museum is free to enter, but you can of course make a donation, buy a guide book, have lunch etc. to help support the museum. Earlier in the month, the last Class 66 was built in the USA, and was on display in the museum having been painted in BR green, and wearing the name plate ‘Evening Star’. Next to Class 66 is perhaps one of the smallest loco’s on display at the NRM, Livingston Thompson is currently on loan from the Ffestiniog Railway, in Wales. It was tucked away in the corner behind the ‘Big Green Diesel’. Of course, the real ‘Evening Star’ wasn’t left out, the 9F Locomotive took pride of place on the turntable.

The 9F was also part of the demonstration turntable working, this happens throughout the day at specific times (please read your guide to plan your day accordingly). The National Railway Museum also refurbishes and overhauls locomotives, this year, it successfully brought ‘Flying Scotsman’ back to the tracks after years of restoration. It is now time for No. 60009 ‘Sir Nigel Gresley’ to be brought back to life.

The restoration has started with it now in bits, now it is the complicated part of slowly repairing/replacing and putting the pieces back together again. The station hall also presented us with one of the two surviving ‘Crab’ locomotives, the other one is the only one left in steam, and is at the East Lancashire Railway. This one, No. 13000 is seem here with a rake of first class carriages. Now, time for a world record holder, we also met Mallard in the Great Hall, the A4 Pacific wore a ‘Flying Scotsman’ headboard in appreciation to the efforts made by the National Railway Museum and Riley & Son Ltd for the great job at restoring the A3 locomotive.

No. 4468 ‘Mallard’ is the holder of the world record for a Steam Locomotive Speed Record, travelling in excess of 100mph. Not all locomotives at the National Railway Museum are steam powered though, some are diesel powered! With examples being ‘The Western Fusilier’ and ‘Alycidon’. The museum also has a Japanese Bullet Train, this is an original Bullet Train that set the world record for train speed, with a maximum speed of 200mph. The bullet train is open, and you can sit inside this record breaking train and imagine yourself on a journey.

The museum also has a Miniature Railway, more of this is seen in the video, this will be uploaded very soon.