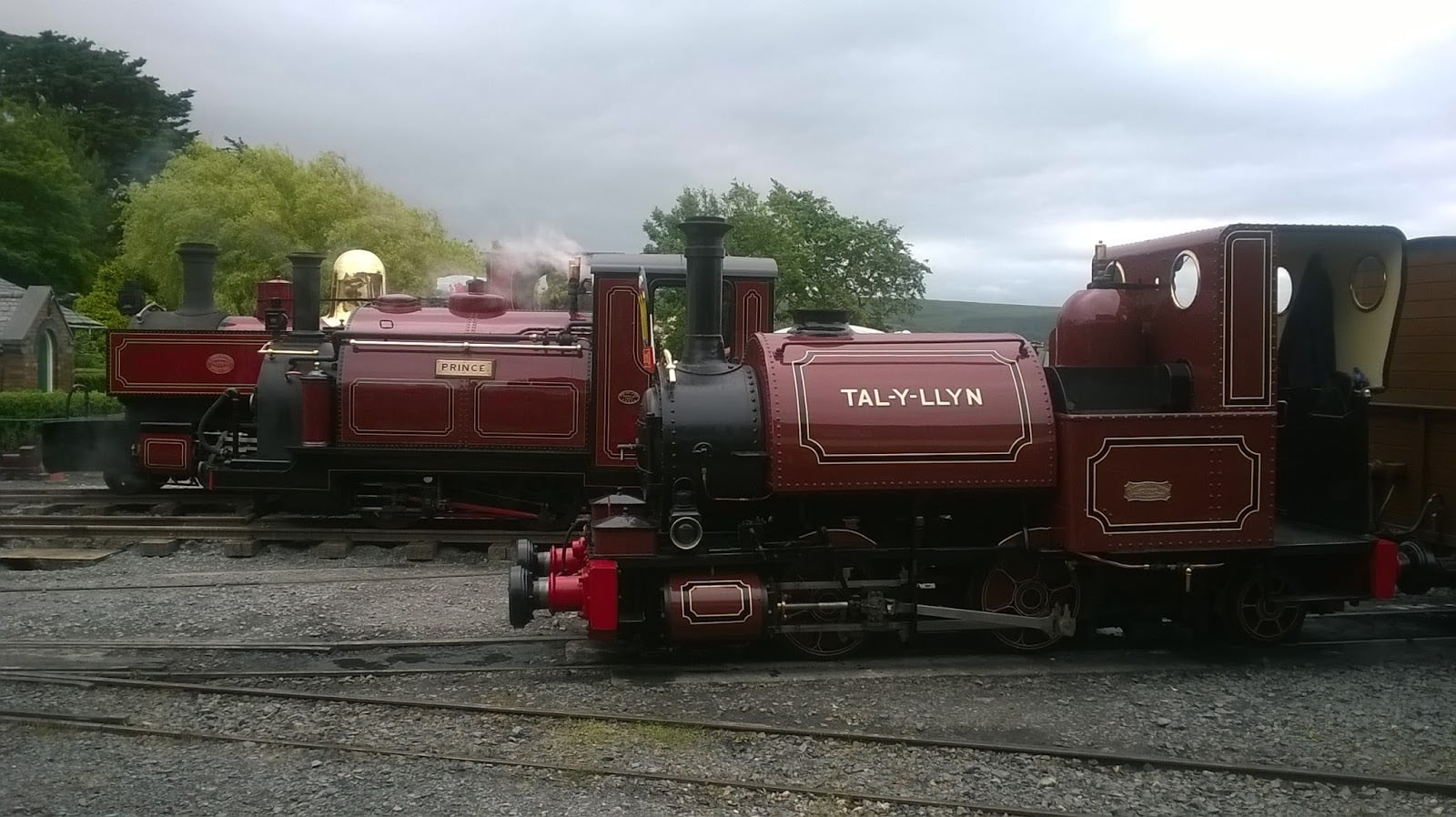 In 2015, the Talyllyn Railway had its 150th birthday, they held a variety of special events throughout the year to celebrate this special year. The Talyllyn is the worlds first preserved railway, so becoming 150 is a very special occasion. Talyllyn brought some friends along to celebrate Talyllyn 150 too!

A video of all this will be uploaded to YouTube in the next few days.

Joining in the fun were Russell from the Welsh Highland Heritage Railway and Prince from the Ffestiniog, the two engines visited on the weekend of 4th July 2015, of which they were placed on temporary sidings due to the gauge difference.

They were two events I visited over the year, the one in July and another in August, first we will revisit the July special with a few new pictures, before moving onto the August event.

I based myself around Tywyn Wharf for the July event as Russell and Prince, along with plenty of other action was happening on my day of travel.

The first train I saw depart was the Wedding train depart, this was being hauled by Fletcher Jennings Locomotive, Dolgoch. Along with the Big locos, there was also a miniature railway running, which took passengers down the siding. They was also a garden railway which was also running on my day of visit. No.1 Talyllyn was posed ready for a picture with Russell and Prince.

Prince is No.2 on the Ffestiniog and is built by George England. Russell is recently been brought back to service after a major overhaul. Both engines helped to bring slate from to the mountains to the ports at Porthmadog and Caernarfon respectively. The Talyllyn Railway was originally built to bring slate from the mines at Nant Gwernol down to the port and Main Line at Tywyn.

Tywyn became very busy when it was time due to the Mail Train being ready for departure, this is the busiest I have ever seen Tywyn Wharf station. It was a very popular train!

In the picture above, if you look closely, you can see that they are 6 engines in Wharf at this point, Duncan waits with the Service train, Talyllyn is boarding the Mail Train, Tom Rolt and Sir Hadyn hid behind the mail train. Prince and Russell continue their runs up and down the siding.

We now move onto the August event.

For this event I started off at Abergynolwyn, before descending on the train to Wharf. When I arrived at Abergynolwyn, No.1 Talyllyn had just arrived with the down Mixed Freight train, this consisted of a vintage train plus mixed freight wagons. Then, one of the volunteers unlocked the box wagon, which revealed a life-sized sheep! Which was put on display to re-enact what would have happened on market day.

No.1 Talyllyn then departed with the mixed freight train bound for Tywyn. But prior to departing it passed Edward Thomas, which was running a service train up to Nant Gwernol. I then travelled from Abergynolwyn to Wharf, stopping to pass Tom Rolt at Quarry Siding. We had to stop at Pendre to pass Talyllyn so we could enter Wharf safely.

When I arrived back at Wharf, Duncan was giving footplate rides, and Edward Thomas got ready for the last departure of the day, which was the Talyllyn Railway Beer Festival train.

Thanks for reading, I hoped you enjoyed reading about the special year that Talyllyn had. The railway is very well run and is well worth a visit for all ages. I really recommend a visit. Throwback Thursdays – Episode 27 – Prince and Palmerston on the Ffestiniog Railway