The Earl now has funding have its overhaul complete 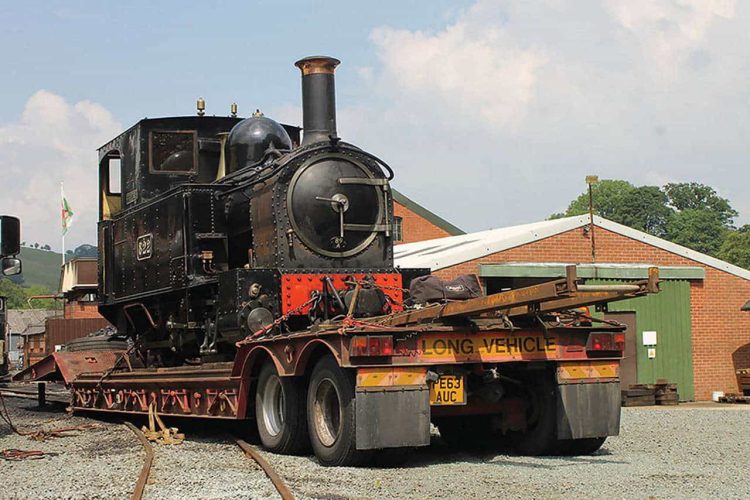 The Welshpool and Llanfair Railway has announced that they have raised £95,000 in three months to complete the overhaul of steam locomotive ‘The Earl’.

However, with the coronavirus pandemic resulting in the closure of the Welshpool and Llanfair Light Railway for four months, it put the railway under pressure regarding finances.

This meant the there was a risk that the WLLR would have to ask the Vale of Rheidol Railway to suspend the overhaul, which was half complete at the time lockdown was announced.

Success came with the WLLR’s Tracks to Recovery Appeal, which raised more than £55,000 to help the line with their costs during the closure. This encouraged the railway to rename the appeal to ‘Keep The Earl On Track’, with a minimum of £30,000 to complete the locomotives rolling chassis.

In three-months, supports have raised the £95,000, which has now allowed the railway to give the green light to the Vale of Rheidol Railway to complete the overhaul when the workshop reopens, which is expected to be in November.

Revised dates for additional train services from Transport for Wales

“We are absolutely delighted with the success of the appeal and very grateful to all those who made contributions – having ‘The Earl’ back in time for the majority of the 2021 season is essential to our plans for 2021, particularly as sister locomotive ‘The Countess’ reaches its 10-year overhaul point early next year,” said W&LLR spokesman Andrew Charman.

“Our friends at the Vale of Rheidol completing ‘The Earl’ will allow our own mechanical engineering department to concentrate on completing the restoration of ‘Sir Drefaldwyn’, the work on which has suffered from many delays not least due to Covid-19,” Andrew added.

“With ‘The Earl’, ‘Sir Drefaldwyn’ and our visiting Austrian engine ‘Zillertal’ on the roster in 2021, we should be able to offer visitors three contrasting but equally interesting types of motive power on their trains.” Phil Mason, owner of Kerr Stuart Diana, has announced that the locomotive will be heading to the Talyllyn...