3D technology to bring steam locomotive No.2007 Prince of Wales to life 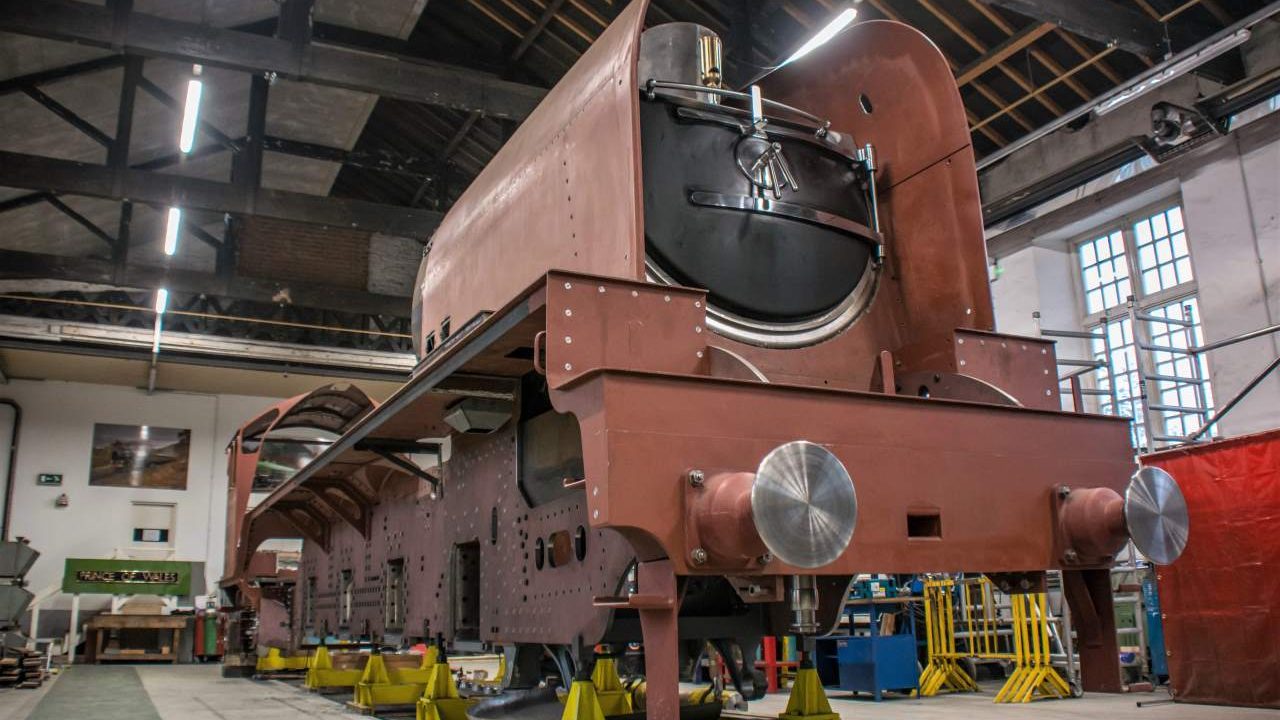 The project to build steam locomotive No.2007 Prince of Wales has announced that C3Sixty has completed a virtual reality 3D tour of Darlington Locomotive Works.

The tour allows visitors to the project’s website to see P2 steam locomotive No.2007 Prince of Wales under construction.

Director of C3Sixty, Adam Pomeroy, approached the A1 Steam Locomotive Trust following a visit to the Darlington Locomotive Works with his family.

For those with 3D headsets/glasses, the tour can be accessed via the Google icon in the bottom right hand.

What is a P2 Mikado?

The P2s, also known as The ‘Mikados’, was the most powerful express locomotive in the UK. Designed in the 1930s by Sir Nigel Gresley, they were designed to haul 600-ton trains. The build of 2007 is at an estimated cost of £5 million. It will use modern construction techniques, such as Computer Aided Design (CAD).

“C3Sixty is delighted to be able to work with The A1 Steam Locomotive Trust and provide a 3D virtual reality tour of Darlington Locomotive Works and No. 2007 Prince of Wales. This is such an exciting local project and we are delighted that we are able to help promote how excellent it really is!

“We are looking forward to working together further with The A1 Steam Locomotive Trust to create further 3D virtual tours as the build progresses and a 360-degree video of a footplate ride on No. 60163 Tornado”

“We are pleased that C3Sixty approached us with this idea as it enables us to give our supporters a feel for what goes on in Darlington Locomotive Works, no matter where in the world they are. We are extremely grateful for their sponsorship of the 3D tour of No. 2007 Prince of Wales.

“We are delighted with the level of support that the project to build Britain’s most powerful steam locomotive has received since construction started only three years ago. Thanks to our supporters’ continued generosity, almost £2m has been spent on construction, over £2.4m donated and over £3m pledged.