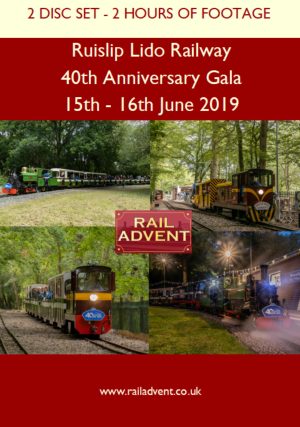 A 2 disc set features footage from our weekend at the Ruislip Lido Railway 40th Anniversary Gala. Featuring footage from every day at the gala, which was held from the 15th – 16th June 2019., this set features 6 locomotives in action throughout the 2 days, including the special ‘invite-only’ evening, including triple headers in the night! – these are:

The set features footage from every station on the line, as well as many of EXCLUSIVE lineside only spots (thanks to the Ruislip Lido Railway for allowing us this access).

ShareTweetPinShareShare
No Result
View All Result