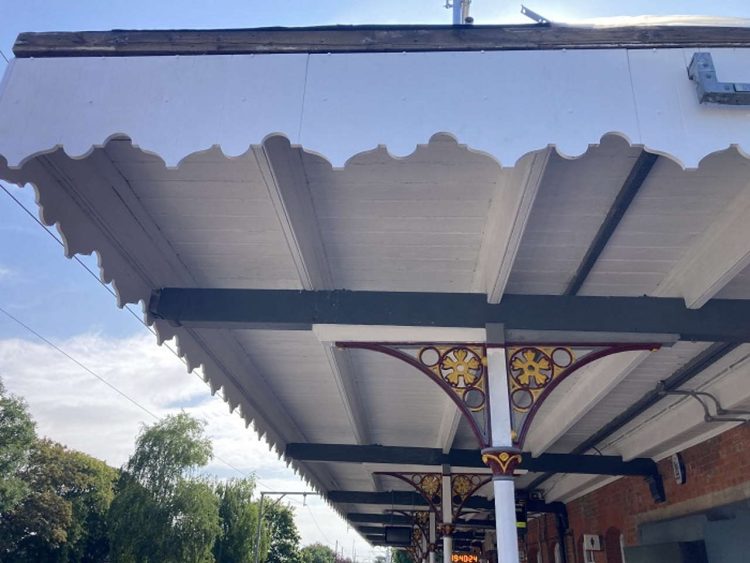 The Victorian railway station at Frinton-on-Sea in Essex has received a makeover thanks to restoration work carried out by Greater Anglia.

Greater Anglia provided £200,000 towards funding for the works to give the station a new lease of life, whilst the Railway Heritage Trust provided a further £50,000.

The Railway Heritage Trust was set up by British Rail in 1985 to assist the operational railway in its preservation and upkeep of listed buildings and structures.

Frinton-on-Sea railway station is on the Walton-on-the-Naze branch line from Colchester on Liverpool Street to Norwich main line. The station was opened by the Tendring Hundred Railway in 1867, and until 2007 was just called Frinton.

Greater Anglia’s Asset Management Director, Simone Bailey, said: “We are very grateful to the Railway Heritage Trust for their help and support in restoring Frinton-on-Sea station, to conserve its unique features for future generations to enjoy and to improve and protect the building, making it fit for use in the 21st Century.”

“I would like to thank customers and the Frinton community for their patience while this work was carried out.”
Tim Hedley-Jones, Executive Director of the Railway Heritage Trust, said:

“We are very pleased to have supported Greater Anglia with a grant to help with the restoration work undertaken.

“We are especially pleased with the reinstatement of dagger boards to the canopy at this historic Victorian station. This project demonstrated excellent co-operation between Greater Anglia and the Railway Heritage Trust, but we are also grateful to The Frinton and Walton Heritage Trust for providing historic photographs.”