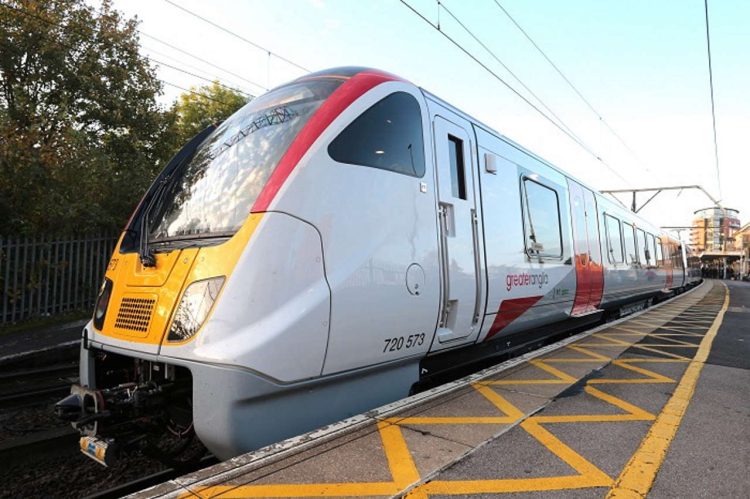 All of the new trains are longer and offer more seating, air conditioning, plug and USB points, fast free wifi alongside improvements in accessibility features such as accessible toilets on each train. The new trains also feature dedicated cycle spaces on every train as well as improved passenger information such as screens that detail which part of the train has more seating available.

Greater Anglia is already seeing improvements in reliability and punctuality with the new trains also providing a reduction in the rail operator’s carbon footprint using the train’s many state-of-the-art green features such as regenerative brakes which harness the energy created when braking, returning it to the power network. The trains also feature intelligent computer systems which also save energy.

Later in August, a major project for Greater Anglia will see platforms at Hertford East, Ware and Broxbourne made long enough for the new ten-carriage trains. The project will enter its final phase with a 17-day programme of intensive work carried out between Saturday the 13th and Monday the 29th of August. Following the planned works, service on the well-used Hertford East line will enjoy substantially increased seating capacity.

Jamie Burles, Greater Anglia managing director, said: “We’re really pleased to reach this major milestone in the transformation of our train fleet to one comprising all new trains.

“Our West Anglia passengers now have new trains on every service, offering a much better and more comfortable travelling environment. They also enable us to deliver a more punctual, reliable, consistent and resilient service.

“It was always our aim to provide a real, positive step change in service quality for our customers and communities. That is now a reality for all our West Anglia, Stansted Express, intercity and regional customers and most travellers using our Great Eastern routes too.

“As we complete this £1.4 billion investment programme over the next year, we are making rail a high quality, reliable and convenient travel option for our region, as we recover from the pandemic and play our full part in meeting carbon reduction and net zero targets.”

Greater Anglia’s next stage of the new train roll-out will see its remaining un-refurbished old trains which are operating through the rest of Essex replaced with brand new trains. Following this exchange, just 30 old trains will be left,  all of which are refurbished electric commuter trains which feature air-conditioning, upgraded seating and interiors and operating routes to Southend, Chelmsford, Braintree, Colchester, Clacton and Harwich. These trains will also see a gradual replacement during the latter part of 2022 and into early 2023 which will see Greater Anglia’s move to new trains complete.

The rail operator has currently received 131 of the 191 brand new trains ordered, all of which are operating on the Norwich to London intercity route and all regional routes.