The upgrade means that more trains can be stabled at Eastcroft train depot which is a vital regional hub. 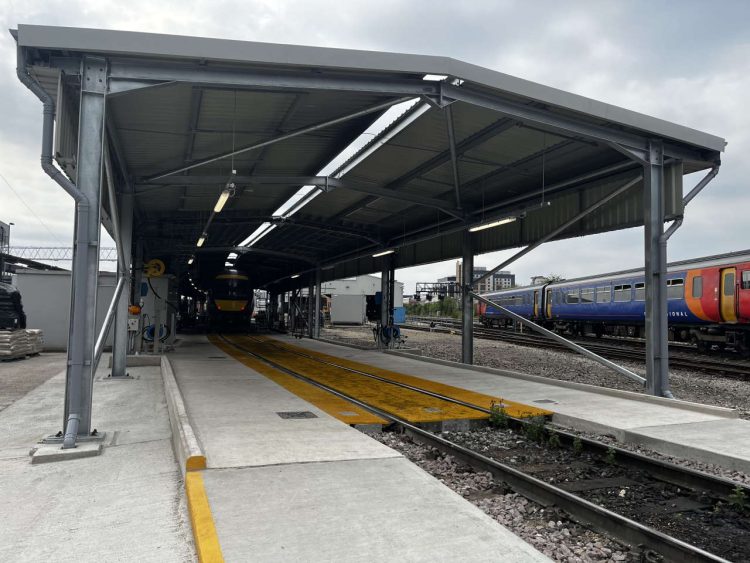 East Midlands Railway made a substantial investment at the depot which can now stable an increased number of trains with further improvements also carried out including the addition of extra fuel pumps and an upgrade to the train cleaning facilities.

The rail operator has also worked with Network Rail who invested £360,000 for a new lighting system which has been installed at the London Road depot and will bring improvements in safety.

The Eastcroft train depot provided day-to-day maintenance for the East Midlands Railway Regional fleet which requires an array of complicated operations as the fleet is separated into three different types of trains – Class 156, 158 and 170s.

The investment will support East Midlands Railway in delivering its current timetable whilst moving forwards with the development of its regional services.

Neil Bamford, Fleet Director at East Midlands Railway, said: “On behalf of EMR, I would like to thank all the staff and partners who have worked so hard over the last few months to complete this important project to time and budget.

“The improvements are a significant upgrade to the city’s depot and will help to improve the overall service we can provide to EMR Regional customers – providing our teams with more flexibility and resilience.”

Deborah Fairweather, Senior Sponsor for Network Rail, said: “It’s been a pleasure to work with East Midlands Railway on this significant upgrade at Eastcroft Depot. We’re now providing better facilities for railway workers and more space for trains – a benefit which is ultimately passed on to passengers through a more flexible and reliable service.”