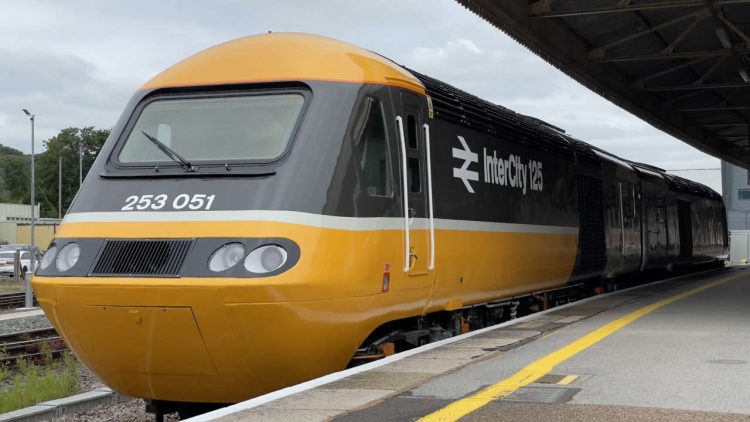 CrossCountry’s HST Power Car No. 43384 has stepped into the limelight today as it appeared in Exeter with its new livery.

43384 is now in InterCity ‘Executive’ livery, appearing as 43184 and took a test run from Laira TRSMD to Exeter St Davids and back.

Ben Broomfield has allowed us to share these photos of the new look power car – and I am sure you will agree, it looks fantastic!

The work on 43384 has been completed by the staff at Laira Depot in Plymouth and is the first CrossCountry power car to receive a special livery.

It isn’t yet known when the powercar will be seen on a passenger service – but it is great to see it out in the daylight.

This special livery comes hot on the heels of the news that London North Eastern Railway is to introduce an InterCity-inspired livery on its fleet of its InterCity 225 trains. RailView captures InterCity Executive liveried 43184 on the 6th and 7th of July 2022 at Chesterfield.